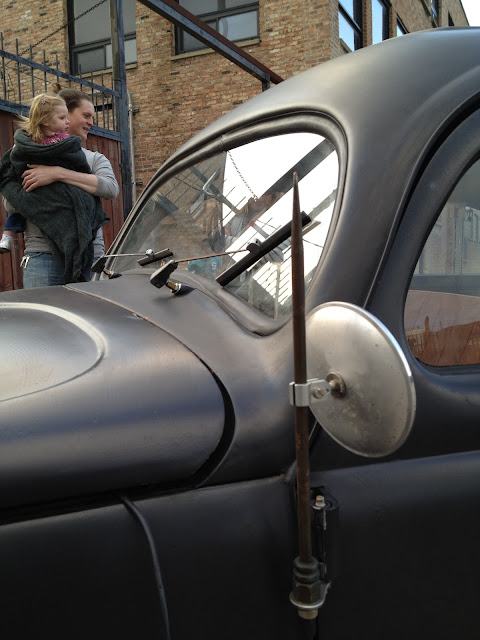 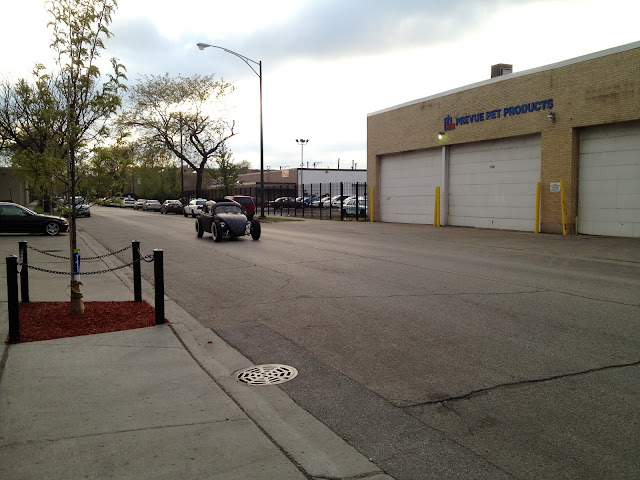 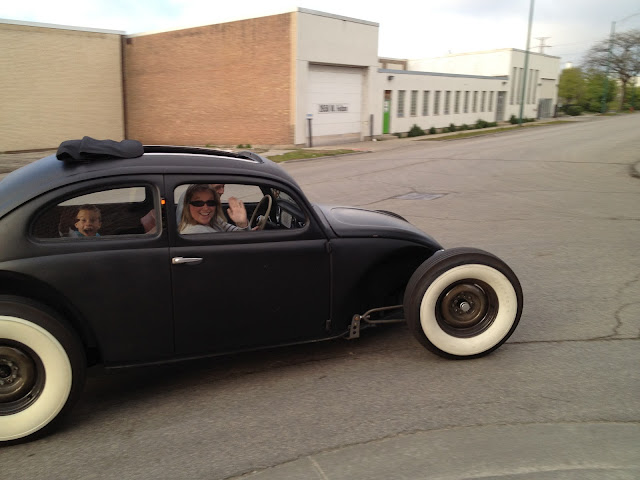 We stopped past Eric's last night after going to Bridie's Birthday party. Eric took Jill and Noah for a long promised ride in the volksrod and then I took Jill for a spin in it so I could check out E's brake job. It's suffering from the same ailment as my Beetle. Not sure what's up with them. Man, does his Beetle get up and go though! It's fast and having subpar brakes makes it even that much more scary. I think Noah was digging it. I also took his new BMW GS for a spin. It's a huge machine, but it still has the old beemer charm and semi clunky transmission. Good to know something don't change. Cool bike for sure, but way too new for a old cheap guy like myself.