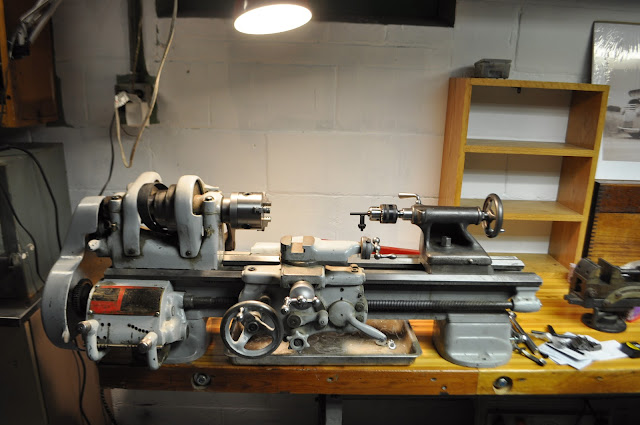 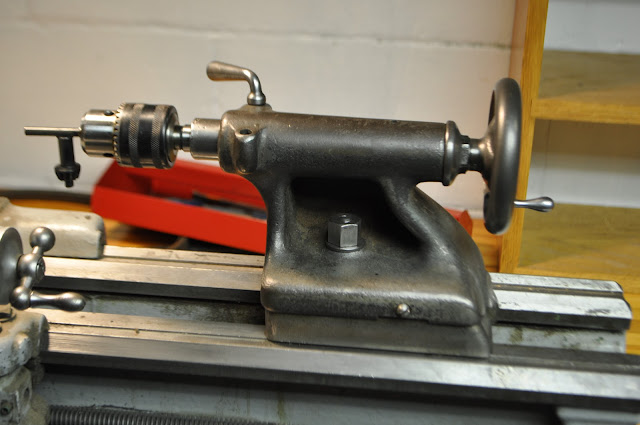 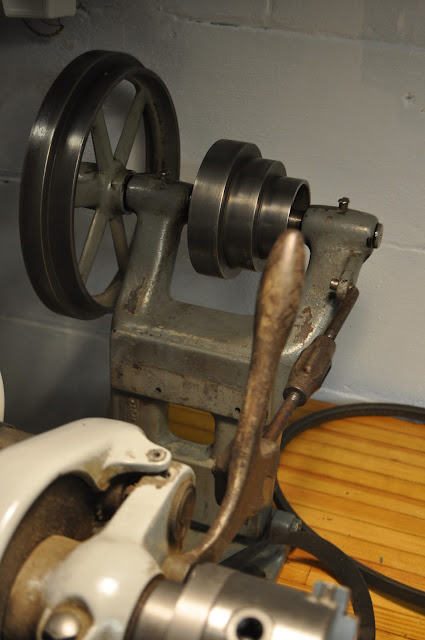 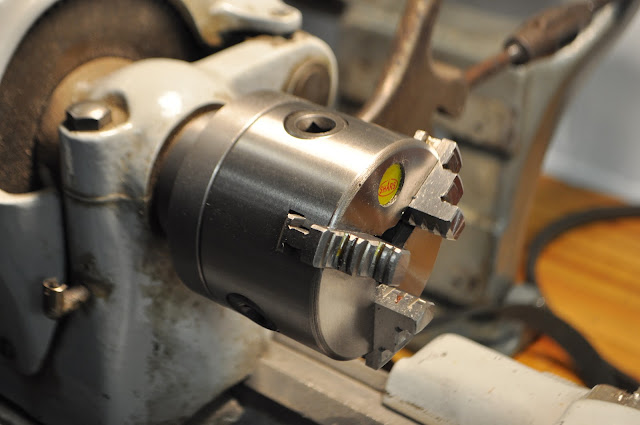 I picked up the necessary parts that I was lacking for my 9" South Bend Model A lathe. I had built this lathe from parts when I was in grad school, but had never gotten a tailstock or 3 jaw chuck for it. At the time, I had also restored a large (heavy) floor drive unit for it and it required bolting to the floor and took up a lot of space. The drive unit is somewhat rare, but super heavy and a beast to move and I had never had the proper cast iron legs for the lathe that made it the complete package. I decided to try and find a smaller table mounted countershaft drive unit so I could move it around a bit easier if need be. I was recently able to find the necessary parts needed to make the Model A complete. This will also give me access to a lathe in my basement shop which will be nice. I tested out some paint for the "new" parts and should be able to get them completely painted in the next couple days.

I have a Model C in my studio and I've had it for a long time, and it requires changing out thread gears to cut threads, but it has been a great machine other than that. It came from my Dad's machinist friend Bob and I traded some Montesa Cota 247 parts for it. I used it a ton in school but wanted a Model A; they were out of my price range at the time. In graduate school, I decided to buy a bunch of Model C and Model A parts and strip an clean them so I could make the necessary modifications to build up a complete Model A. I restored the parts and built up a decent lathe that I ended up cutting my Triumph chopper gas cap and bung with. I made a ball turning attachment for it and made great use of the second South Bend lathe. I think Ricky and Eric used it a bunch for some of their I.D. projects too. The second lathe made the move to Milwaukee and has been used my many students off and on over the past seven years. I almost sold it to the Sculpture department, but the office administration never made the purchase official, so I decided it was time to move it home. It's going to be nice to have a complete Model A on my workbench in the basement.

I tried to buy it but it wasn't meant to be. Looks good.

Thanks! That is a modification I've been wanting to do for a while. I've been running a synthetic belt that my Dad made me from belting material from "stackers" when he worked at a printing factory years ago. It would slip from time to time, but I it's getting worn, so I'm thankful for the part number. Thanks so much!


Keep an eye out for the turret - I found one locally for my 10" SB a while back and it is definitely useful from time to time. There's a guy on Ebay who has accessories made in china, had to buy a steady rest from him because the cost of a "vintage" one on Ebay was insane. Thinking about getting the metric gearset he sells as well. Mine is from the union owned era and was owned by an old man who used it to work on perpetual motion machines. He was always "this close" to perfecting one.

Nick Carter left the post above, but I accidentally deleted it.

I would love to find a turret! Just saw one on ebay...