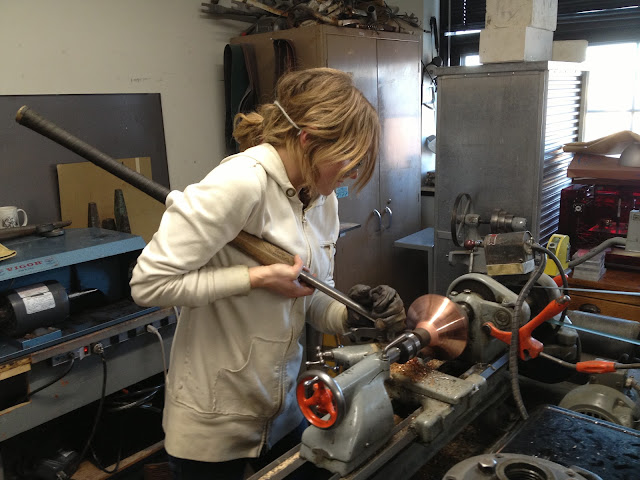 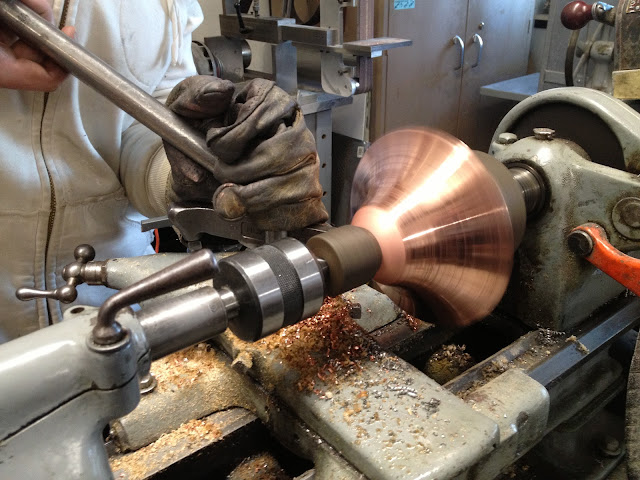 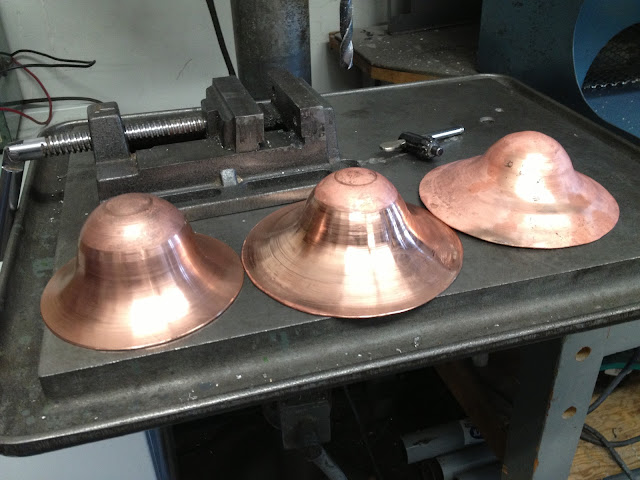 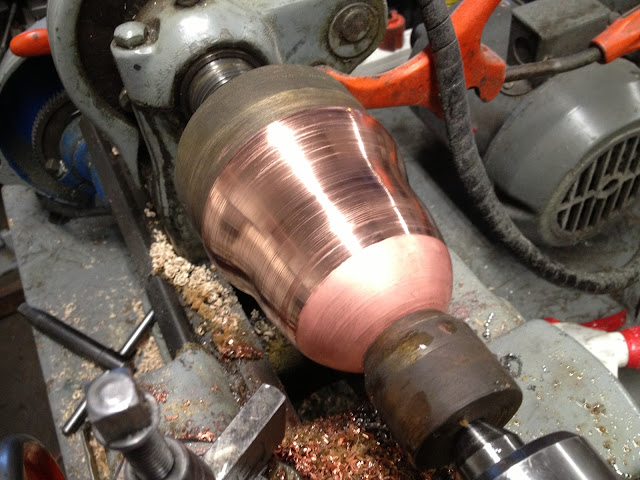 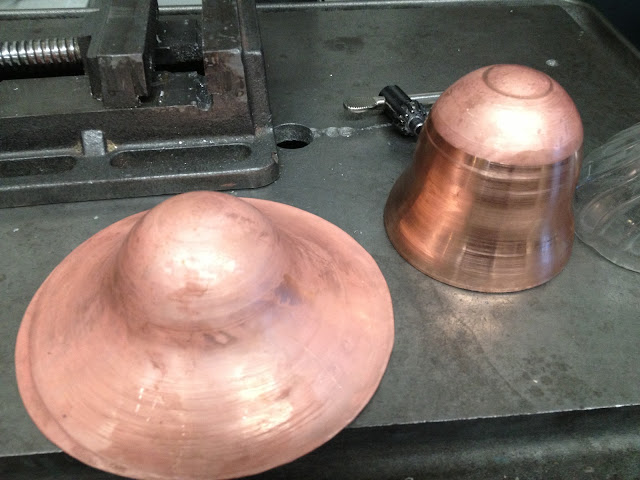 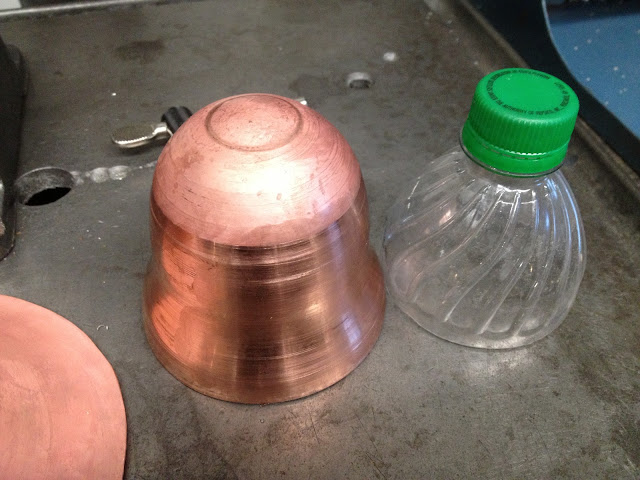 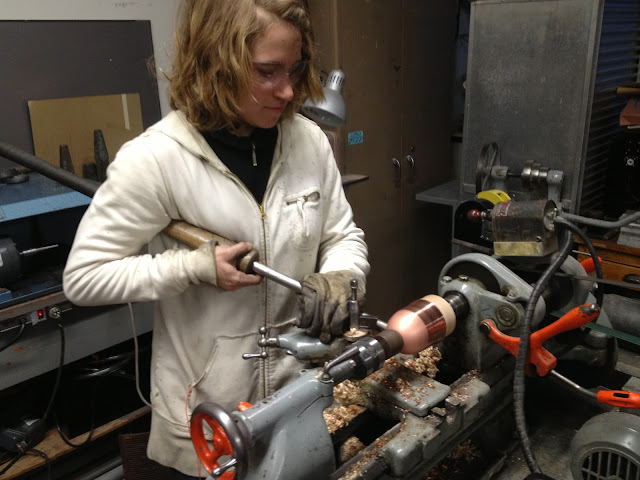 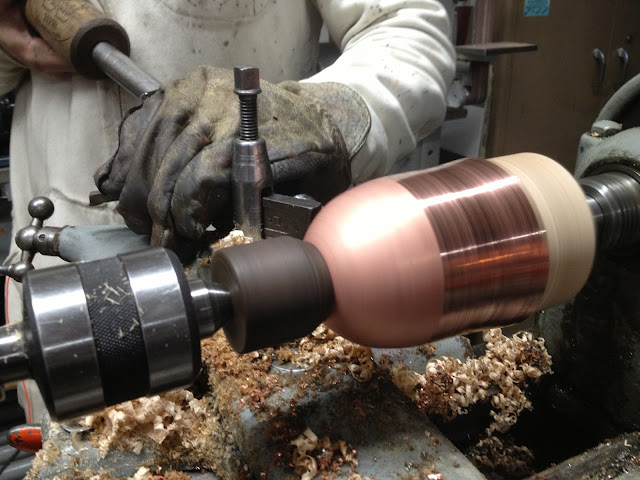 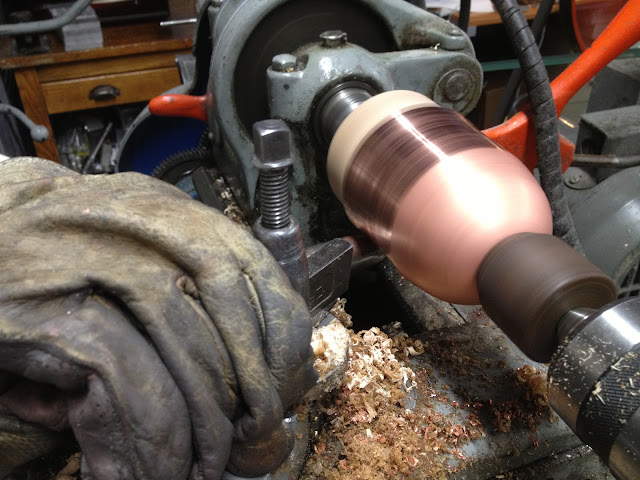 Yev's student Morgan is working on her senior BFA work. She asked if she could learn spinning for her thesis work, so we decided to meet up two times this past week to make it happen. She took to the process really quickly and her vessel forms are looking great. We had a few problems getting one the forms off the chuck as it had a rough top edge that had gotten caught and embedded itself into the chuck, but we made sure to wax the form generously after that incident. She continued to spin the other night after I left the studio and now she has four of these spun copper forms. She's done an excellent job and has been very careful.

As you can see the old South Bend isn't set up ideally for this application, but it does get the job done. I think she probably had 7 to 9 annealings in each form, which isn't too bad, but a proper spinning lathe would probably help this. Let me know if anyone out there has a lead on a good spinning lathe.

Posted by Frankie Flood at 9:14 AM

Yet another thing I would like to learn. I have what I believe is a wood lather that used to be set up for spinning, pretty sure I still have most of the bits for it, but the lathe got moved to the woodshop across the hall a few years before I started teaching here and I havent really felt the need to ask for it back. Might have to go figure it out now!