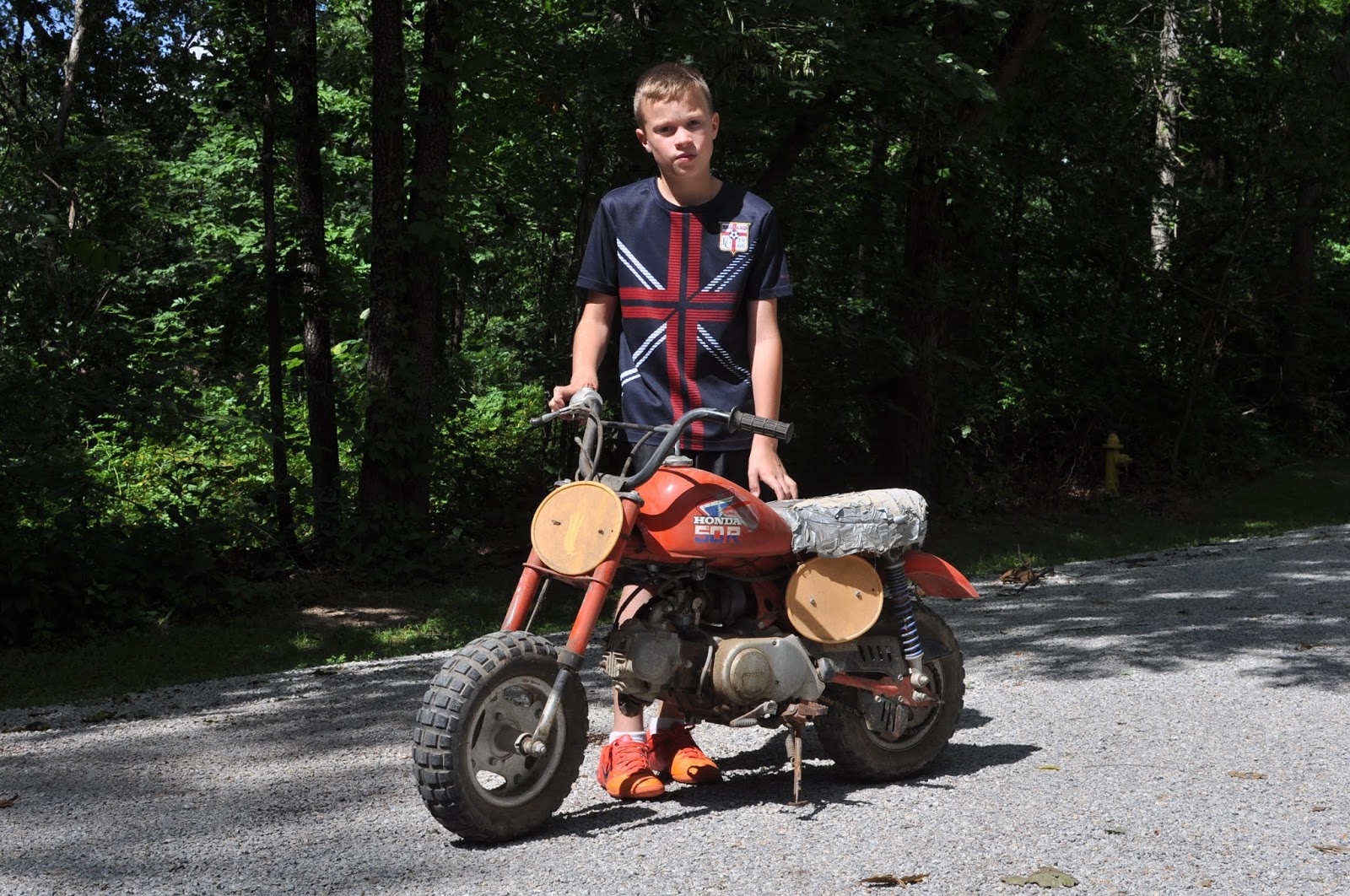 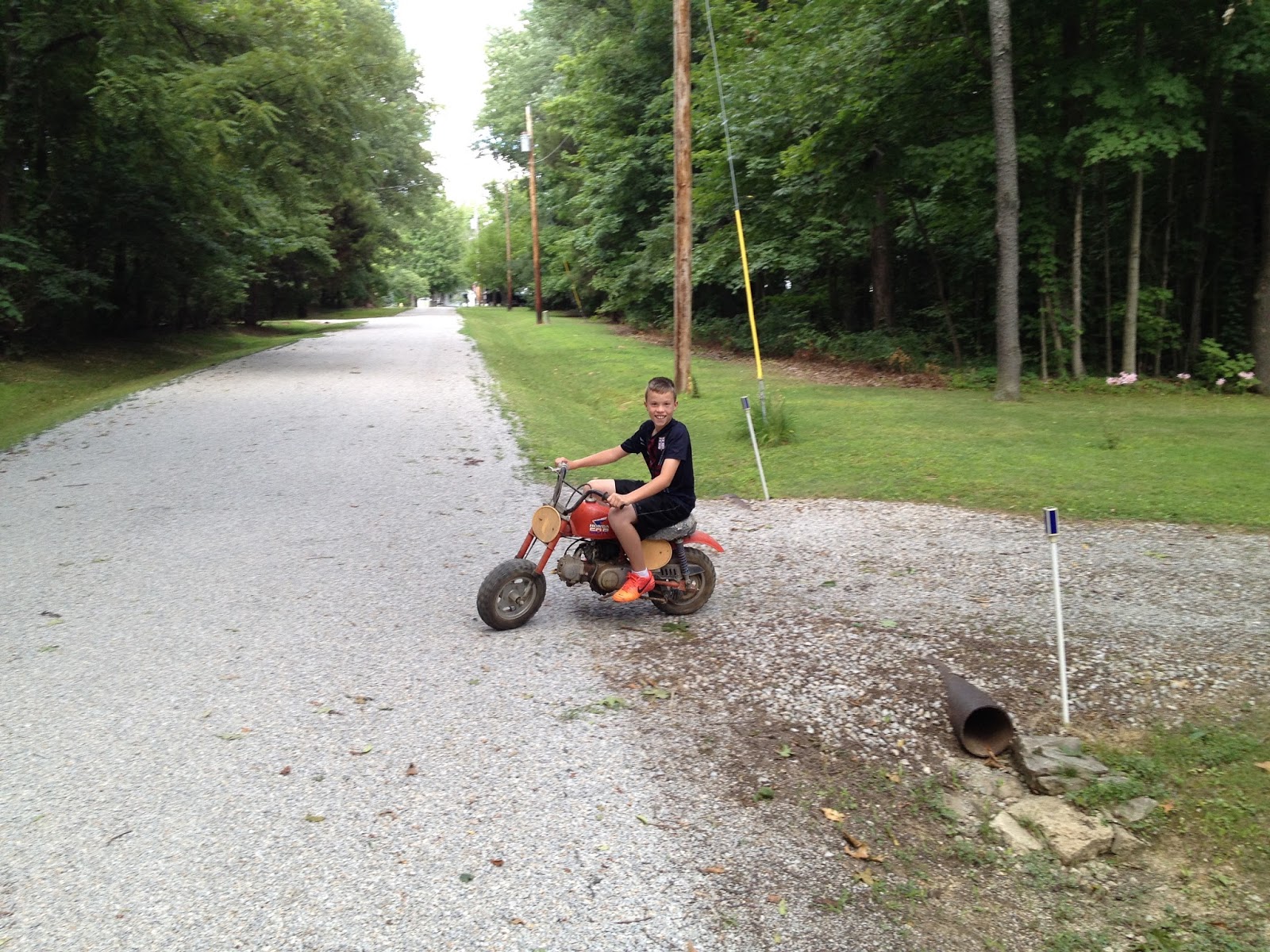 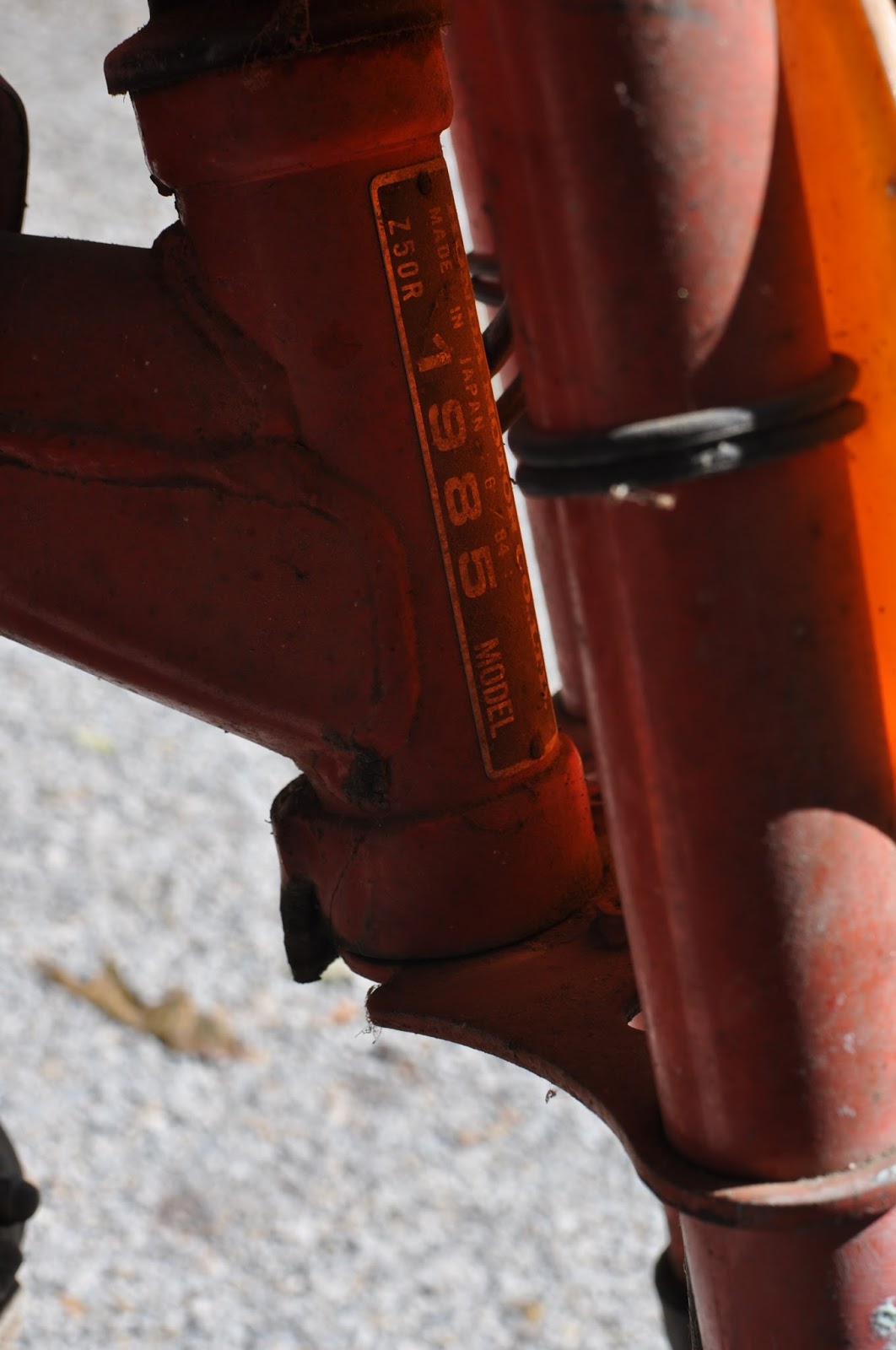 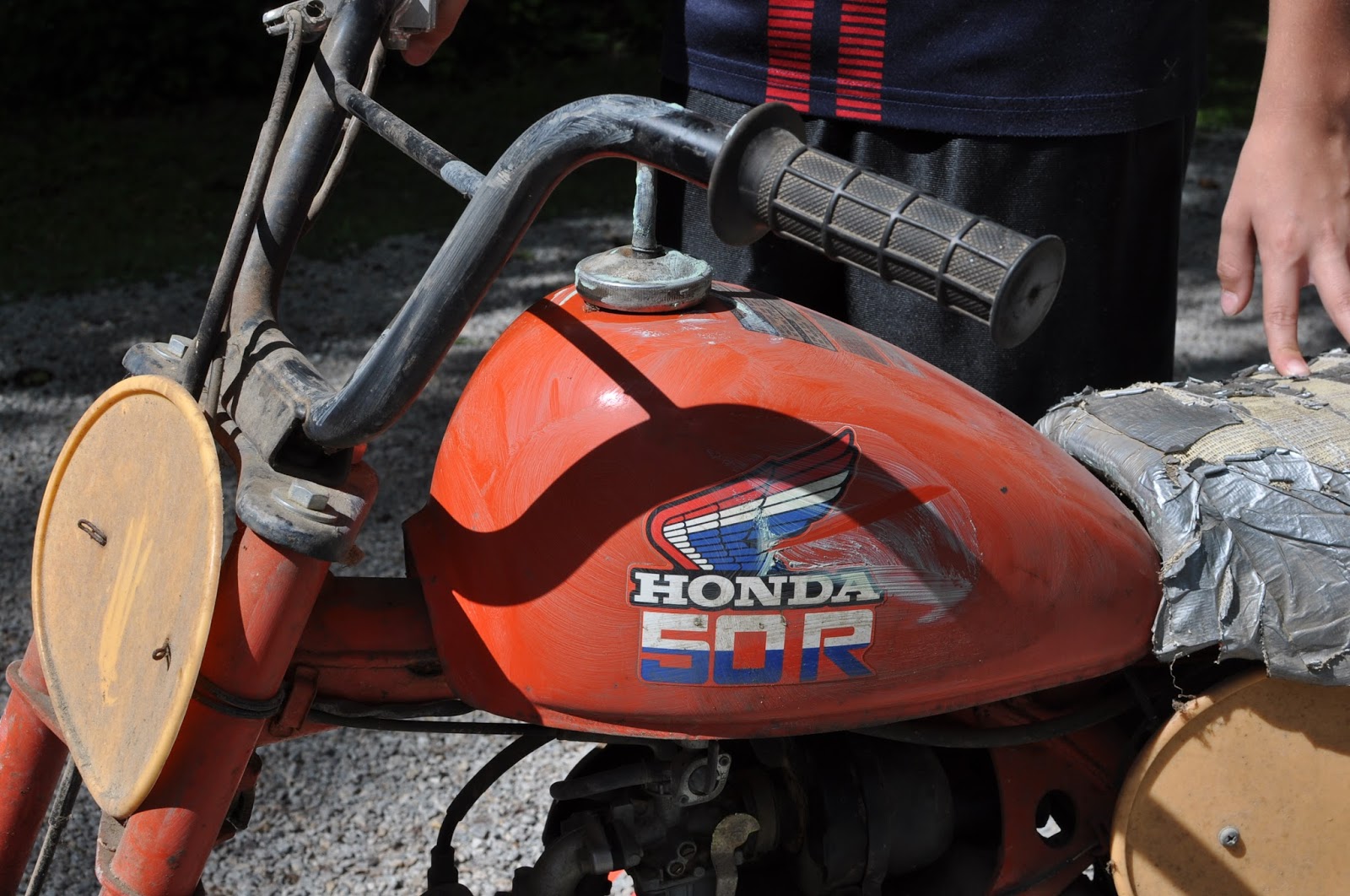 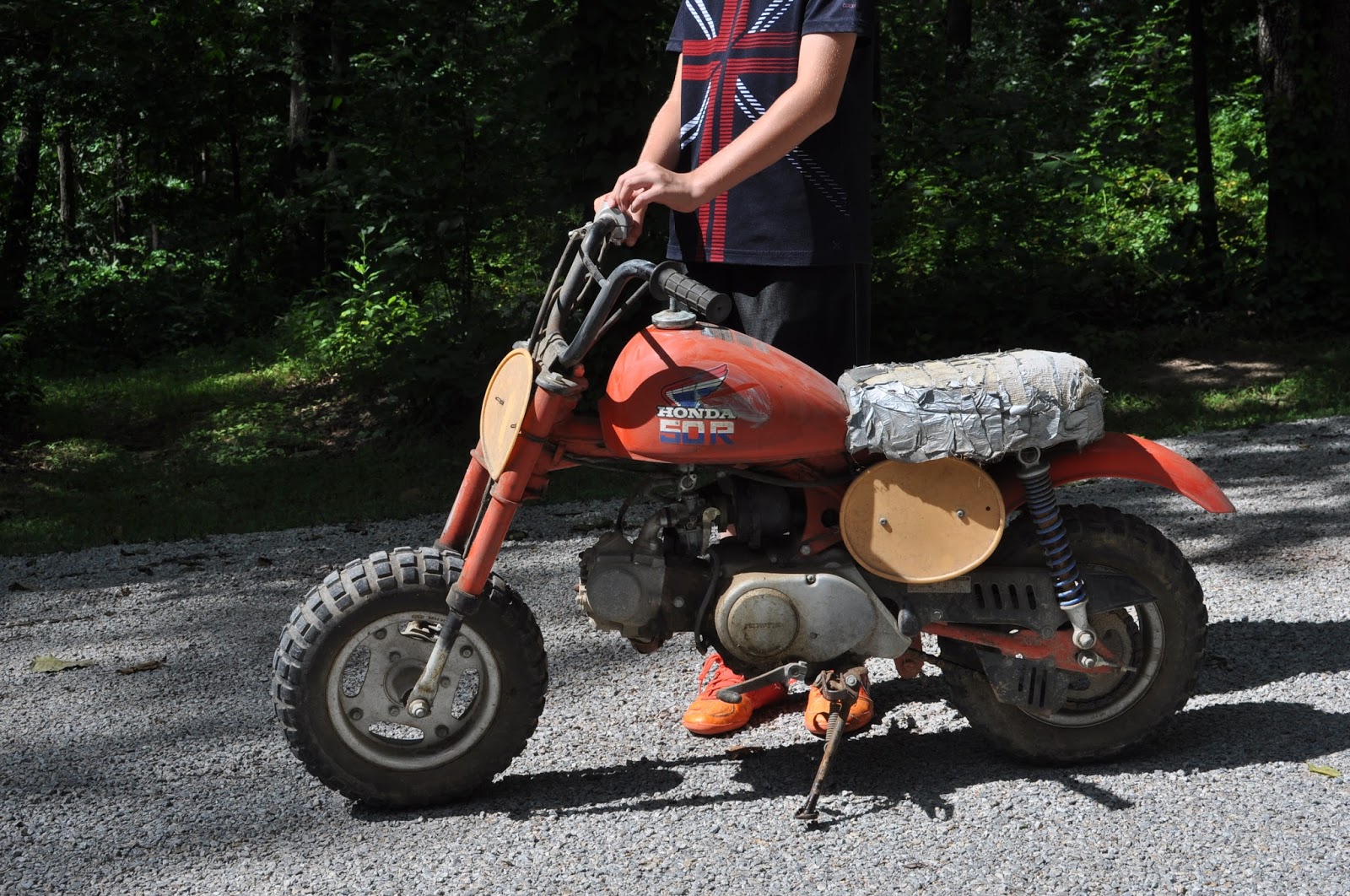 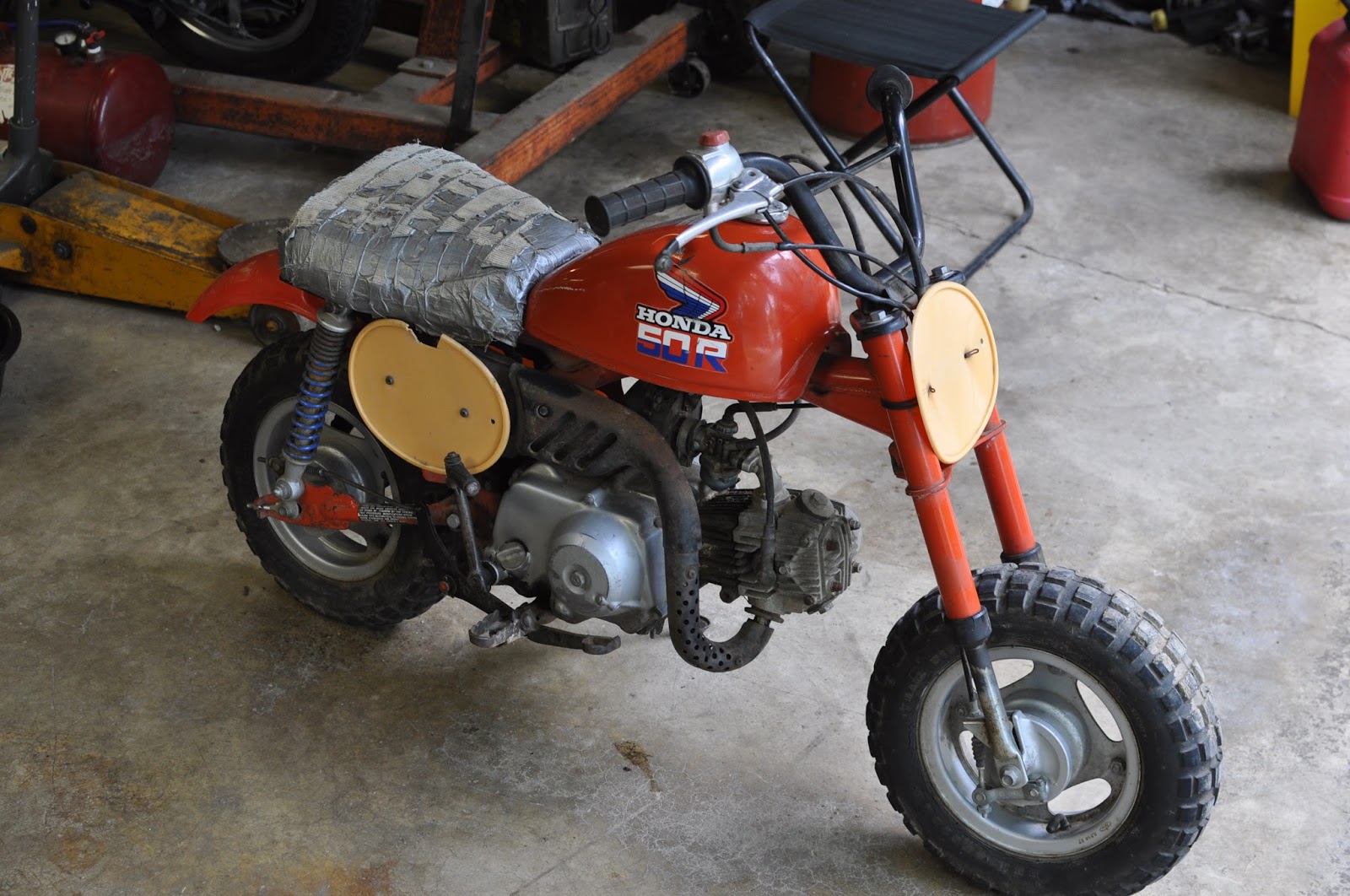 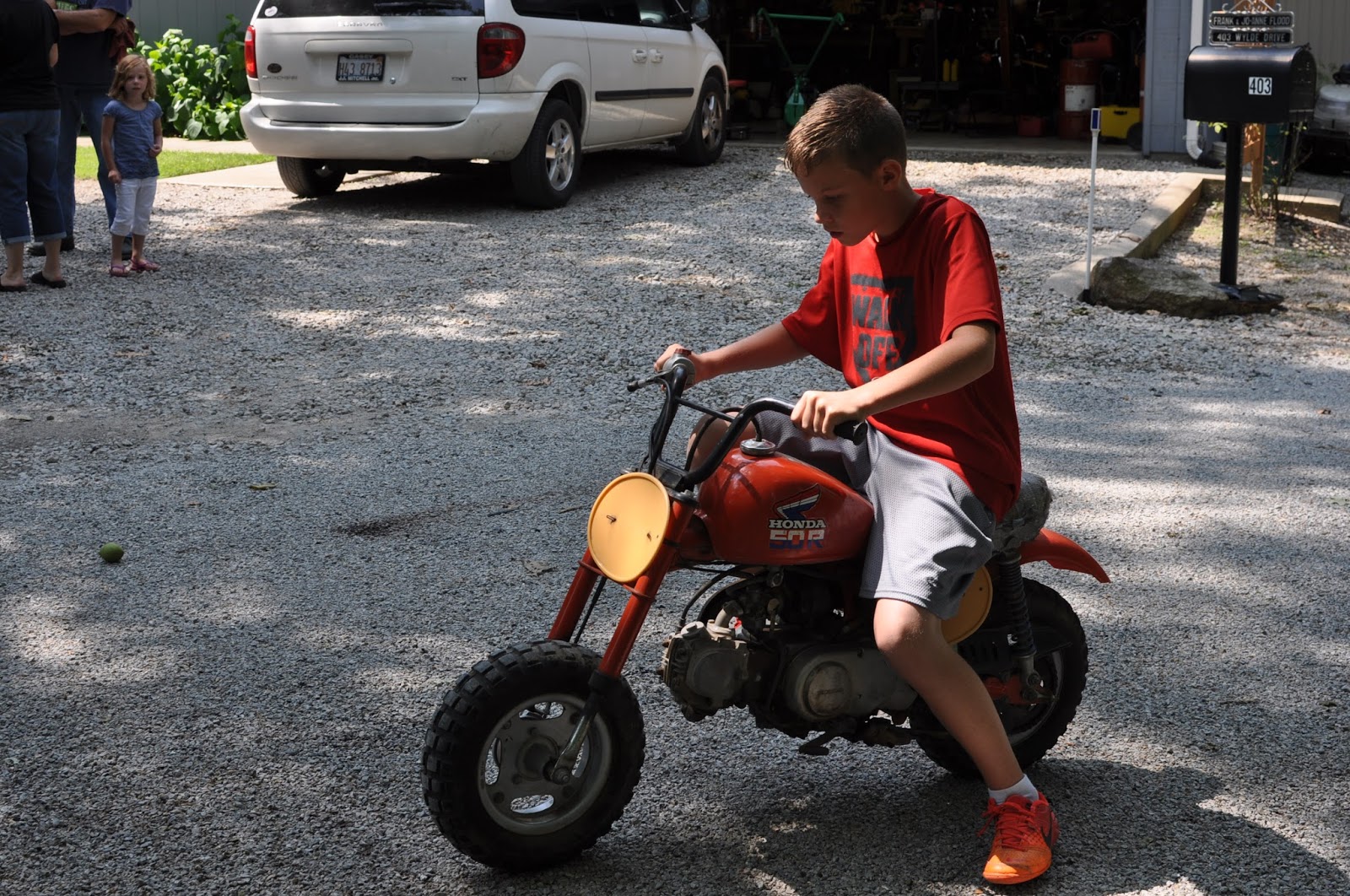 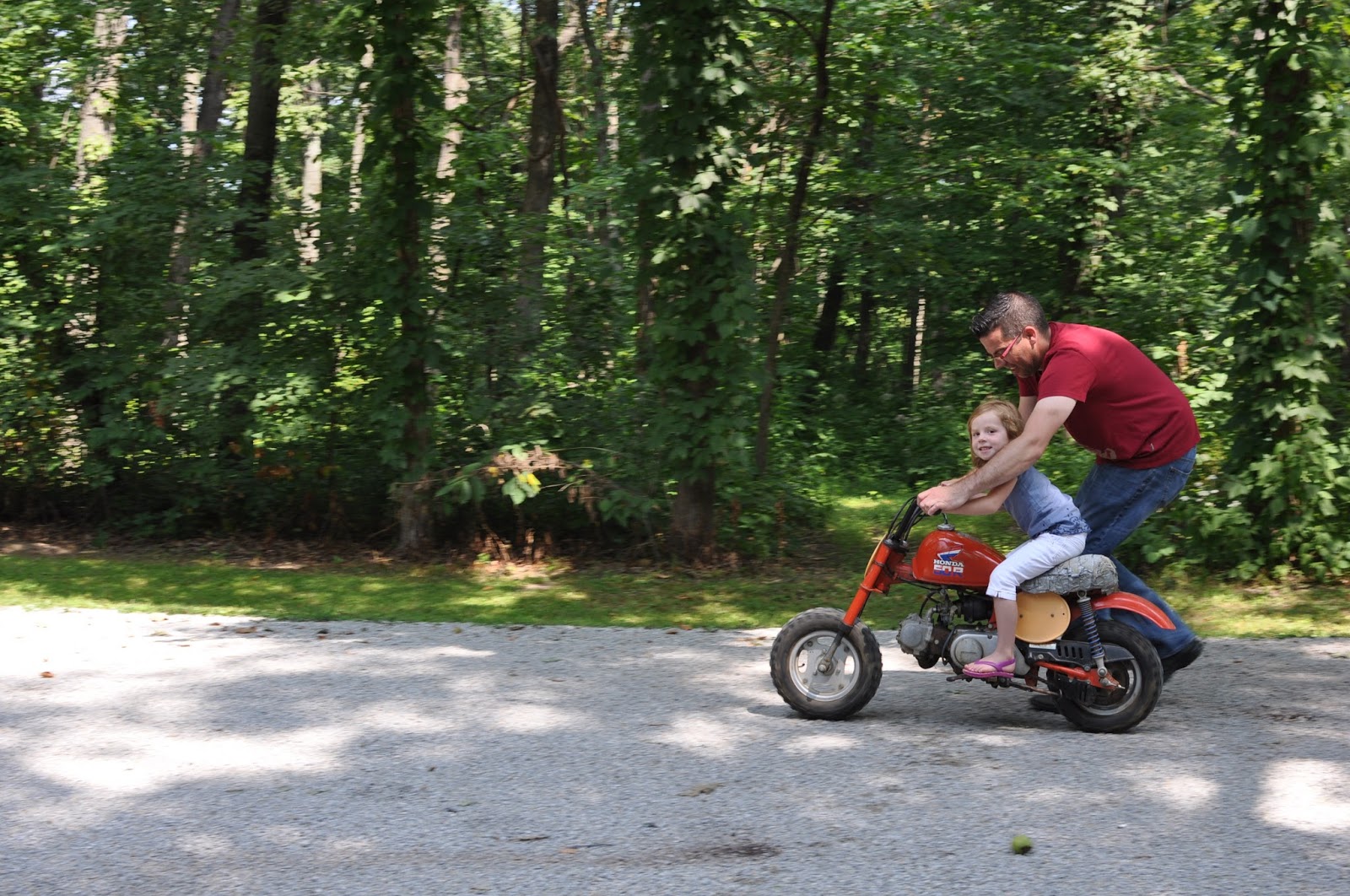 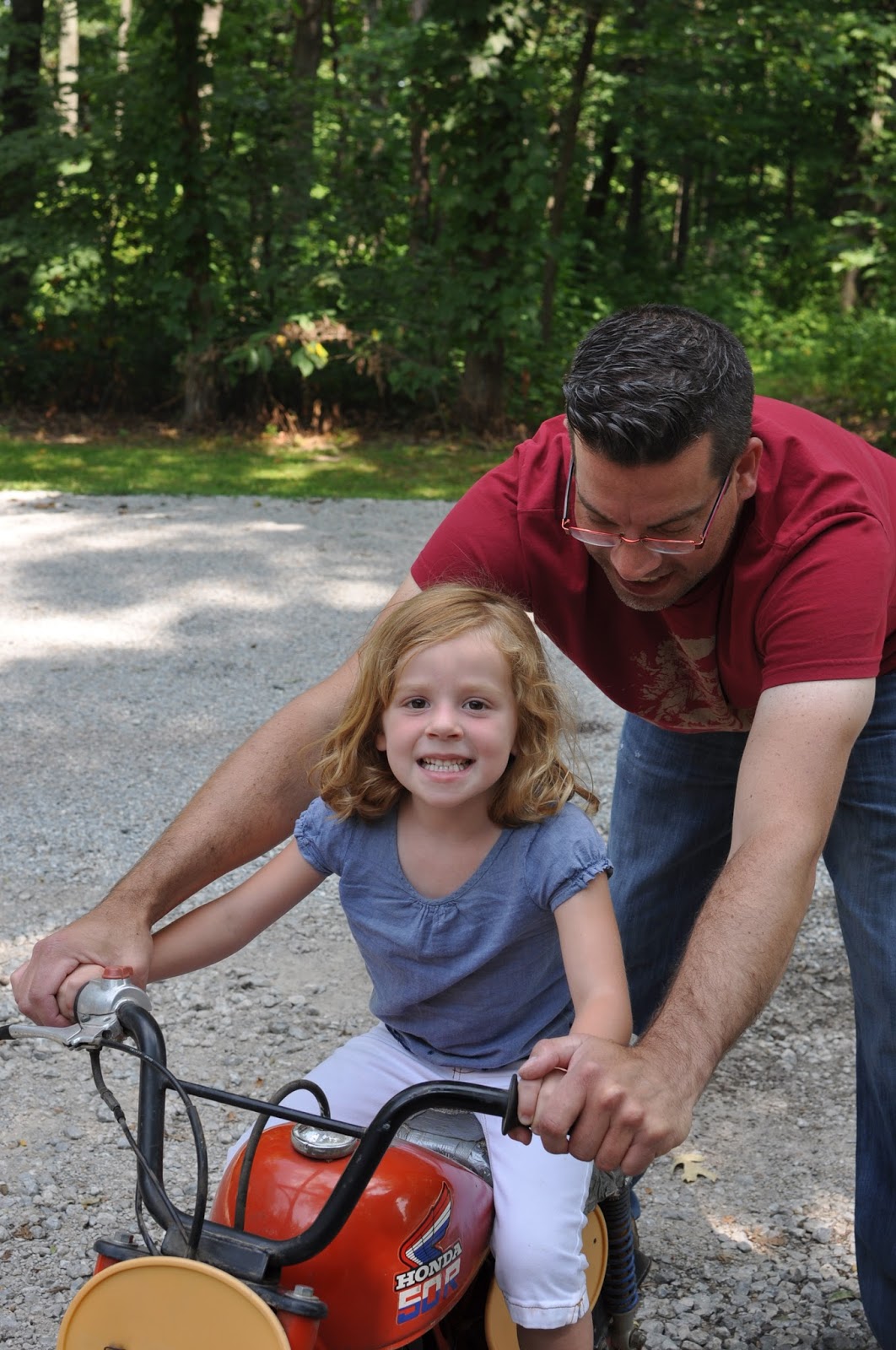 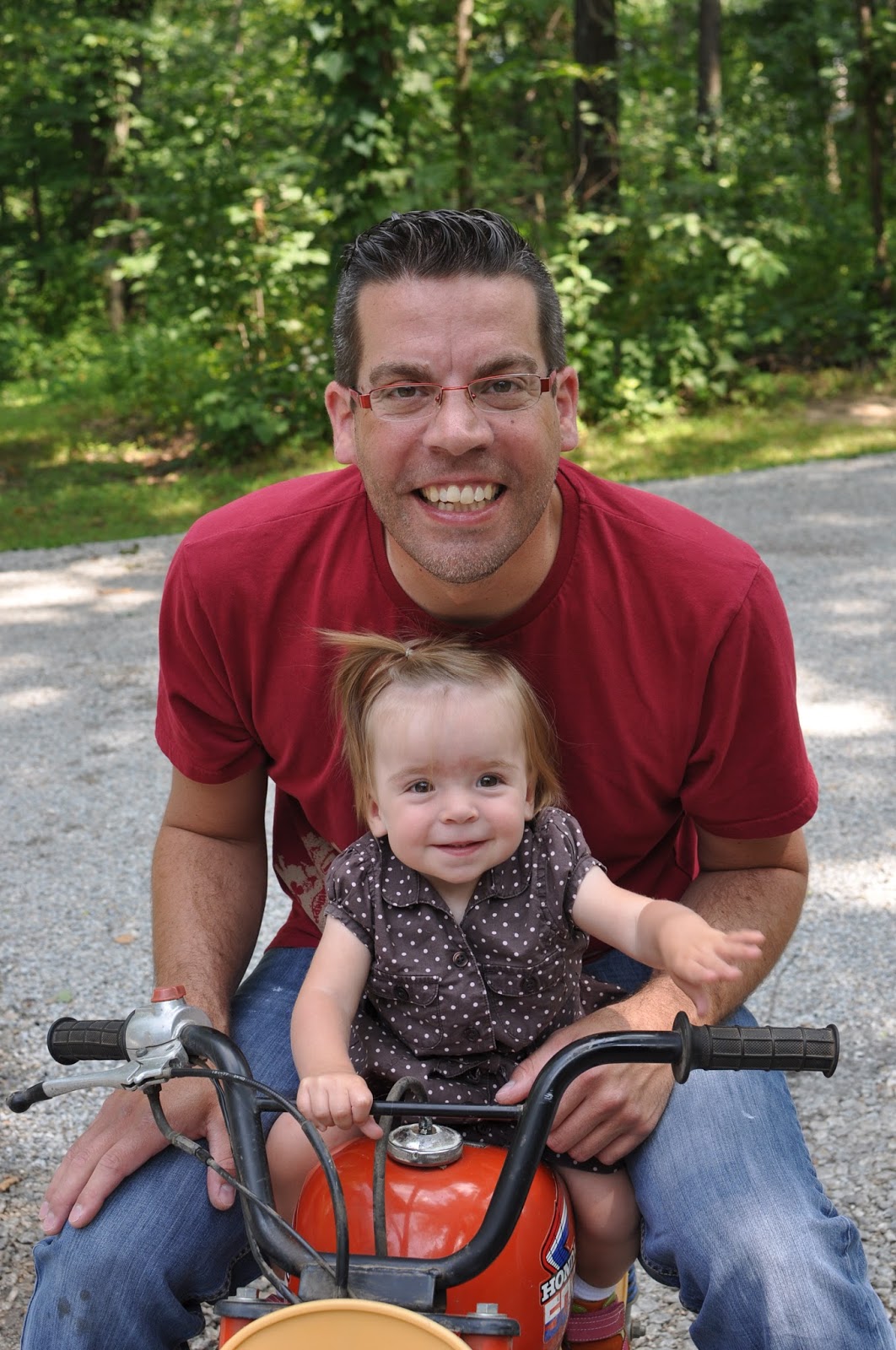 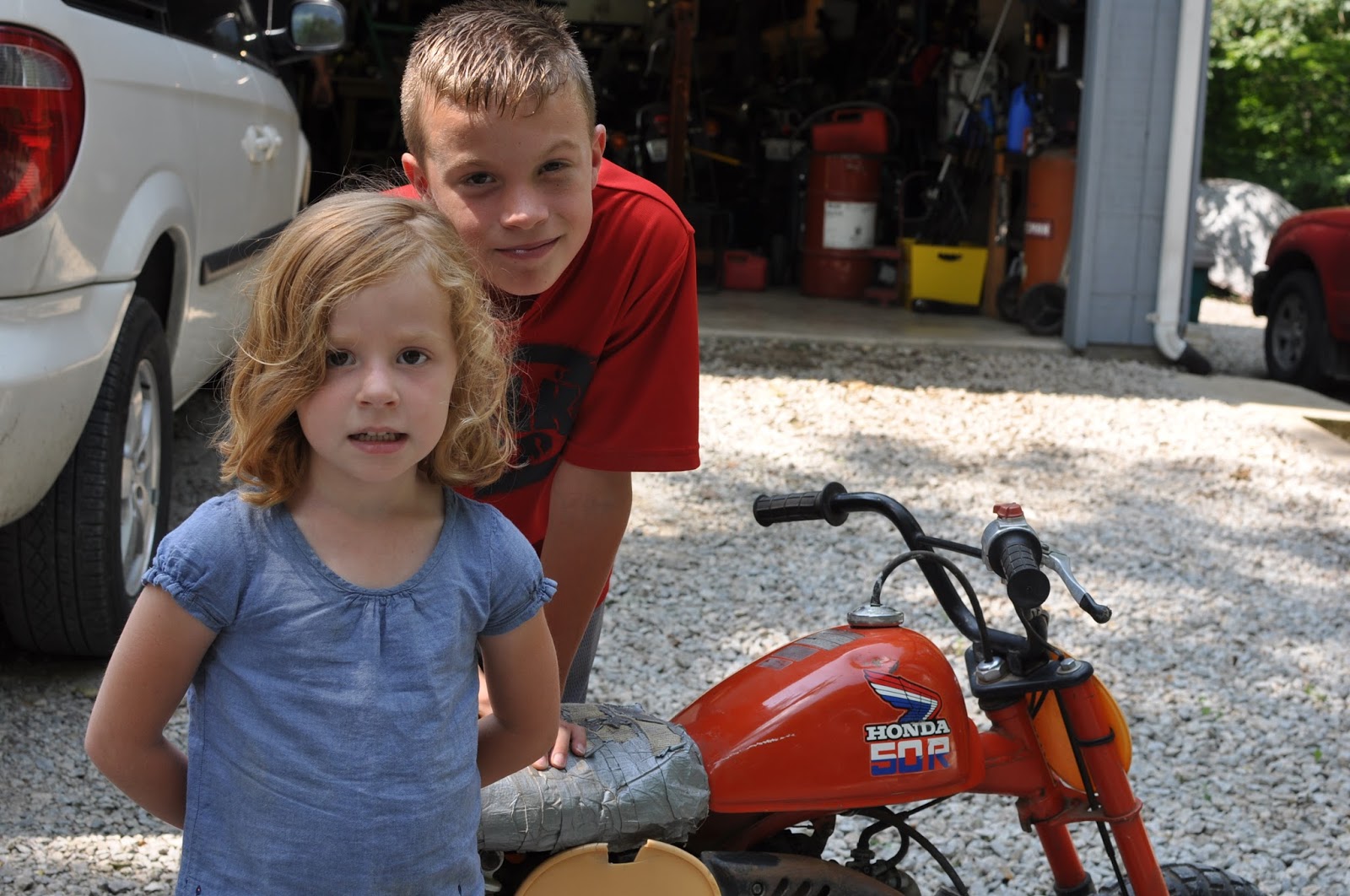 We went to my parents house in the afternoon on Monday before the visitation. My Dad mentioned that a high school friend of mine had dropped off his son's Honda Z50R for my Dad to look at. It didn't run and he was wondering if my Dad would be able to take a look at it and see what was wrong. Even though I only had an hour or so to spare, I decided that I would help Dad out and see if I could get it going. I took the carb off and cleaned out the varnish and gunk inside, and then my Dad made a new air filter element as the old element was disintegrating. We push fresh fuel in the tank, fired the little Z50 up after a few kicks, and Dad tuned the carb settings. Noah came out to the garage and took his first solo motorcycle ride to test the bike. Judging by his smile, I think that he was hooked. I have to admit, I even took it for a spin and it was a blast; even with the short turning radius caused by my knees hitting the handlebars. With only a few minutes to spare, Noah and I headed to Jill's parents to clean-up, wash off the gasoline smell away, and get changed for the visitation. My Dad adjusted the valves on the Honda and then before we left for Milwaukee on Wednesday, the Flood family (minus Jill) took a ride on the Z50, one at a time; except for Livvie who road "two-up". Of coarse, now the consensus in the Flood household is, that we need one of these machines. Keep in mind that three kids and a Dad outnumber one Mom