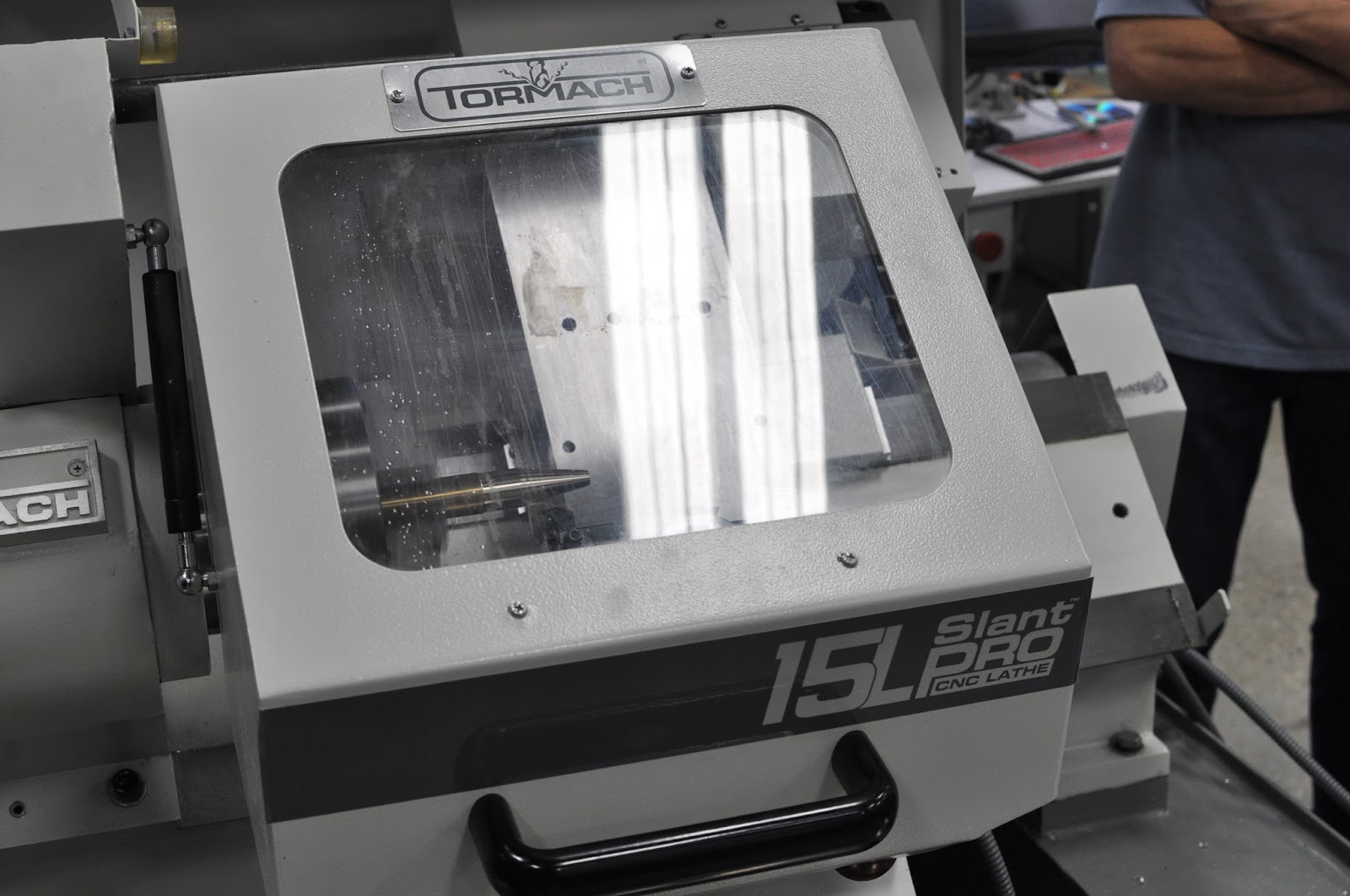 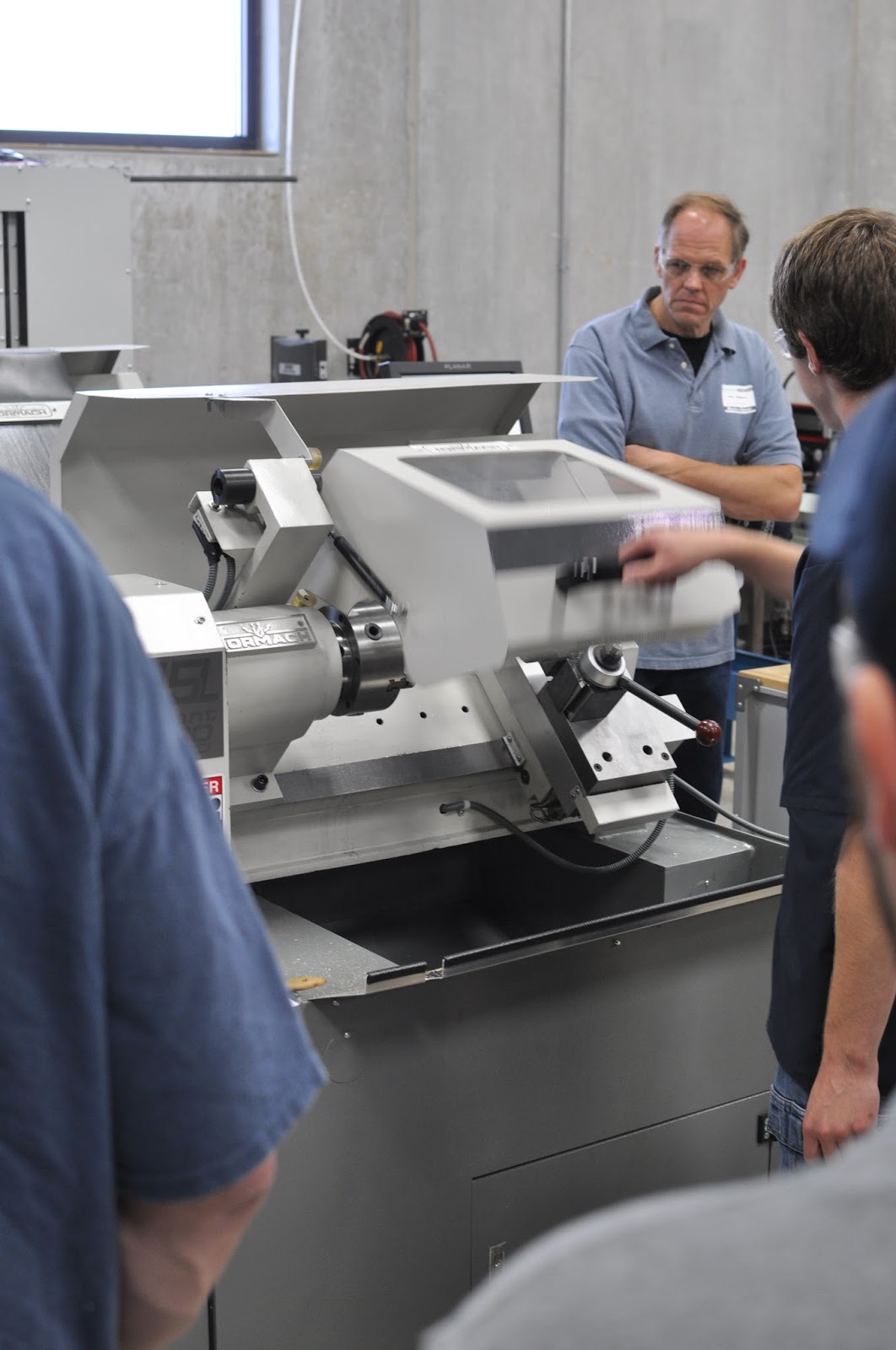 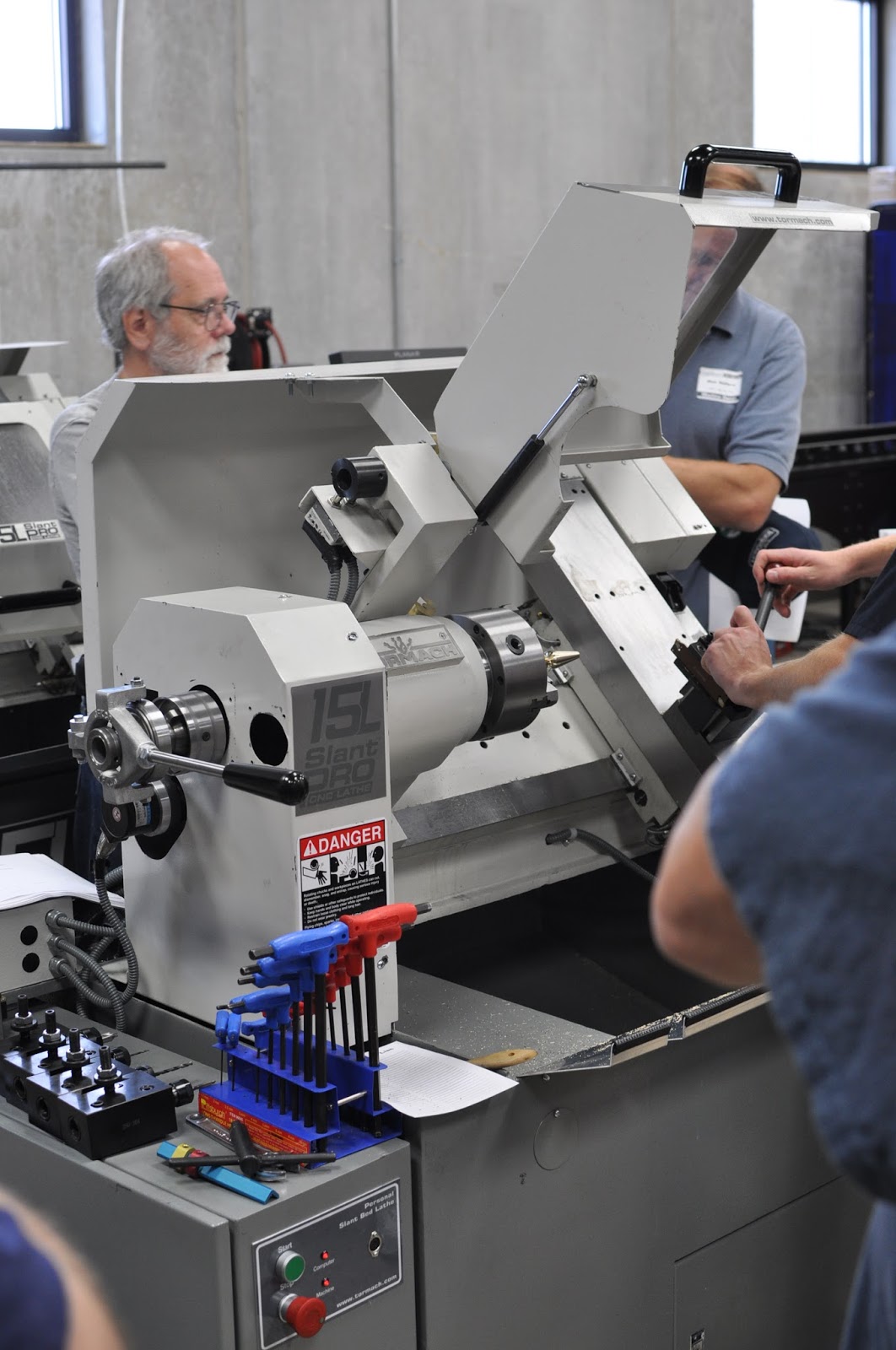 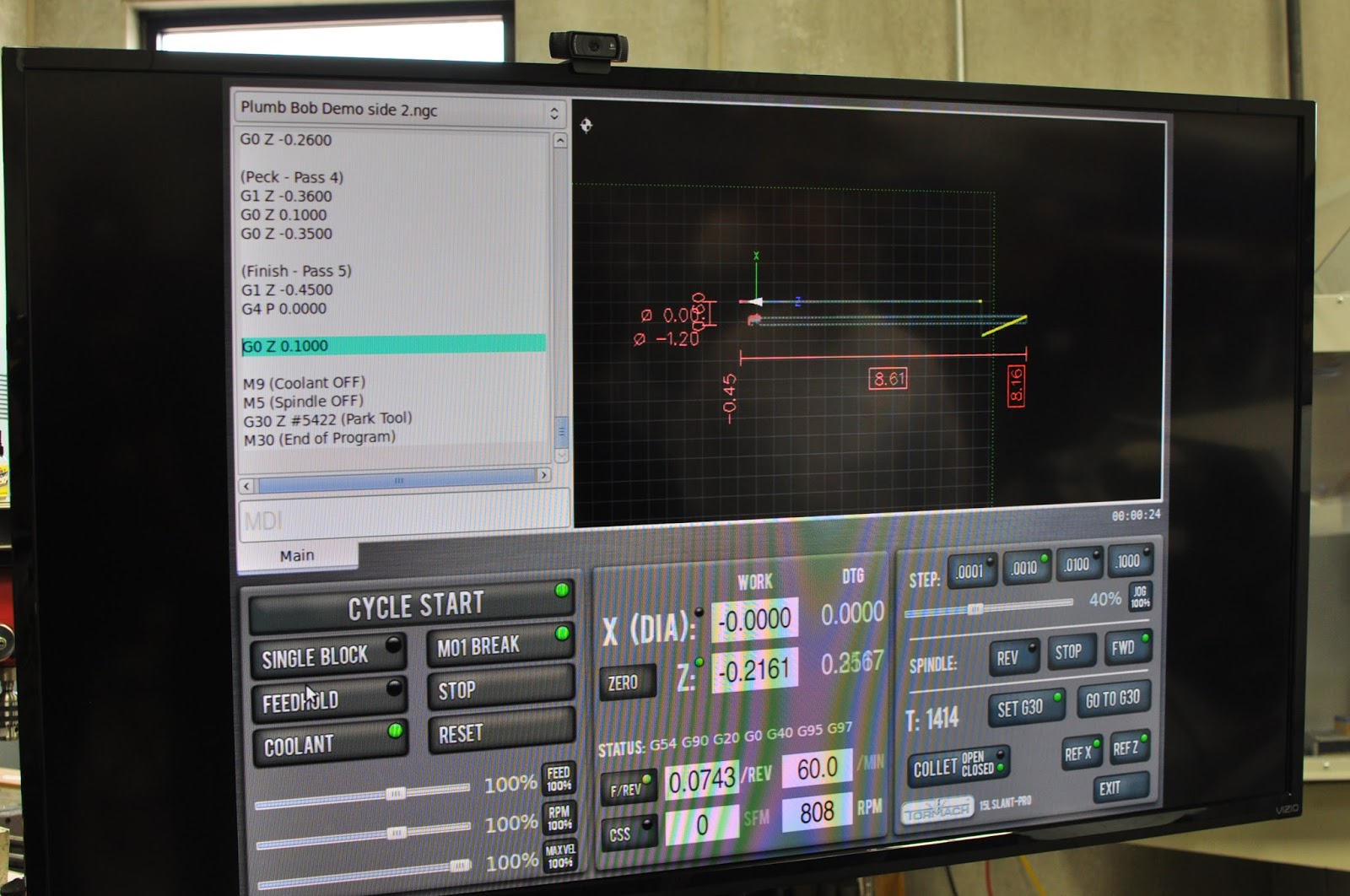 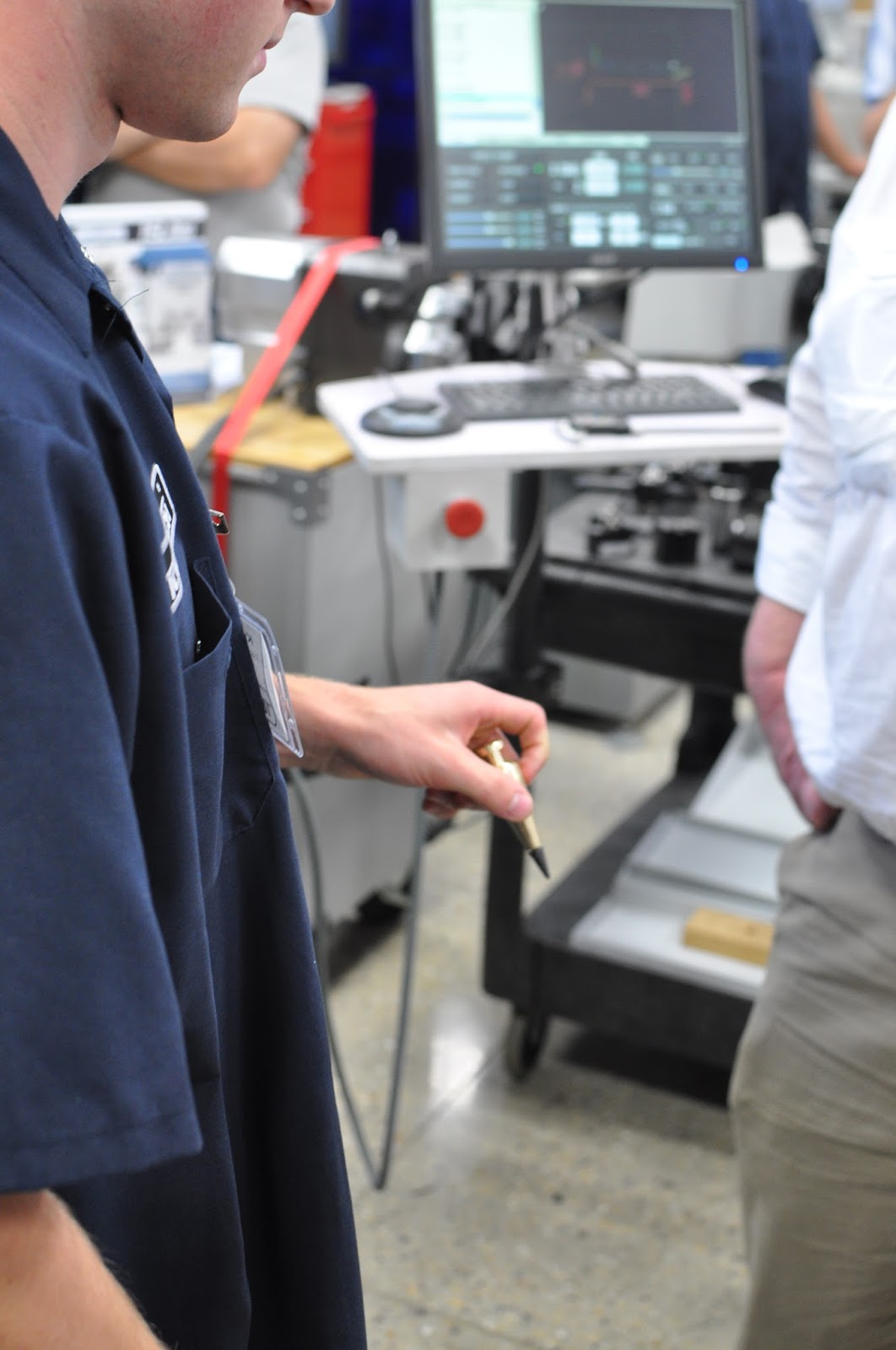 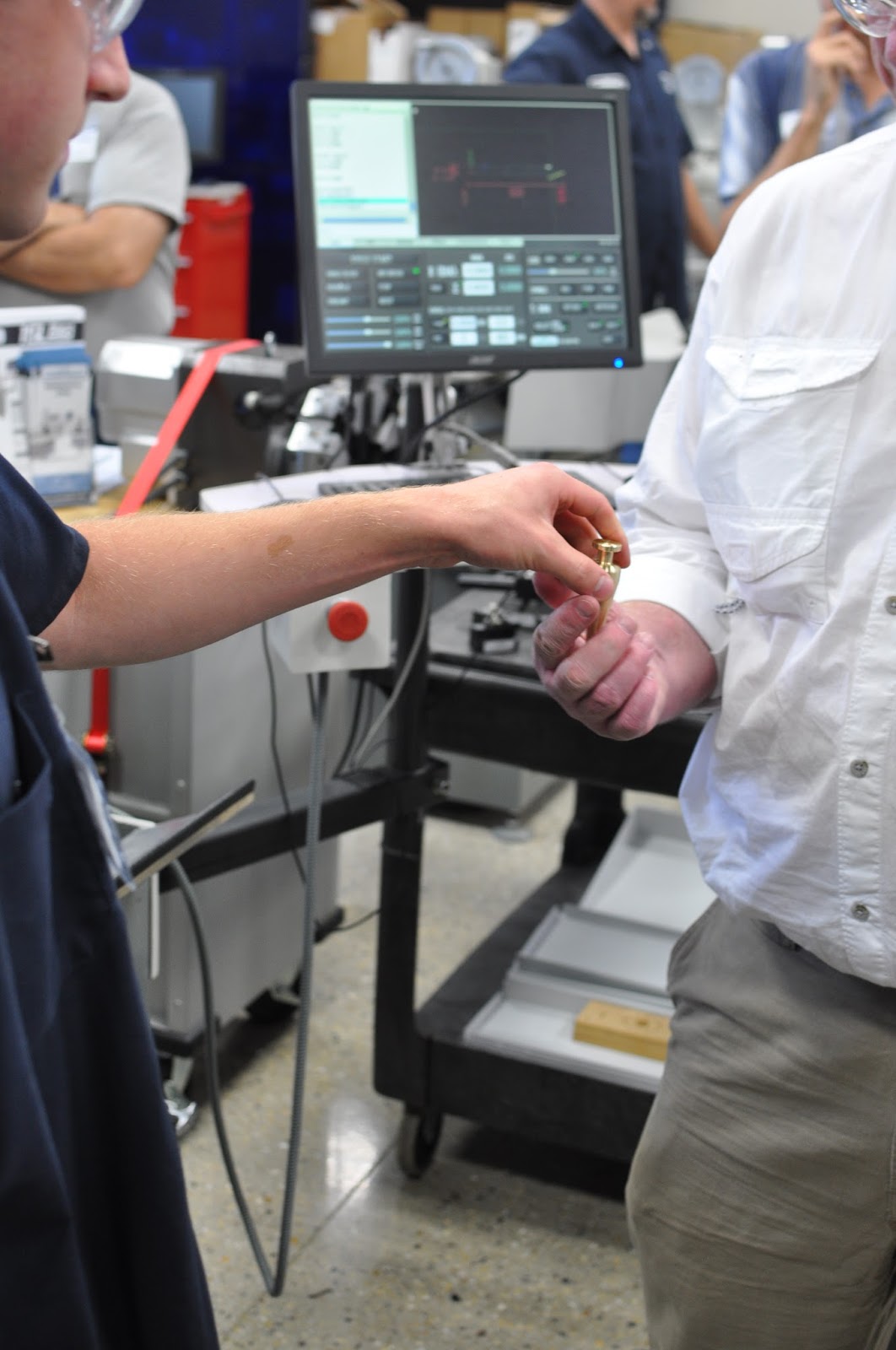 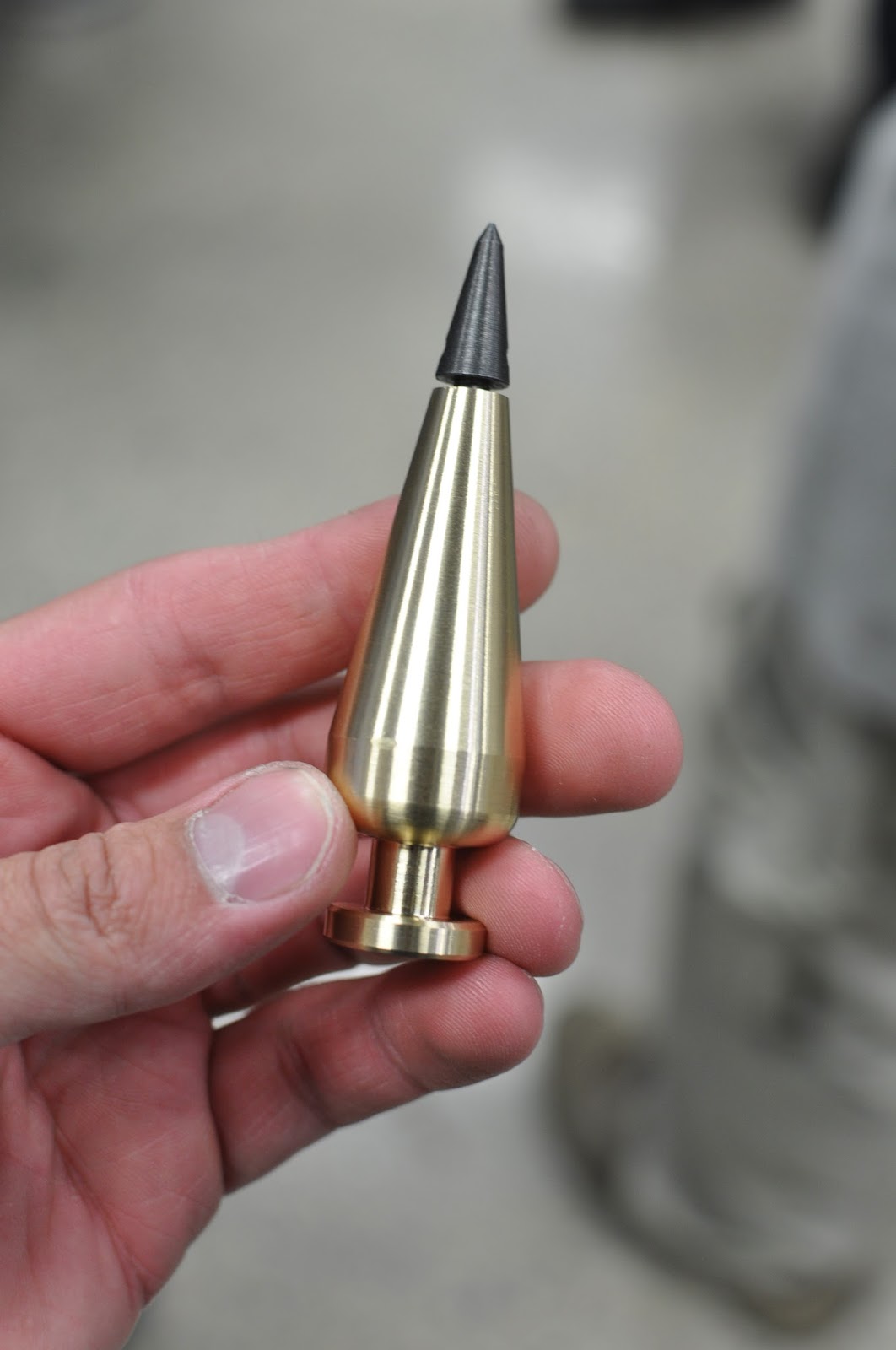 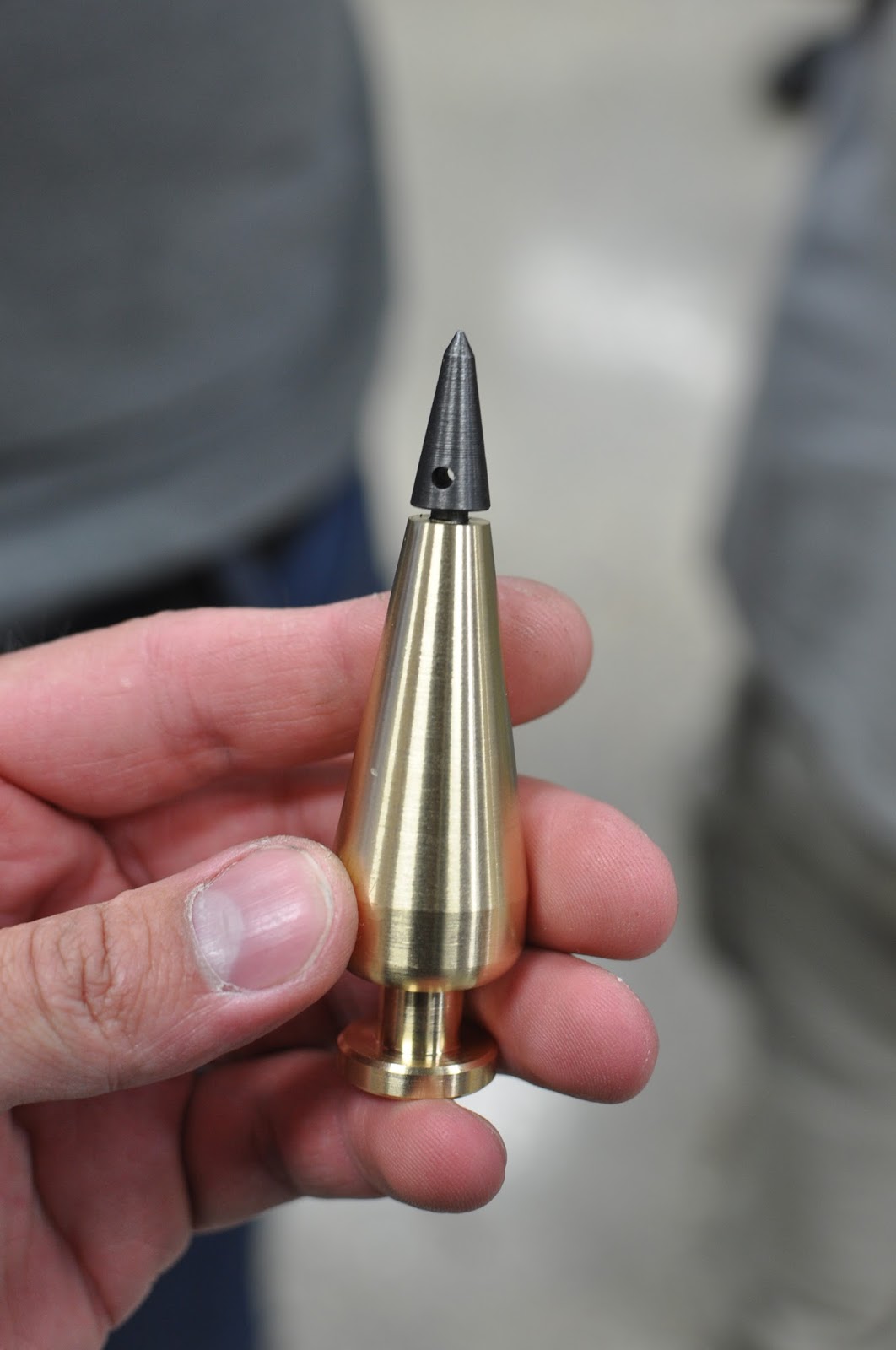 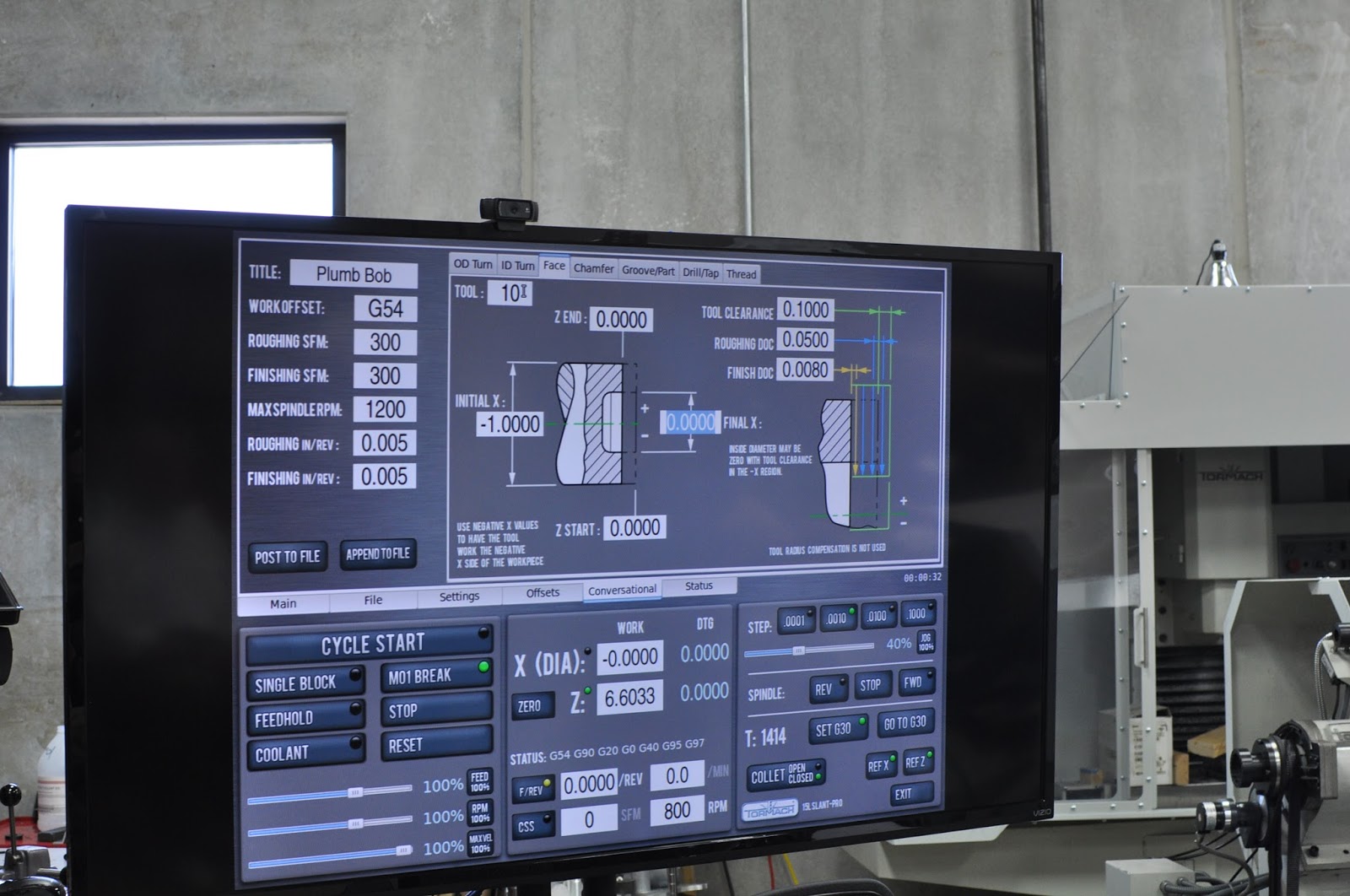 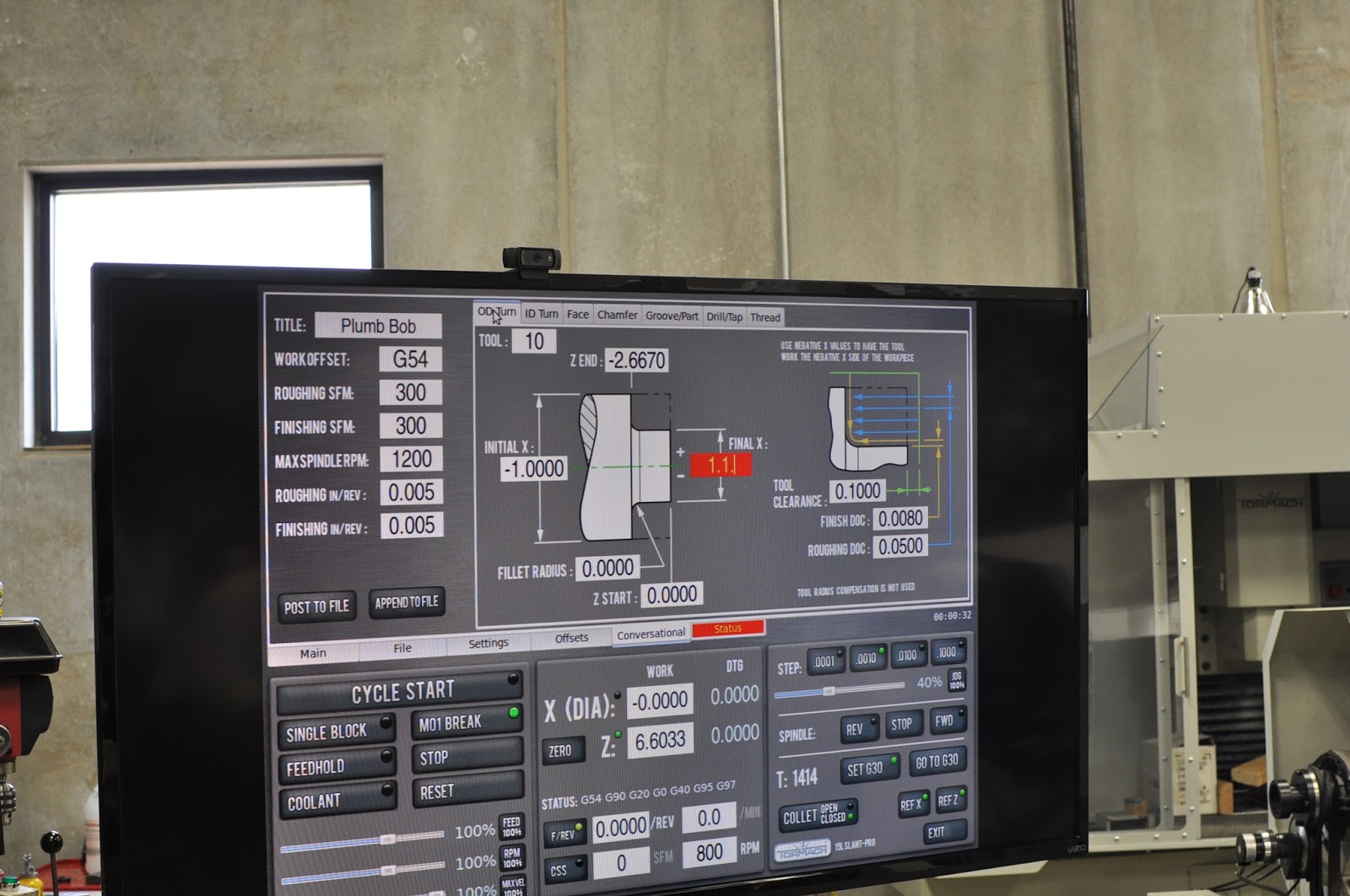 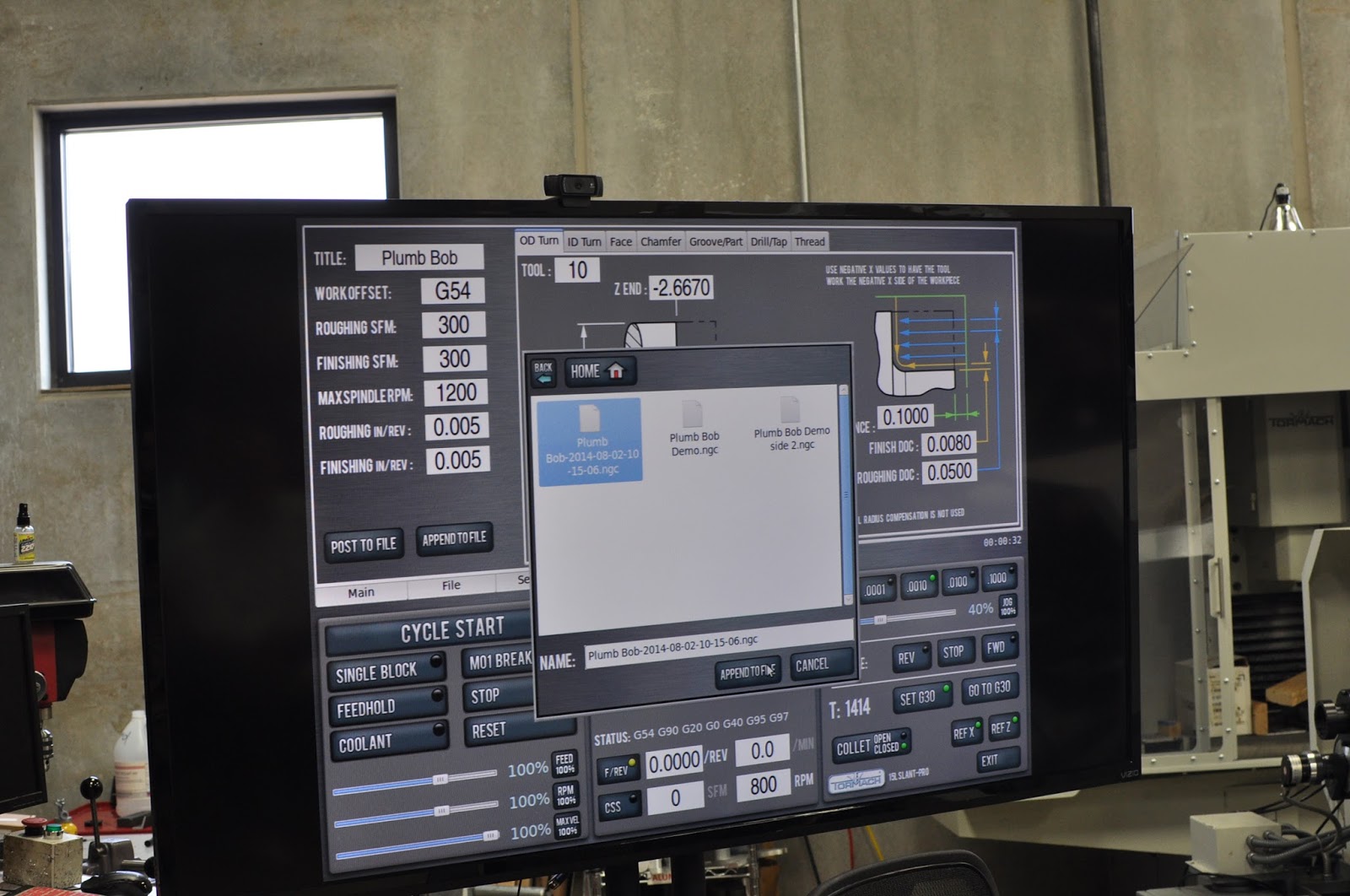 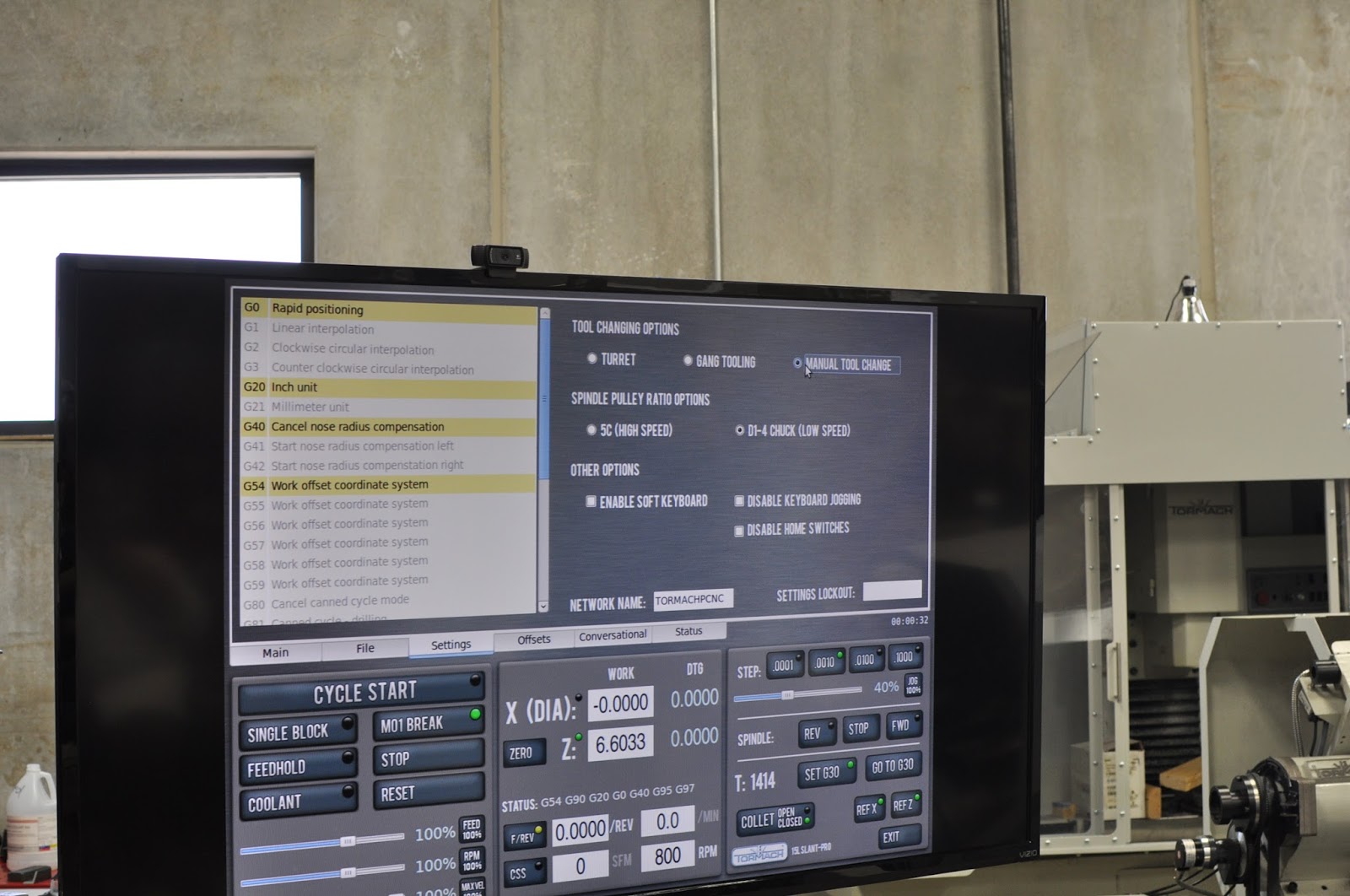 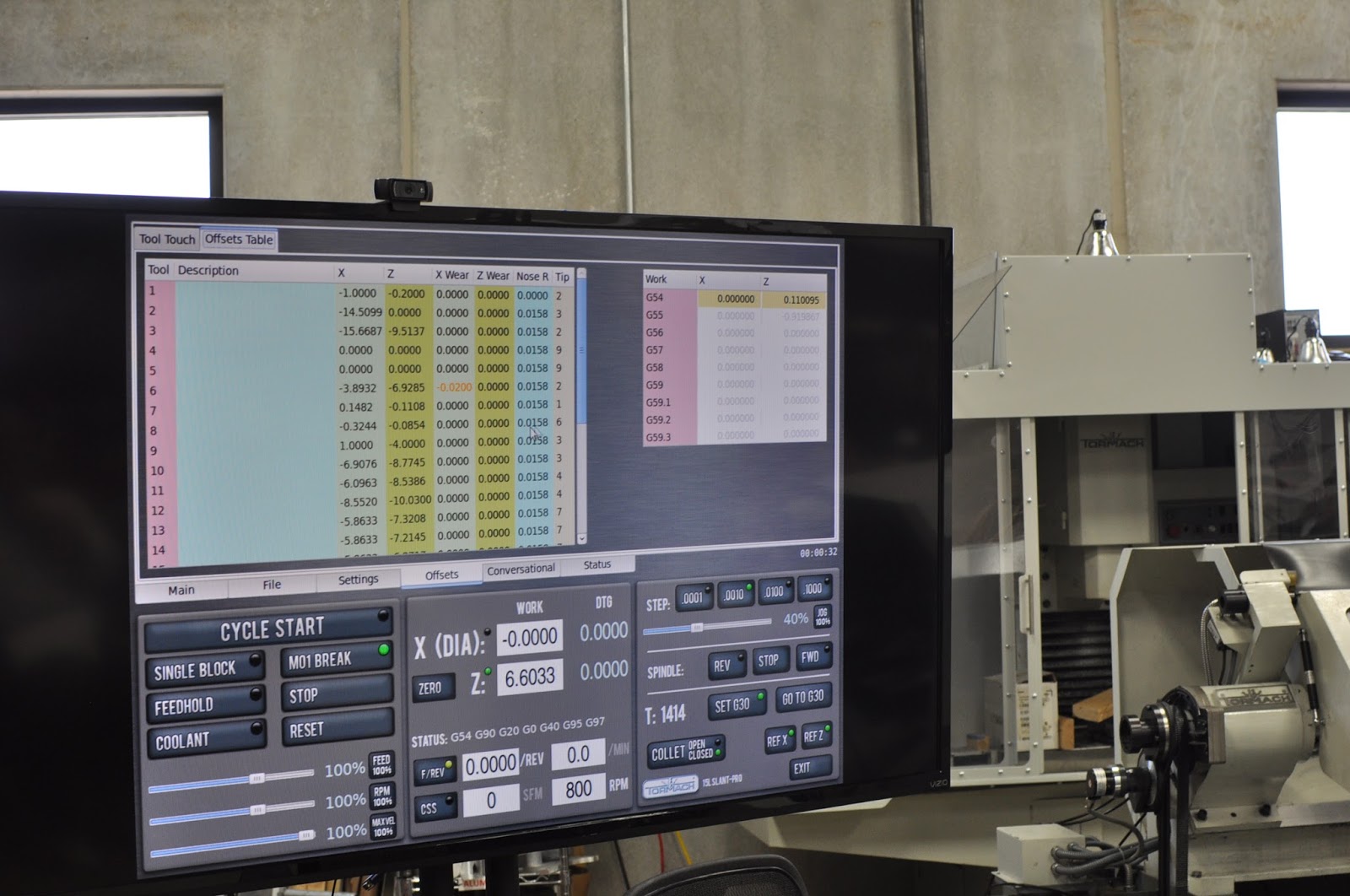 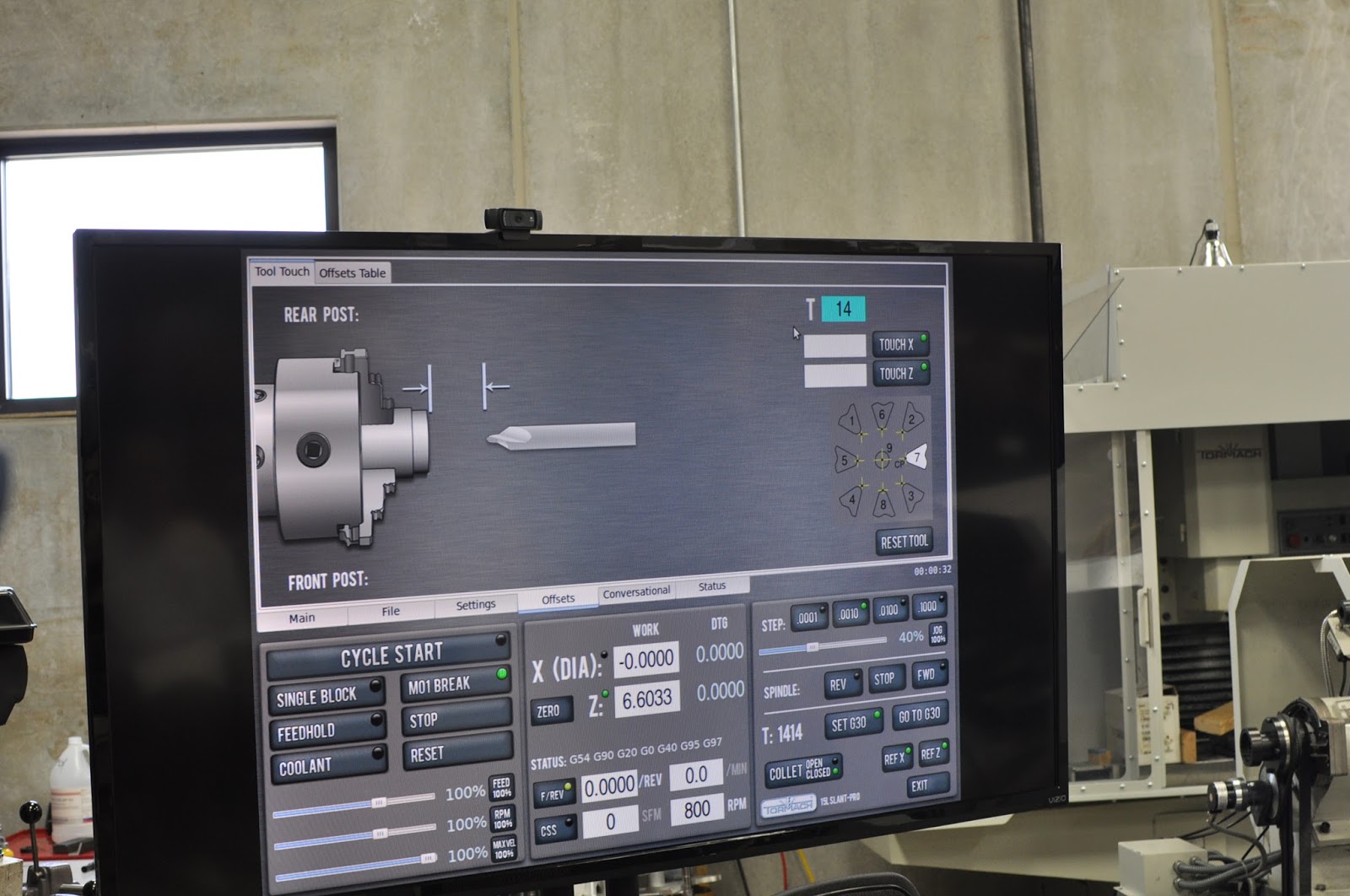 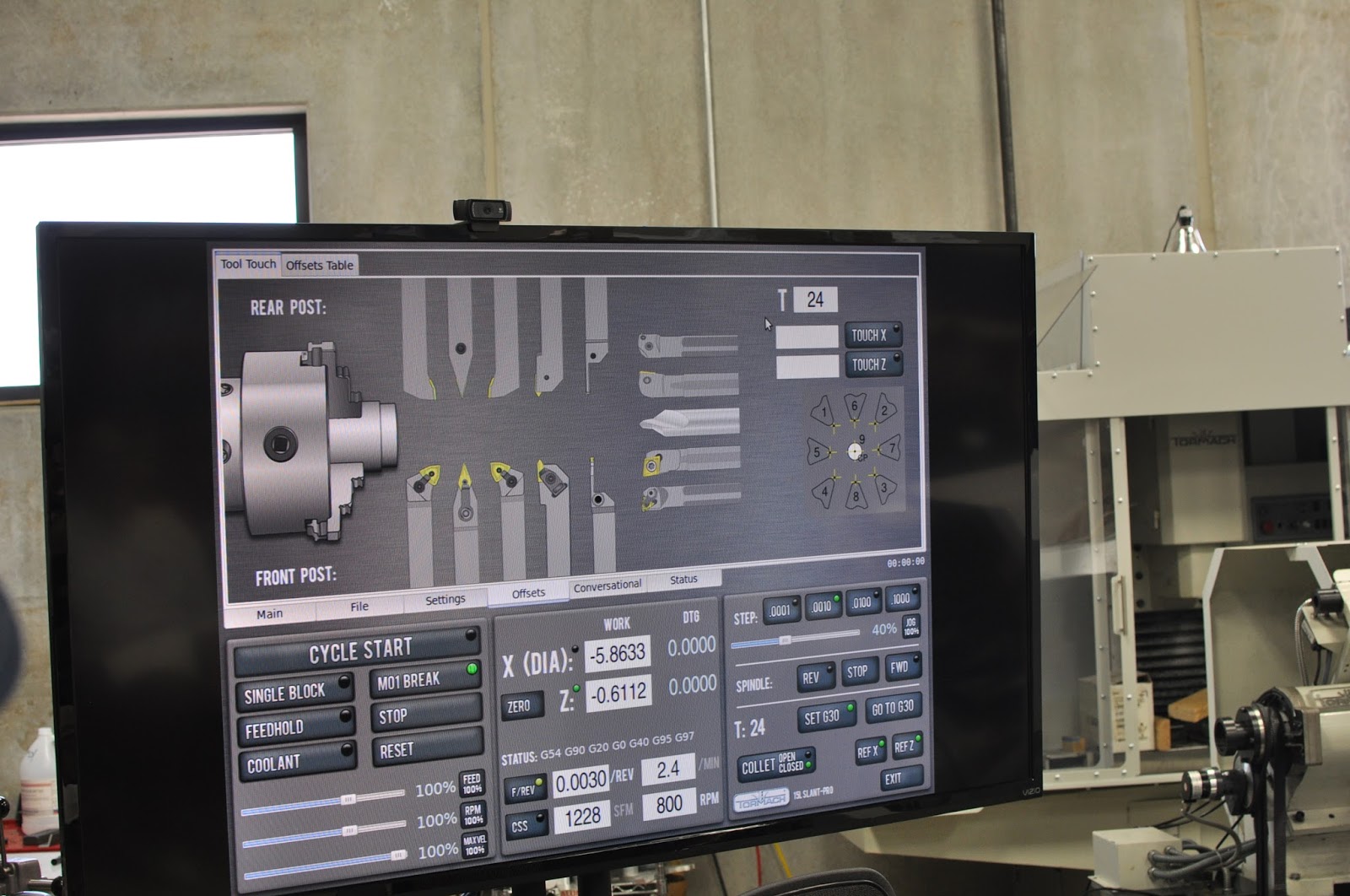 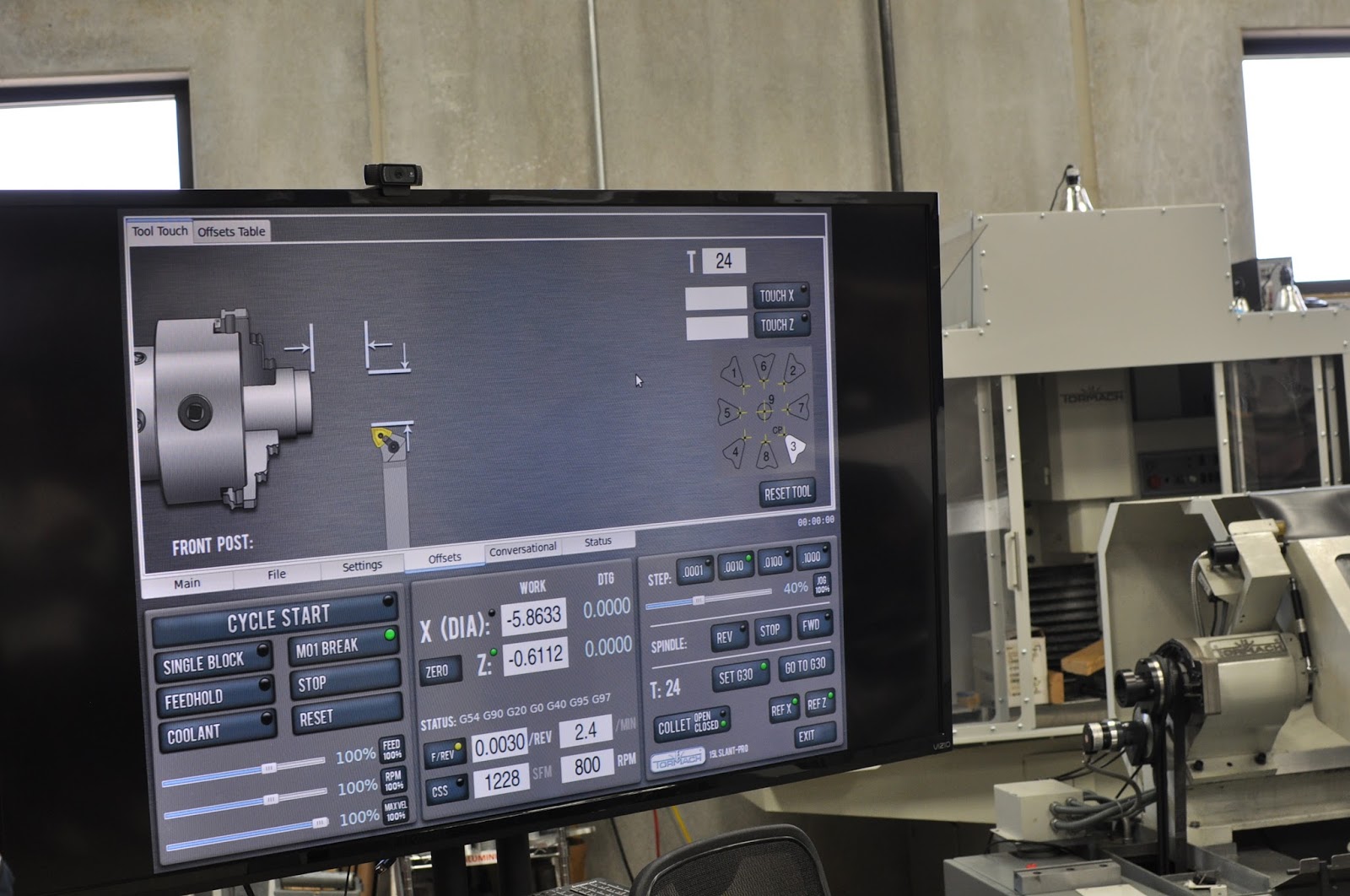 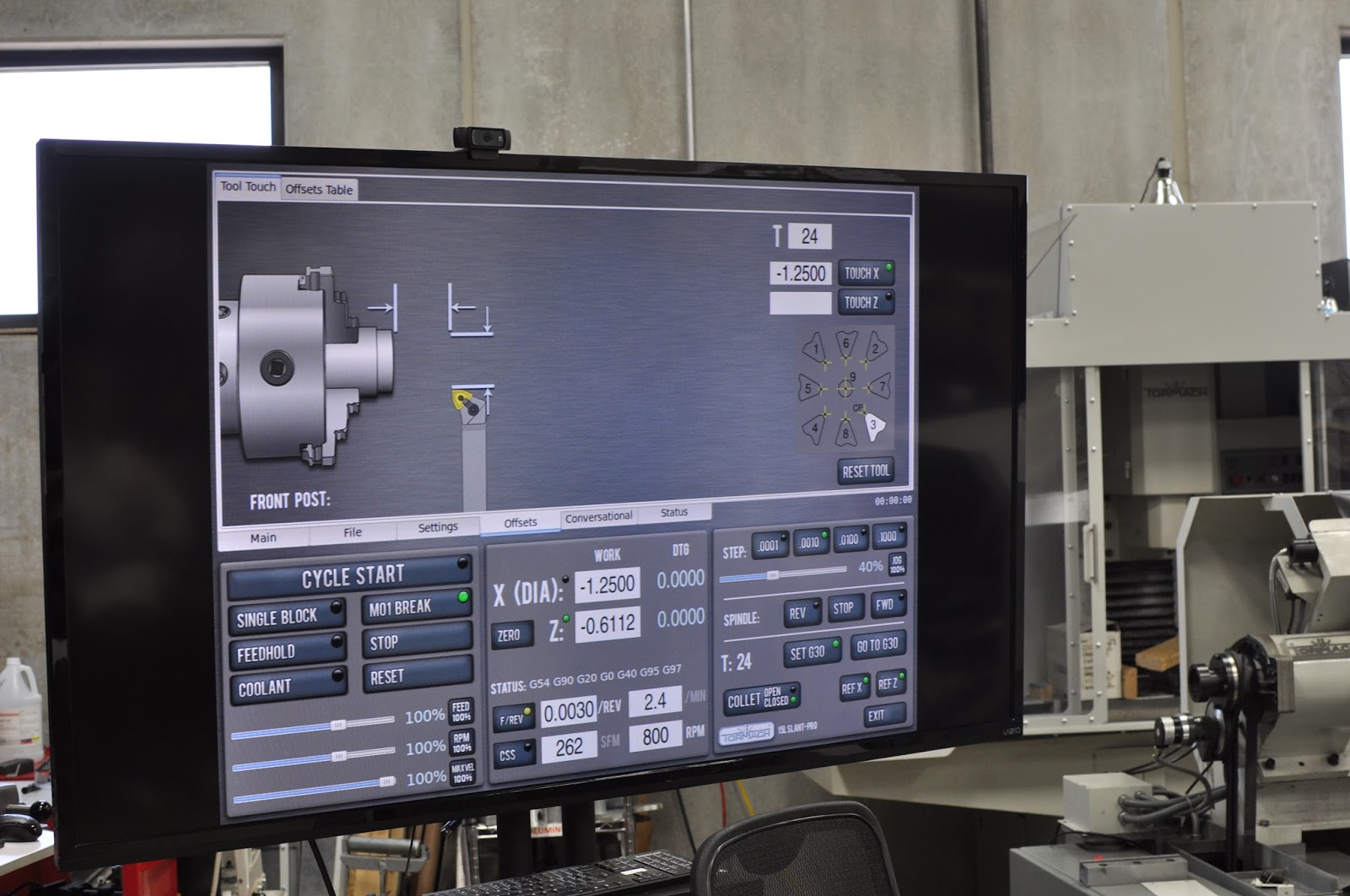 The second session I attended was Getting Started with Conversational Programming on the 15L Slant-PRO cnc lathe. In this session Kyle Mayer first showed the Slant-PRO turning a brass part via several machine operations. Workshop attendees were able to see the cnc lathe making chips and Kyle explained each operation. Once the part was created, Kyle took the part from the lathe and threaded a plumb bob end insert into the brass plumb bob and passed it around. I would say that this part took him all of about 5-7 minutes to make and he was running at conservative rates due to running with no coolant and explaining operations. In the second part of the session, Kyle explained the Conversational Programming and how the user interface worked. I have to admit that being someone who relies on CAM programs to write g-code instruction, I have been somewhat un-interested in this feature, but after seeing it, I think I would use conversational programming all the time if I had one of these lathes. The user interface makes perfect sense and is really well designed. This made me want to check into LinuxCNC further as I think there might be applications for this with some of our other small machines in the lab. Unfortunately, there was no talk of releasing Tormach's proprietary version or their macros of this interface without the lathe. Nonetheless, I was very impressed with the Slant-PRO and especially the Conversational Programming. Toward the end of this session Tormach founder and company owner, Greg Jackson introduced George Bahn from Monroe, WI. Gorge was one of the Slant-PRO Beta testers and he has many years of experience running huge industrial machines and keeping them running as a part of his day job. Some of the early videos released on the Slant-PRO, to people who signed up for the insider videos, featured a turned bowling pin and George was who designed and cut the pin for the video.

At the end of this session, I turned around and a woman from across the room was looking at me and saying that she had to talk to me. Apparently she really liked the Isabella Pizza Cutter and wanted to talk about it. It turns out the woman was George Bahn's wife. I ended up walking to the lunch area with the Bahns while they told me about George's work for Honeywell in Freeport, IL. I ended up having lunch with the Bahns and we talked about machining, education, hobbies, kids, and I had such a great visit with them. We traded contact info and I was so pleased to meet some people that shared my love of making and machining. At the luncheon I also was able to meet Andy Grevstad's wife and new baby. Tormach provided lunch for everyone in attendance, which I was not expecting. I can't tell you how impressed I was with Tormach's hospitality and their generosity; first class.

Posted by Frankie Flood at 1:01 PM