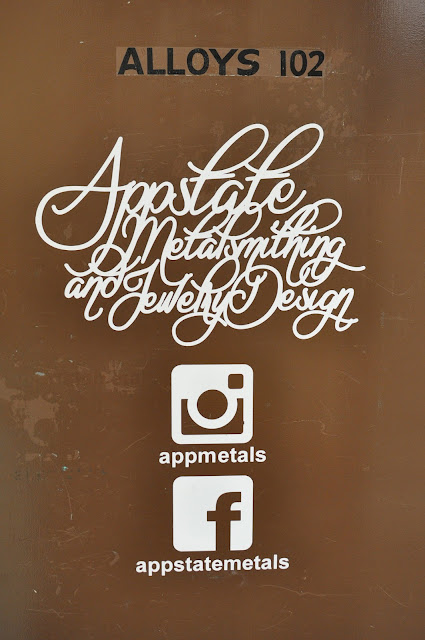 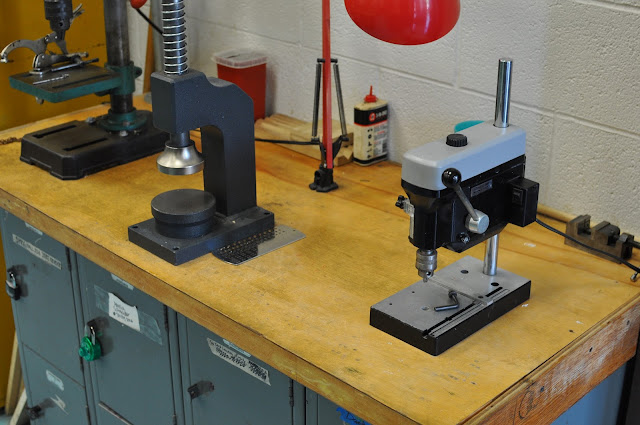 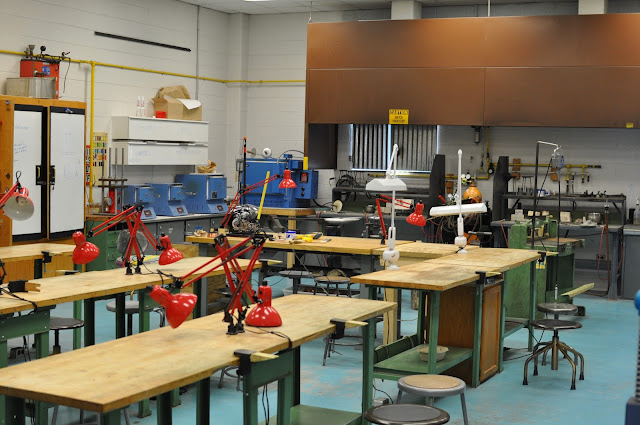 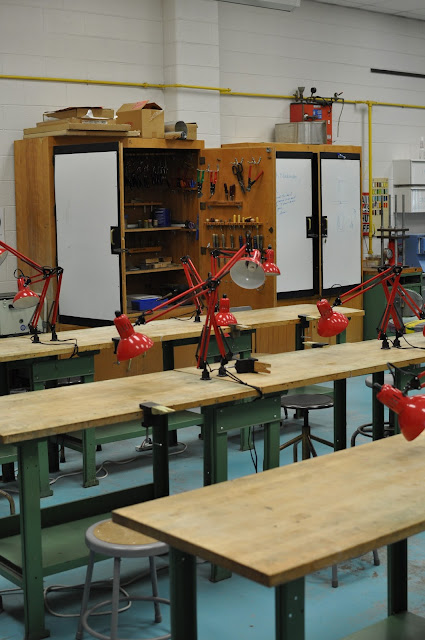 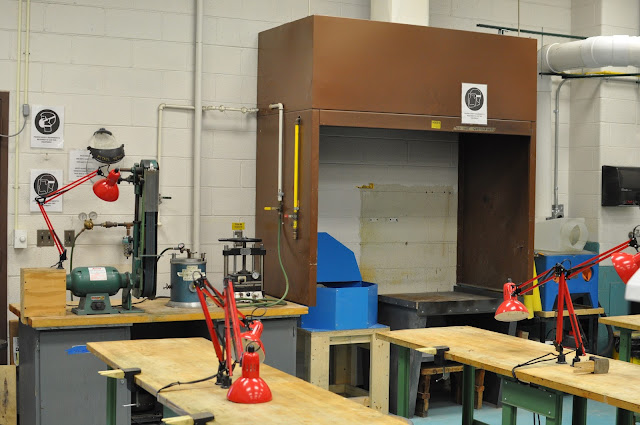 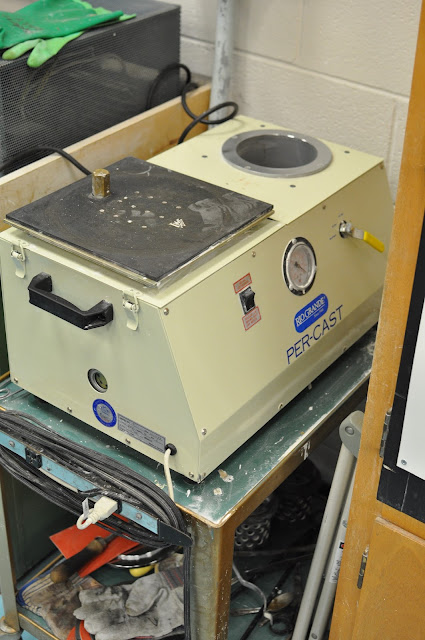 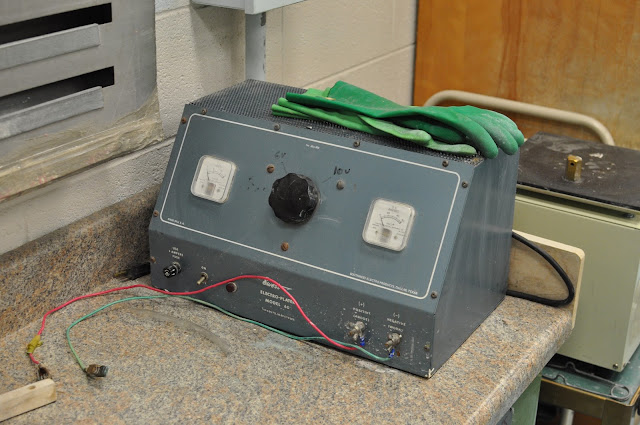 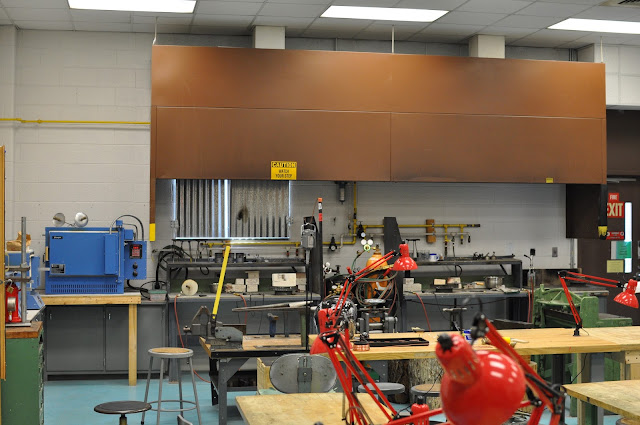 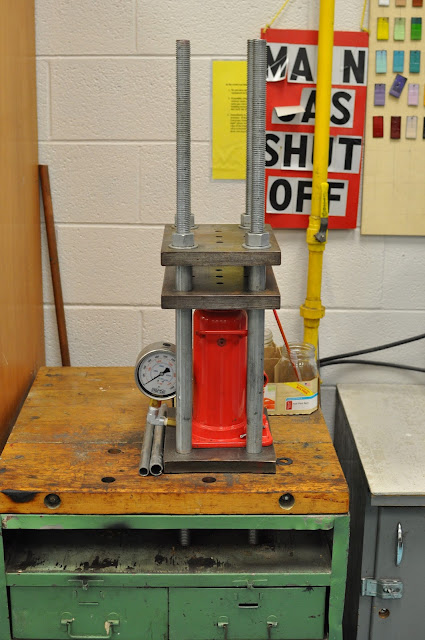 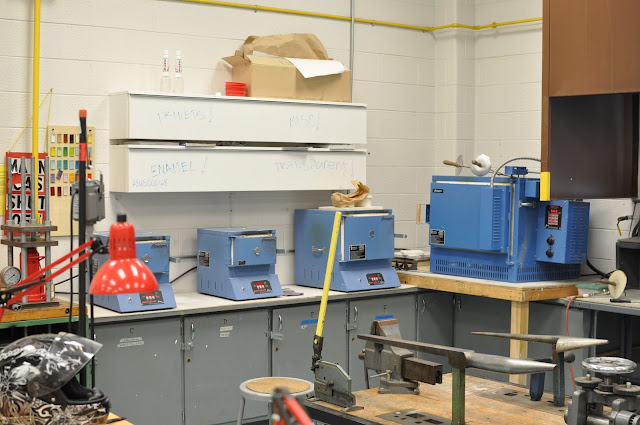 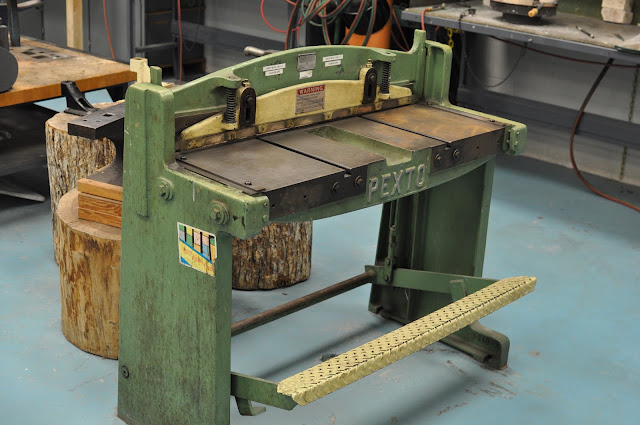 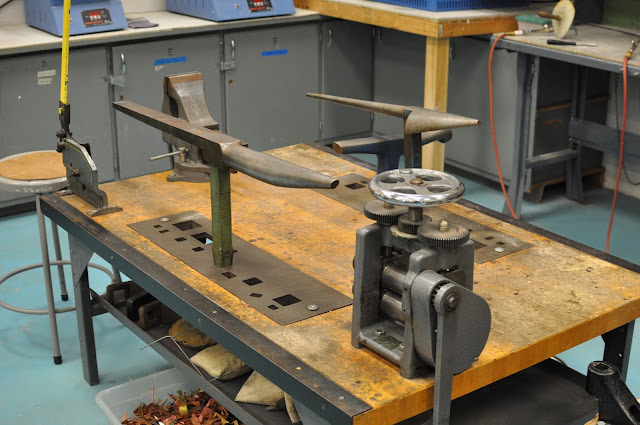 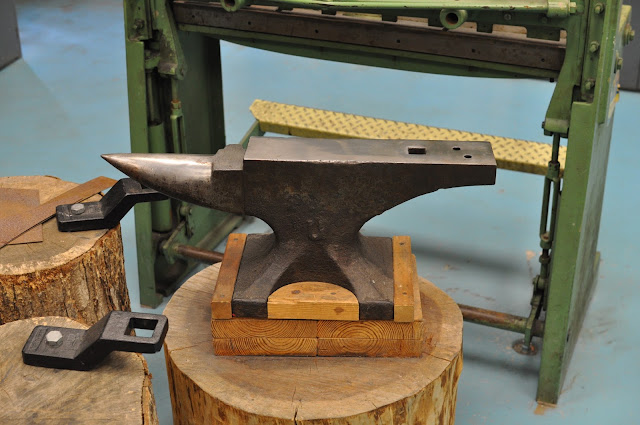 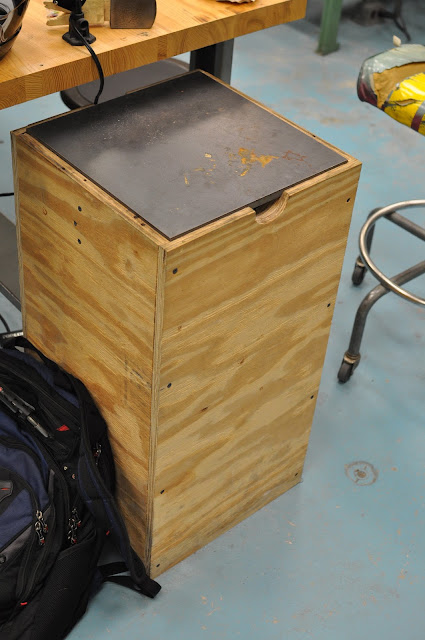 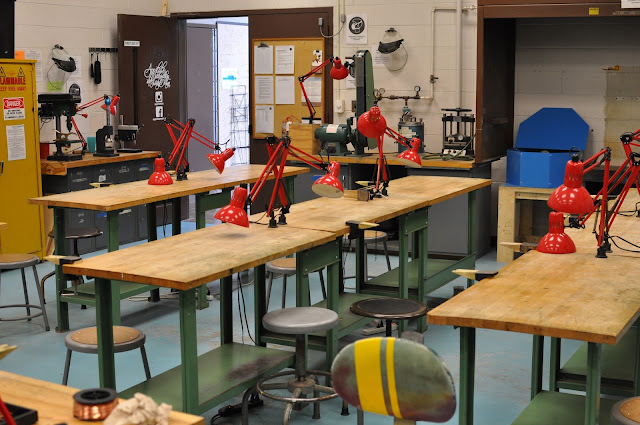 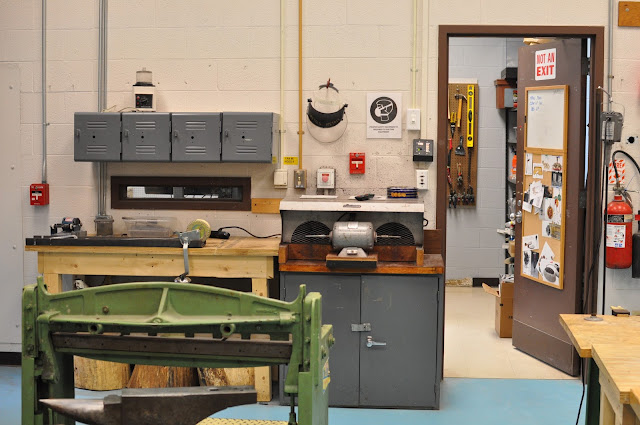 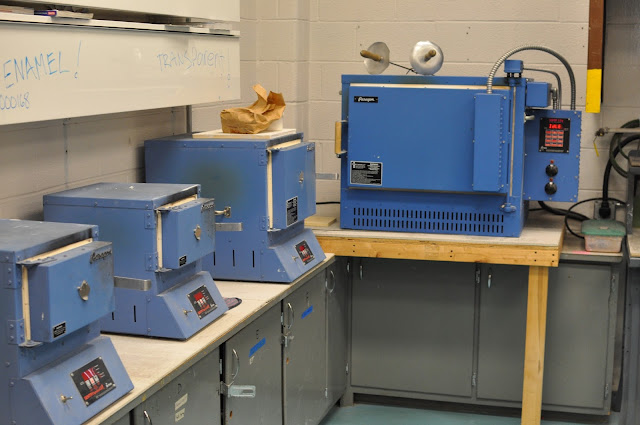 I'm six weeks into the new semester! Now that I'm starting to get settled in, I thought I would share a few pics and a bit of information about my position here at Appalachian State University in Boone, North Carolina. Jill and I are loving it here so far (more on that soon)!

I thought it might be nice to do a studio tour this post so you all can see where I'm teaching courses. The images above show the Metalsmithing and Jewelry Design studio where I teach. My office is located inside the Metals studio which is both really nice, and at the same time, bad as I think the additional space could be used for something more than my office and storage of all the materials that need to be locked up. Regardless, I like being in the studio and interacting with students outside of class time. I find I'm probably a better teacher one on one outside of class than during each class. I know for a fact that the students who hang out in the studio probably gain more from just "being around".

Anyway, Arthur and Marissa who were here before me, did a great job getting things set up and starting to update things. Arthur established the signage you see above on the entrance to the space and made many new tool purchases. I believe things had been kind of left to deteriorate before he got here, so he laid the groundwork for reestablishing things. It's funny to be here now because I followed his progress on his blog each time he would post, so it felt funny to first walk into the space. The studio felt really familiar in a weird way. I'm told that Marissa did even more organization in the year that she was here, and again I could see signs of that as well.

The studio is super small in comparison with what I'm used to, but there is something cozy about it too. I find myself wanting to expand the processes and things that we are capable of doing/making, but the space is a limiting factor in some ways. That said, I'm modeling the space right now, so I can move things around digitally and see if there is a way that I can create more organization and order that will allow us to reconfigure the space as needed. This takes me time though, as I don't want to rush into anything yet. I always hate it when I have been teaching in places and you see people come in and completely dismantle everything in an effort to "make it their space" or "mark their territory" under the guise of "improvements", so I'm trying to be cognizant of not disrupting the flow that current students and other faculty have in the space. To me, it's just bad practice to totally disrupt everyone else in order to gain that sense of ownership.

My biggest challenge in teaching in the space has just been knowing where things are located. I'm lucky that I have a few advanced students who have been particularly helpful in telling me where things are located. I'm slowly getting acclimated to the space. I've set up my 3D printers in my office so I can create a bit of a mini-DCRL there, and I have plans to further develop that space so we can expand our offerings. I'm hoping to add some other equipment in there and then try to find spaces outside the office to start locking up supplies and such. Again, I'm limited on space, but I'll make it work. Smaller studio just means less space to have to clean and be responsible for. Kind of feels good actually and hopefully leaves some time for setting up my own personal studio. I already feel good about the new equipment that I'm starting to contribute to the space and I think making some small strides in this direction will go a long way to creating a really nice space for students to learn and create. I'm looking forward to where this new challenge will take me! I'll be sure to post more as things progress.

Nice! Looks so familiar. HAH! I wanted to get rid of that large kiln so bad. The torches were on my sort list as well. The gas is kind of crappy. I also wanted to partition the office off so there was a student accessible tool check out area which would displace the large wooden cabinets, which in turn would allow for more counters and work area. That space is so tough. I always thought about building up! Double decker benches.

Yes, this space is difficult to deal with. Everything is so cramped, but I'm going to do my best to figure it out. It's just going to take a while. That's great to hear about what you were thinking of changing; It helps reinforce my thoughts on what needs to happen! Thanks!