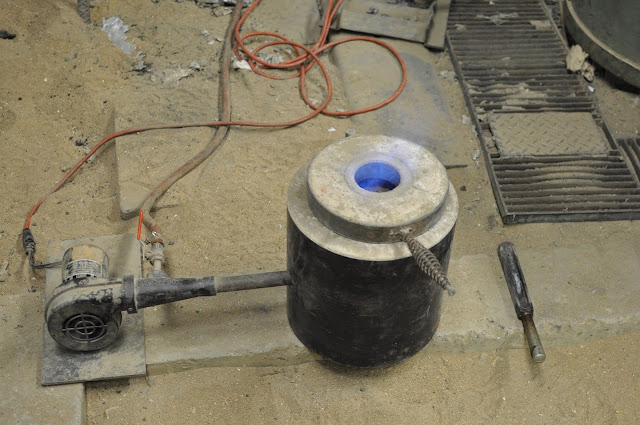 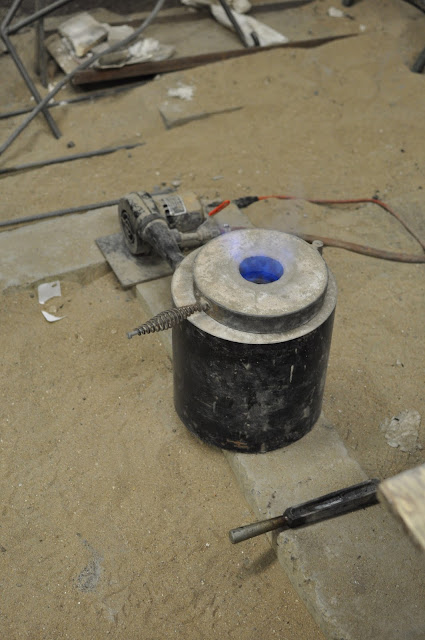 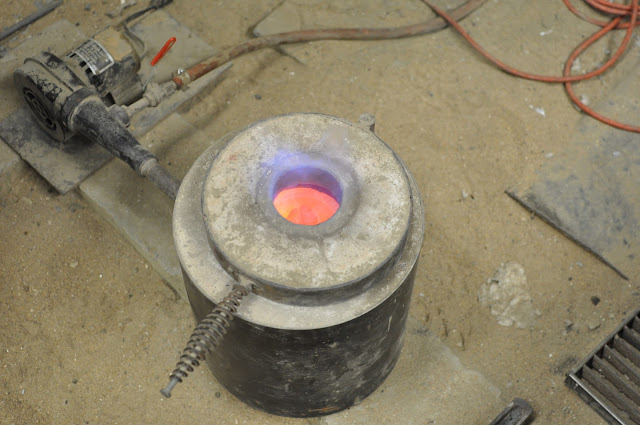 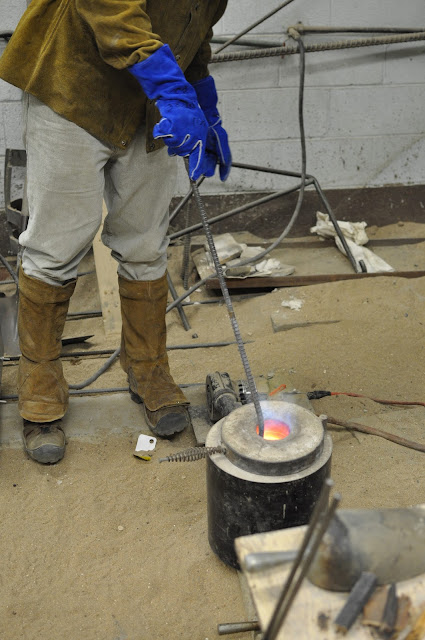 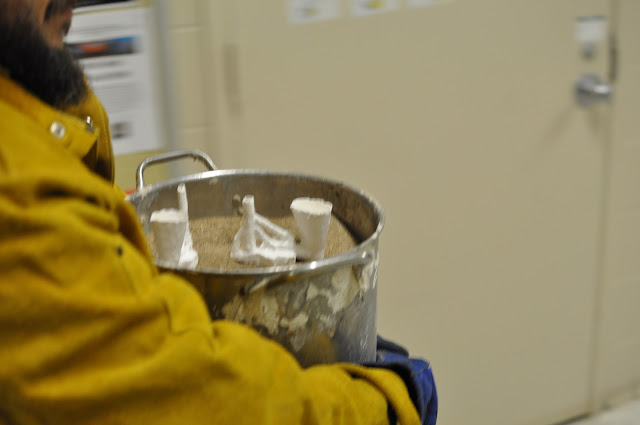 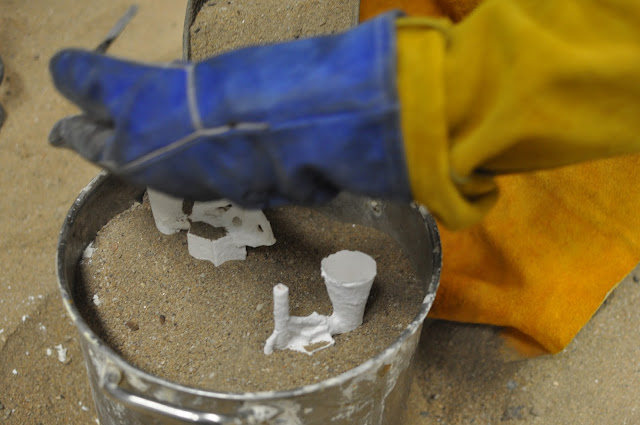 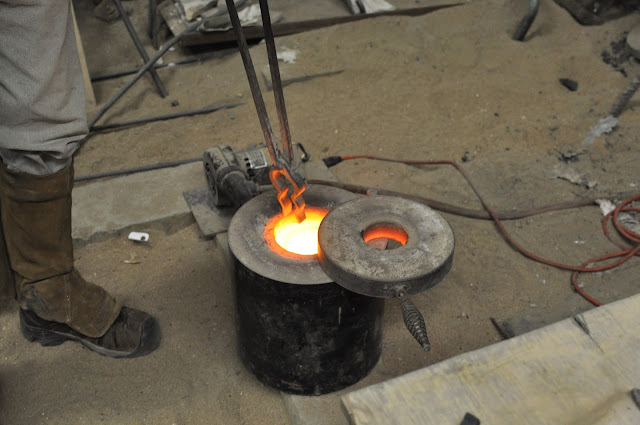 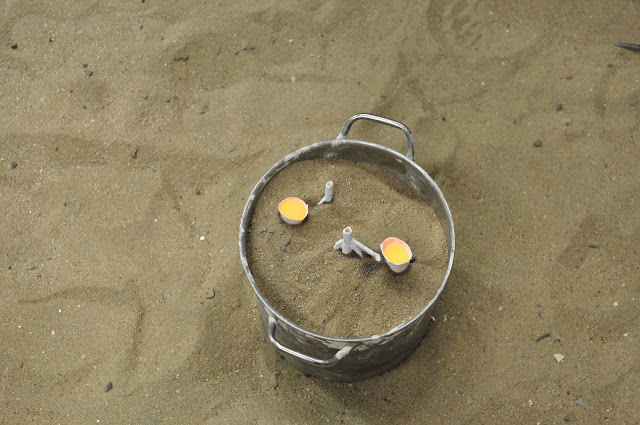 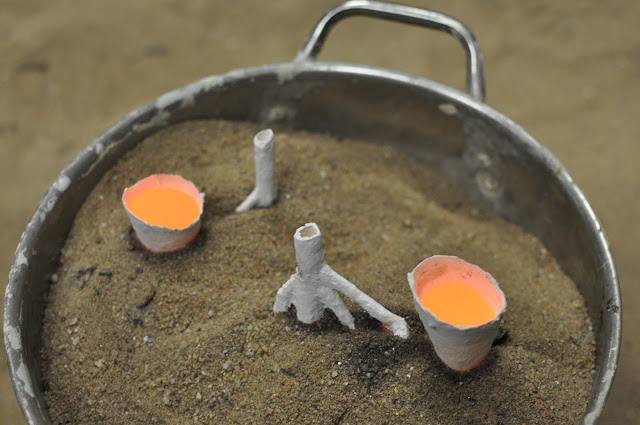 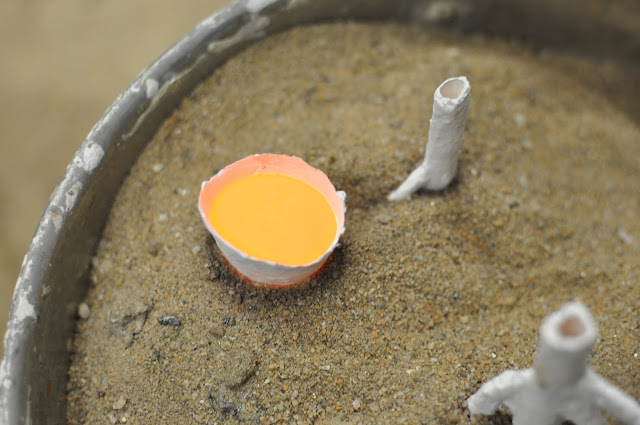 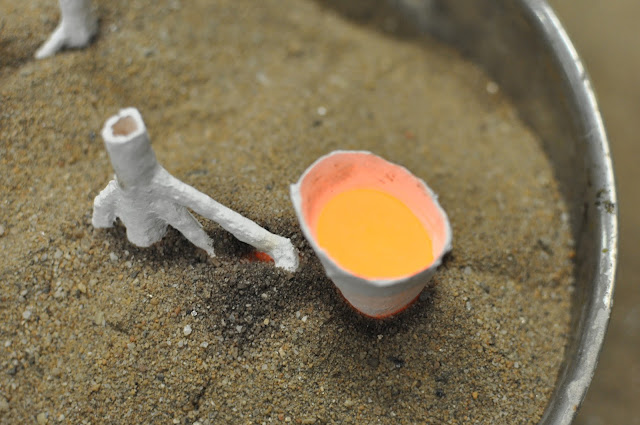 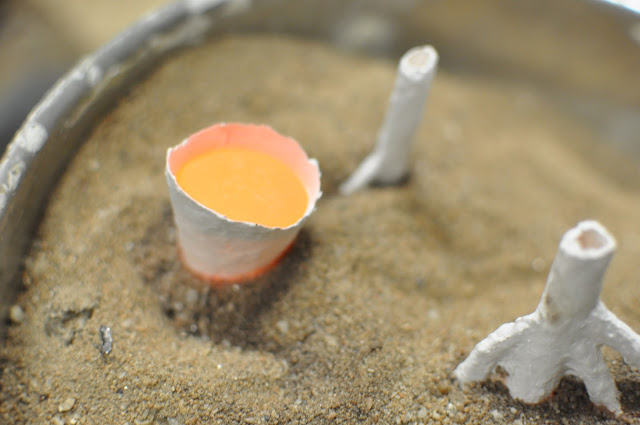 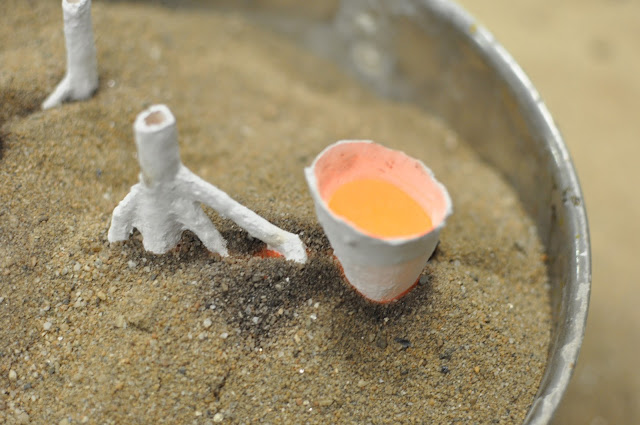 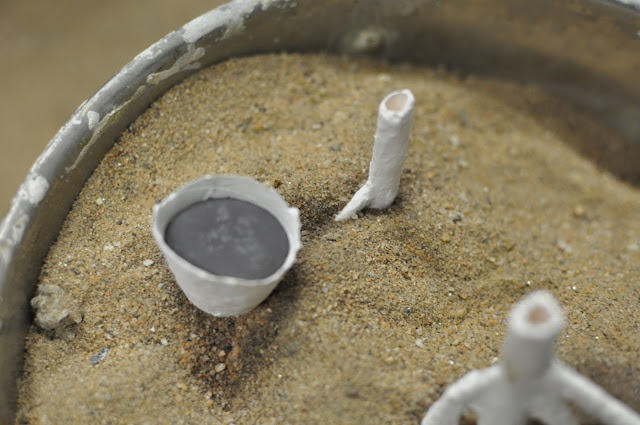 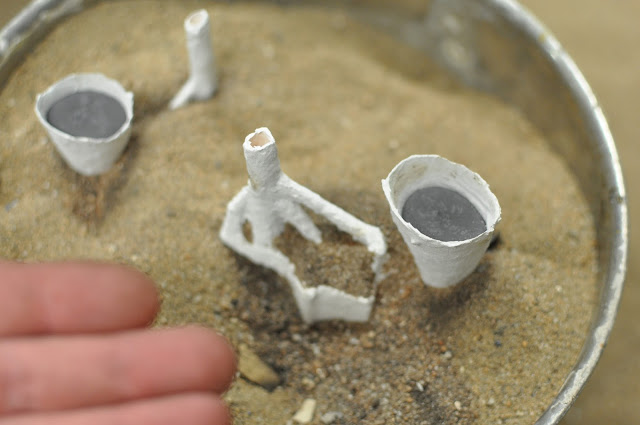 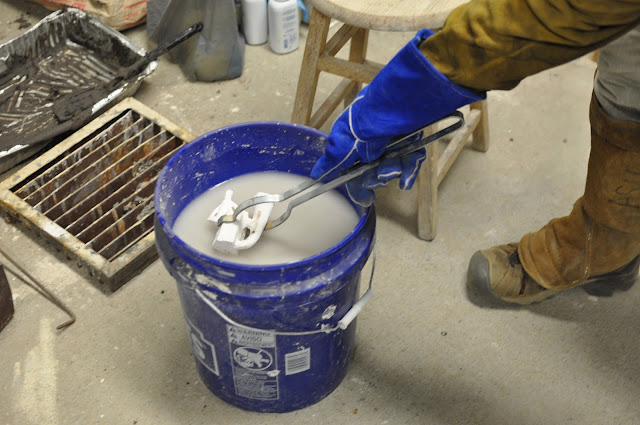 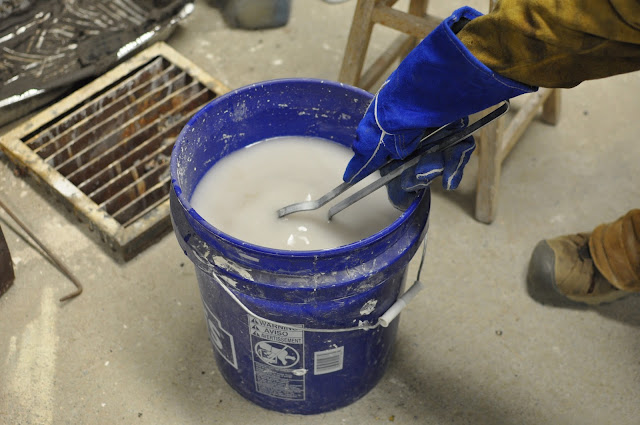 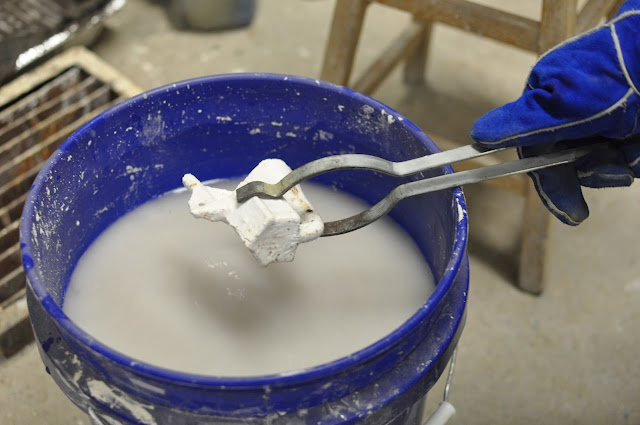 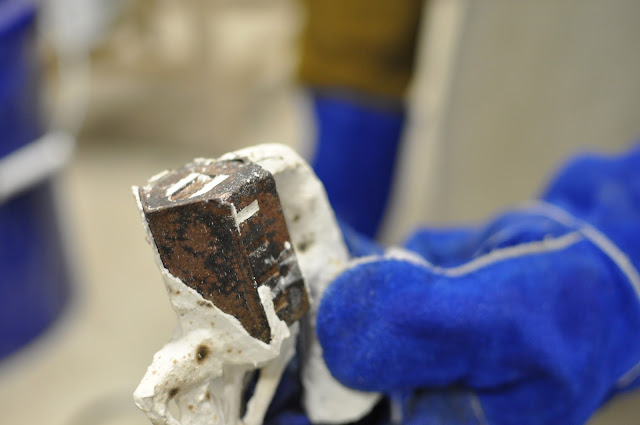 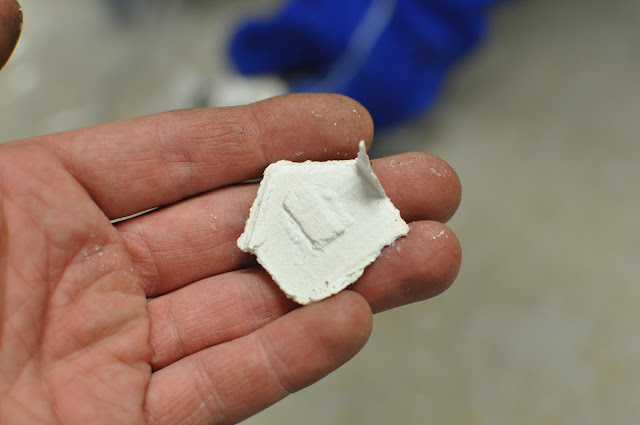 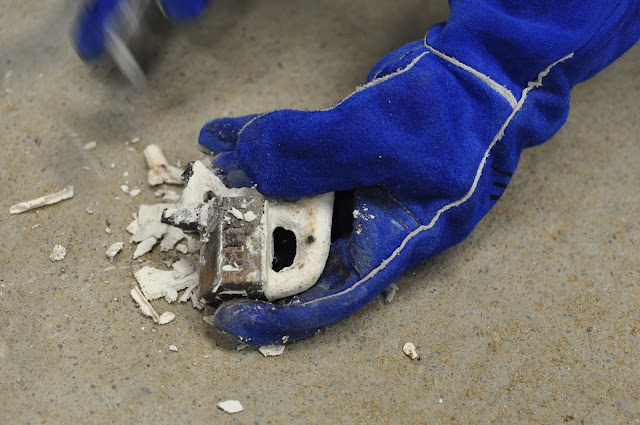 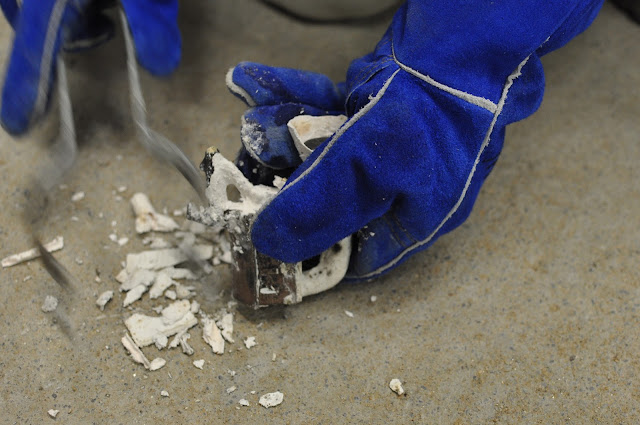 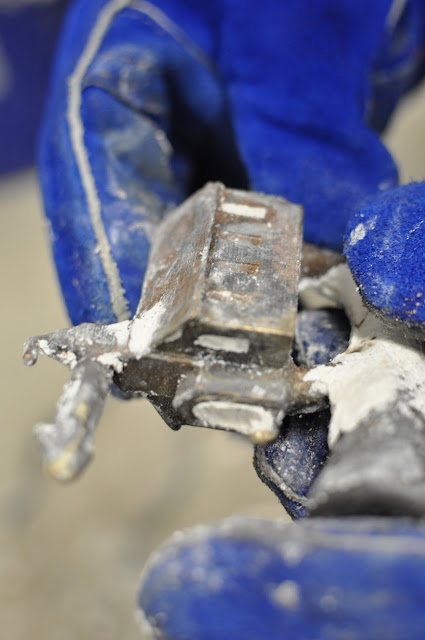 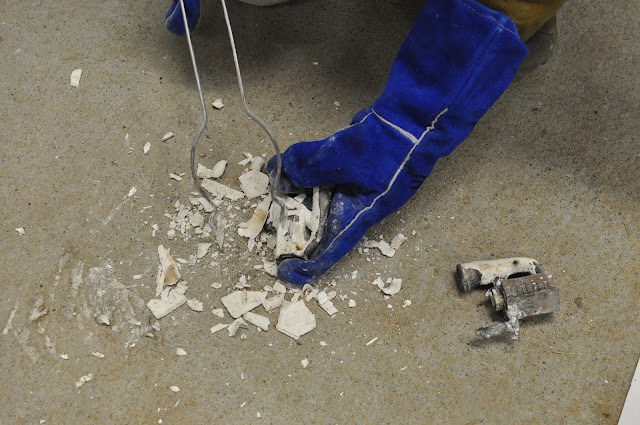 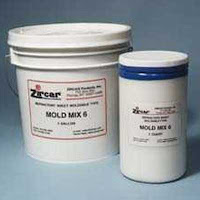 So when Travis, Adam, and I were over at ECU we started talking about alternatives to Ceramic Shell or traditional investment casting. The material above called Mold Mix 6 was recommended by some folks at the conference and so Adam and Travis decided they were going to try this material out. Several weeks ago, Travis and I cast a few molds that he had created with the material. The manufacturer recommended a thin coating and Travis hardly put a dent in the bucket when he coated his wax objects with about an 1/8" thick layer buildup. We buried the pieces in a bucket of sand after doing a 12 hour burnout. We just melted bronze with the oxy-acetylene torch and a handheld crucible that I had in Metals.

Last week Adam discovered a little furnace that one of the previous Metals instructors had purchased. It's a cute little deal made by Hoover and Strong (I totally need to copy this little set-up and build one for my studio).

Adam and Travis decided that they would run the little furnace today and cast some molds. I ran their molds through the burnout kiln yesterday. Adam had some PLA prints that he had printed on the Makerbot and Travis had some wax pieces. I came in this morning and checked the shells and they were clean. It was amazing how thin Adam had made his shells and I was worried that they wouldn't hold up to metal being poured. I bet the shell was between a 1/16 and 1/8" of an inch. One of Travis's cups had a small crack but nothing major. Travis and I packed the molds in sand in the Metals studio and he transported them to the Sculpture foundry for us to pour. By the time we got to Sculpture, the molds were almost cool enough to touch, even though we pulled the molds from the kiln at 1000 degrees.

I skimmed as Adam poured and it was incredible to see the shells heat back up as metal was poured. The shells glowed as you can see above but the thin shell held up. The fibrous material in the Mold Mix 6 really bonds the shell together. It appears much stronger than ceramic shell molds even though it's way thinner. I am simply blown away by the material!

Adam dunked the pieces in cool water and the shell still didn't crack off until he tapped on the piece. As you can see the shell is super thin. There is very little waste here as well. I would recommend this material for investing pieces in jewelry and metalsmithing if you are just doing gravity pours. It's pretty incredible stuff and I believe a great value due to the small quantity used.