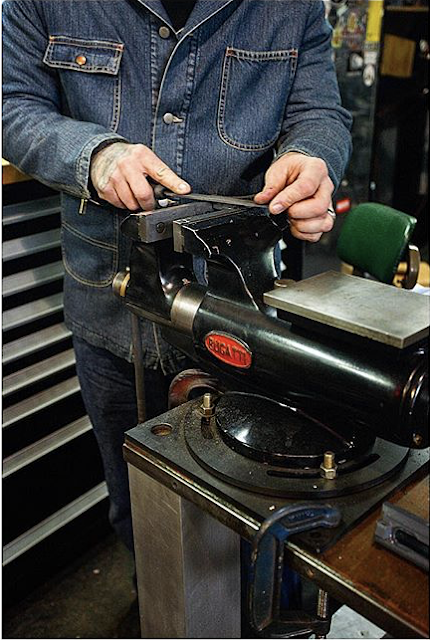 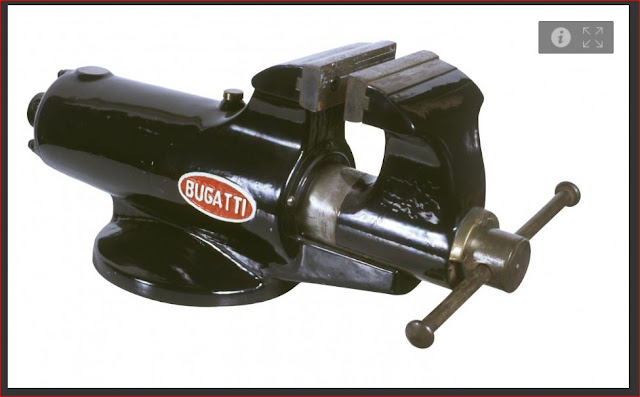 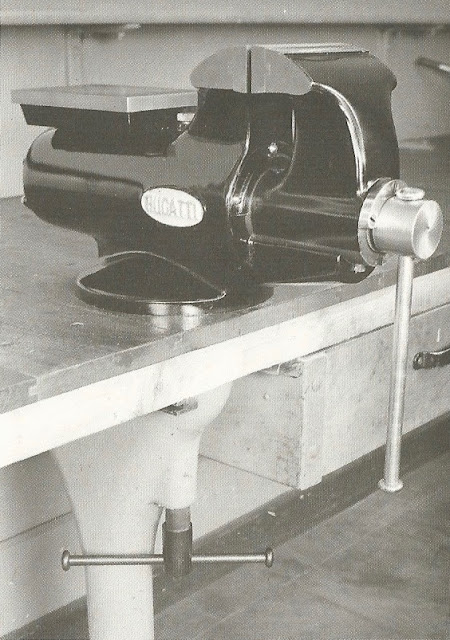 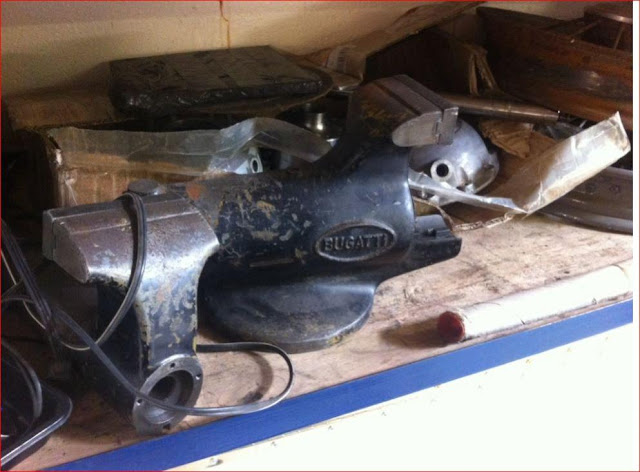 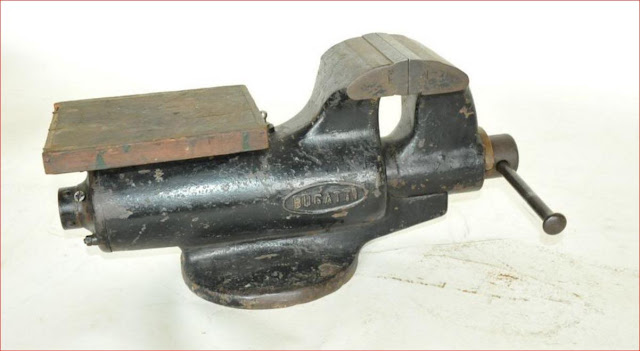 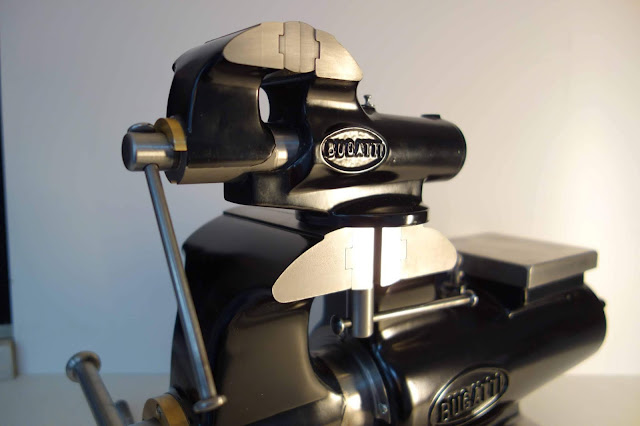 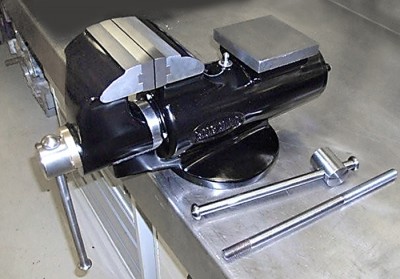 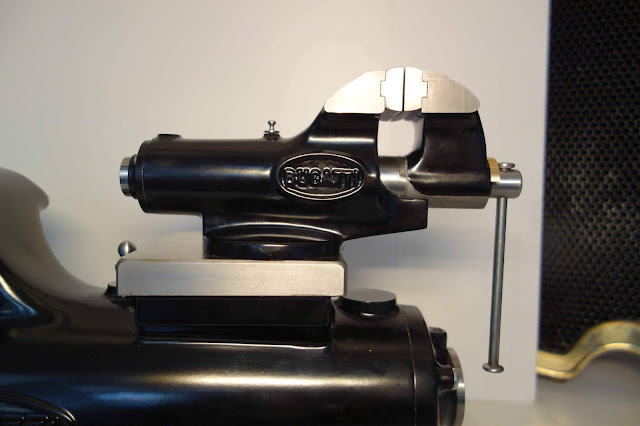 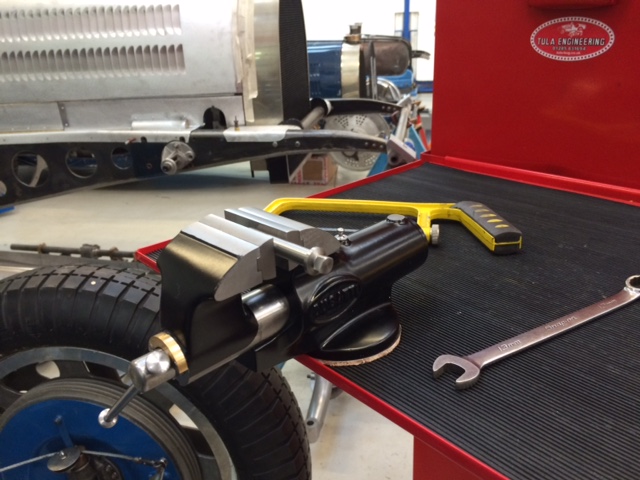 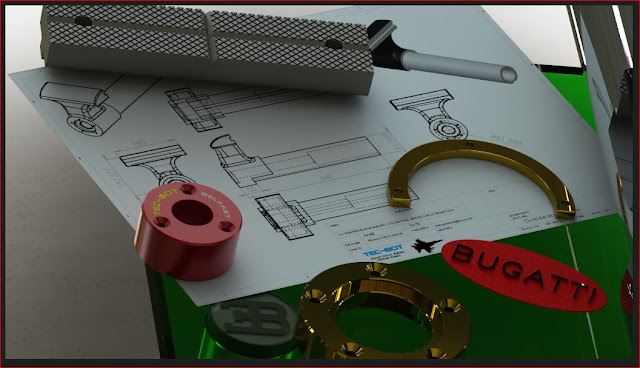 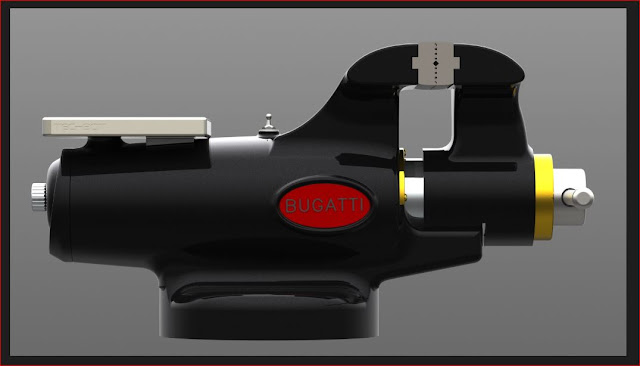 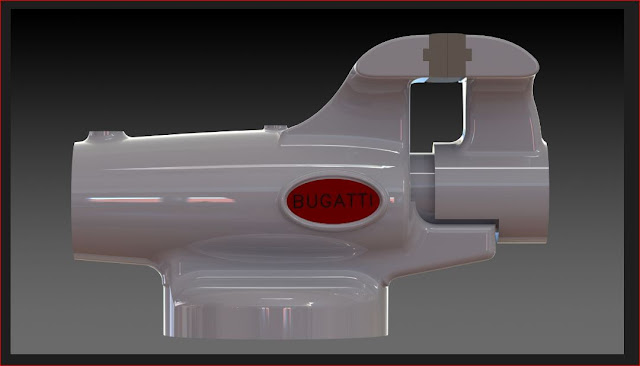 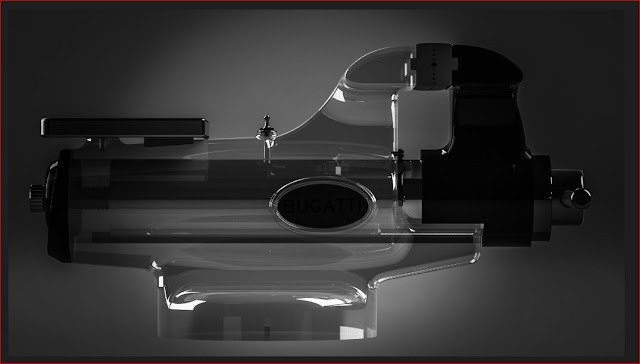 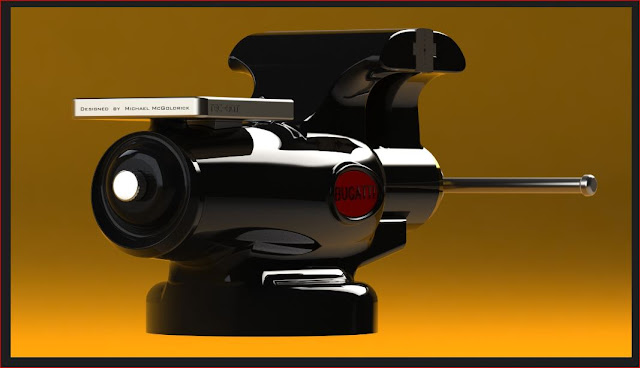 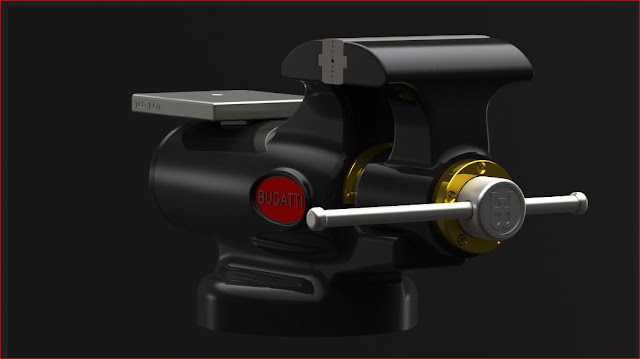 It would be cool to find one of these Bugatti vises. I wouldn't be able to afford it though. They sell for big bucks. I came across a CAD model of this though. It would be cool to build one Top Lipton style; like he did with the baby bullet Wilton.

Interesting story about Bugatti factory below though:


ETTORE BUGATTI WAS an artisan as well as engineer as well as automaker. It’s part of Bugatti lore that each prospective workman at the Molshiem factory was confronted with a challenging employment test: It involved two pieces of metal, a plate with a hole drilled in it and a dowel with diameter slightly larger than that of the hole.


The test was to fashion the dowel and hole into octagonal shapes so that the dowel would fit snuggly into the hole in any of the eight possible orientations. The only tools were a hand file and bench vise.

It’s likely as well that the bench vise used in this qualification test was itself a bit of artistry designed by le Patron. Today, these Bugatti vises are highly prized, with even latter-day reproductions fetching thousands of dollars.

Posted by Frankie Flood at 4:39 PM