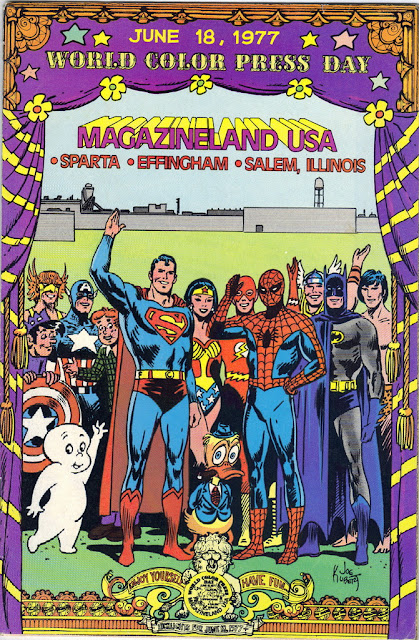 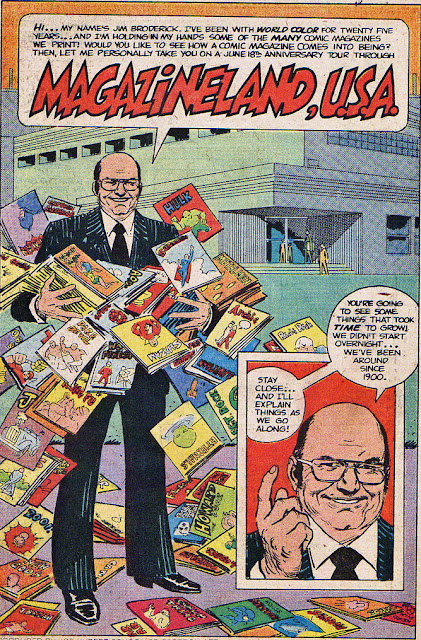 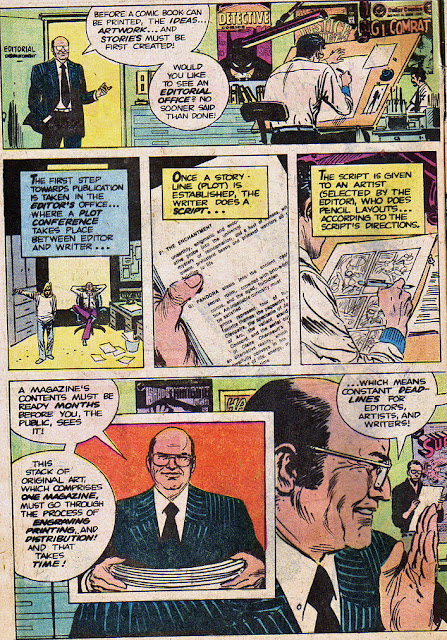 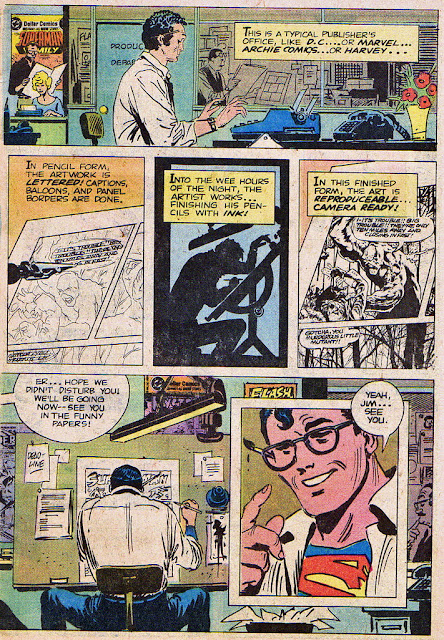 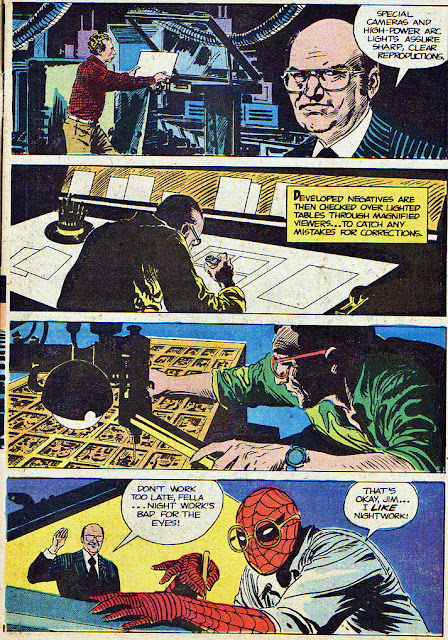 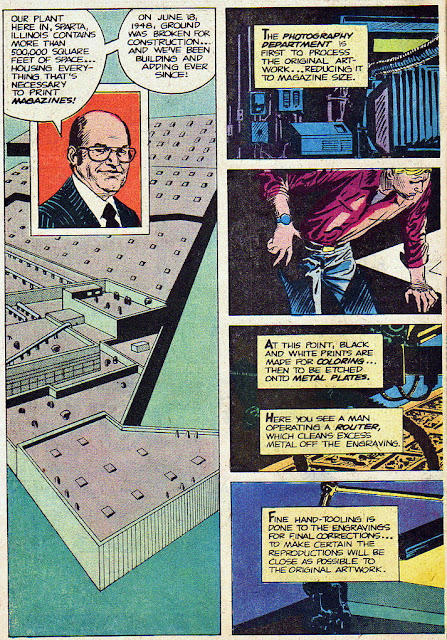 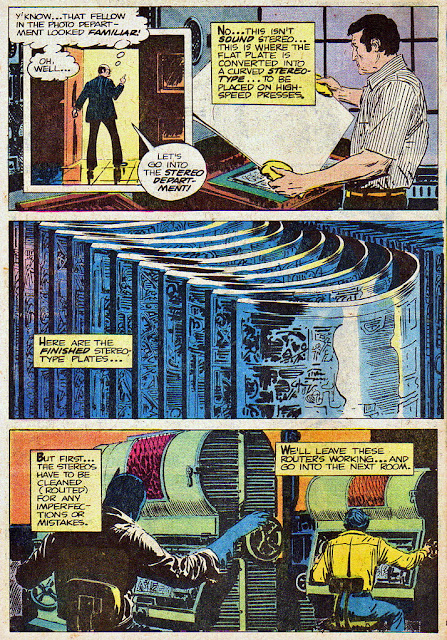 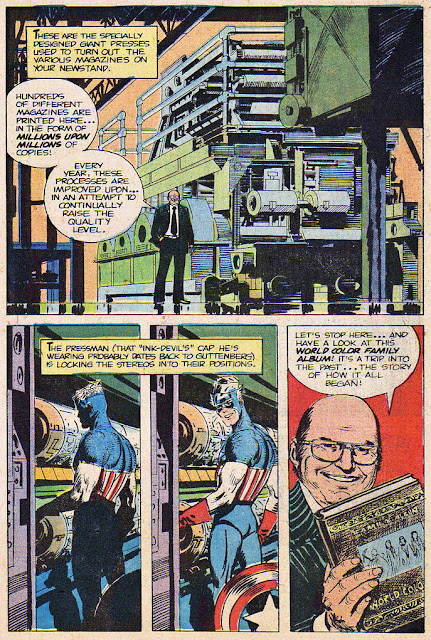 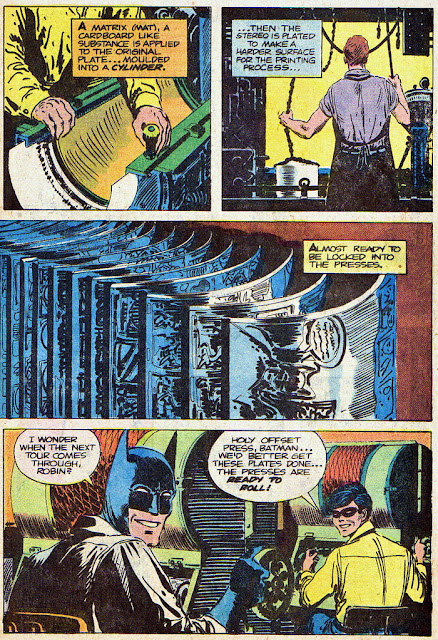 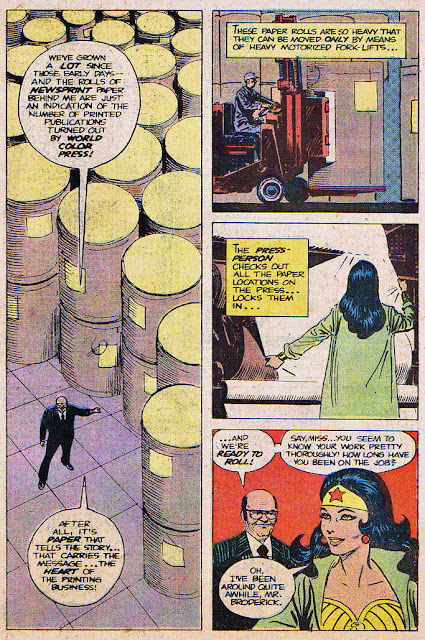 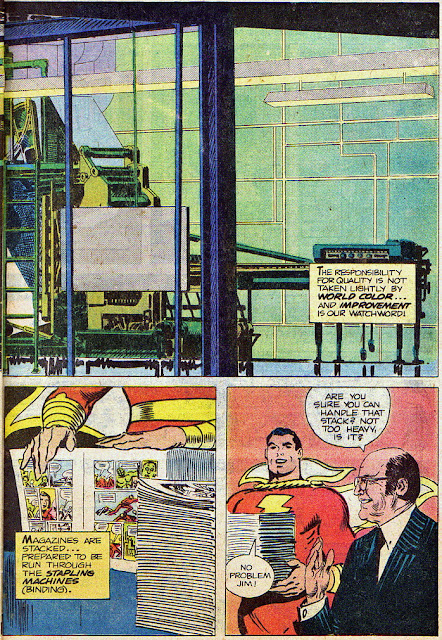 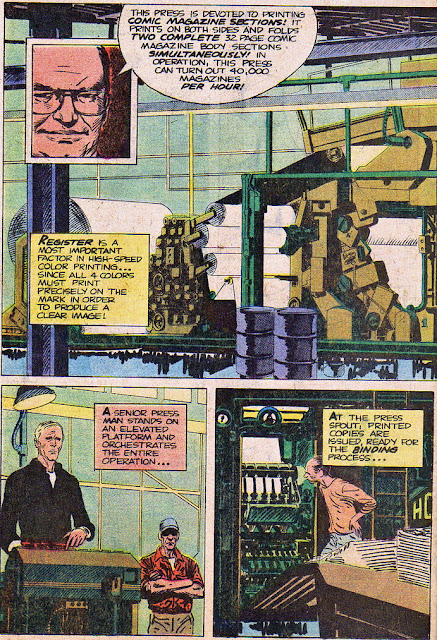 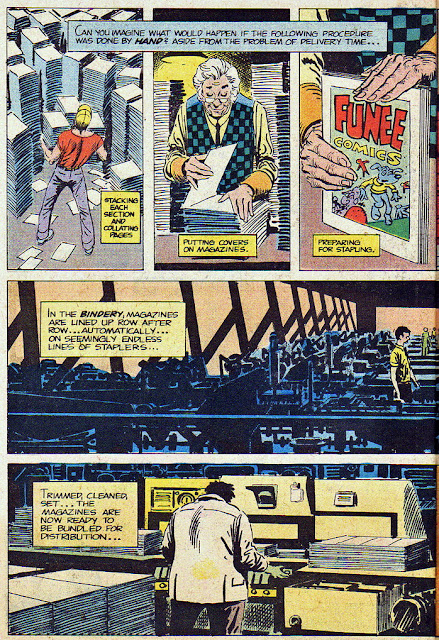 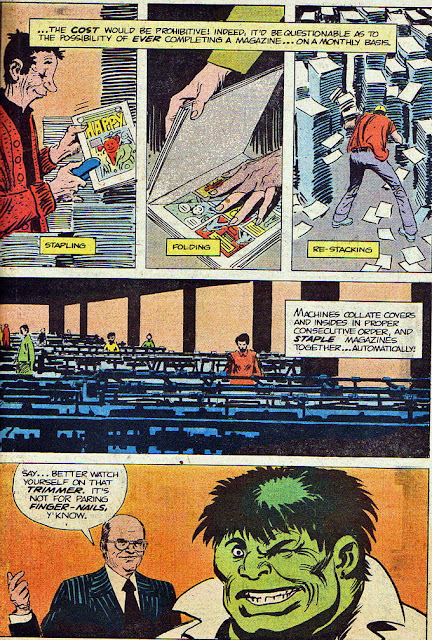 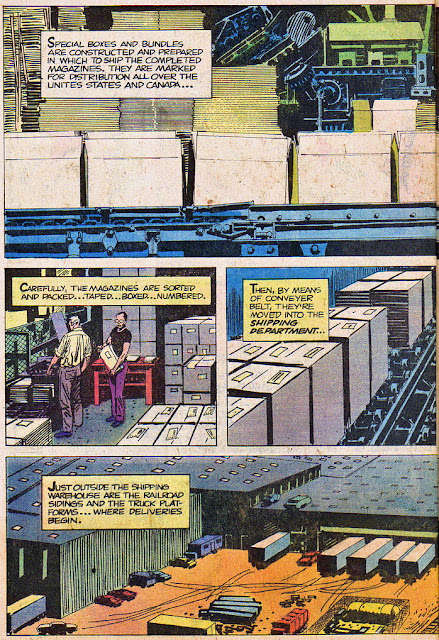 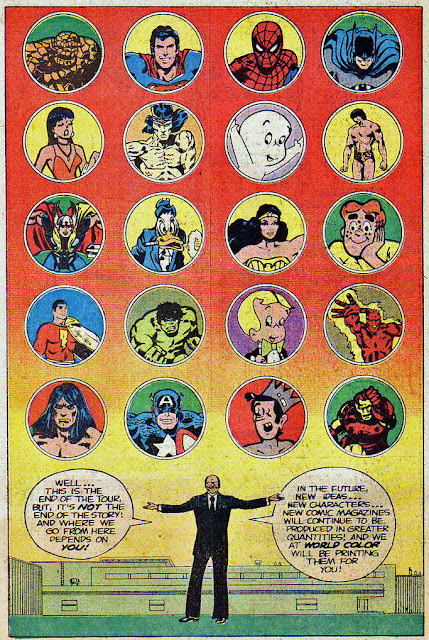 Jay Fox sent a link to a few of the images above of some offset press stuff from some old comics. I ended up following the link and found all of the pages above.

It's rather ironic to read through this as I grew up 30 minutes from Effingham, IL (where World Color was) and I worked (during college) at Petty Co. (another printing company) which was right next to World Color. My Dad worked at Petty Co. and was in charge of the plating and pre-press departments there. As a young kid, I used to go into work with him on Saturdays and get a coke in the break room outside from where the presses were. There was a janitor that worked at at both Petty Co. and World Color and he would bring my brother and I stacks and stacks of comics from World Color each month. The people that worked on the presses and in the bindery would leave comics lying around in the break rooms and he would collect them and bring them to my Dad to give to us. I was very familiar with the process that it took to create printed magazine or comic book as my Dad had done this for many many years. Several of my uncles, and other family members (brother in-law and sister) worked in printing factories just as I did. I'm glad I had that experience...nuff said.

The website noted the following about the comic:
"The comic itself was commissioned by World Color Press in 1977 to celebrate their open day. World Color had been printing comic books since 1940 and the magazine showcased their history with photos and histories. Sadly World Color doesn't exist anymore having been bought out not that long ago, but, in it's day, it printed virtually every American comic book that was sold on the market."

Posted by Frankie Flood at 6:29 PM