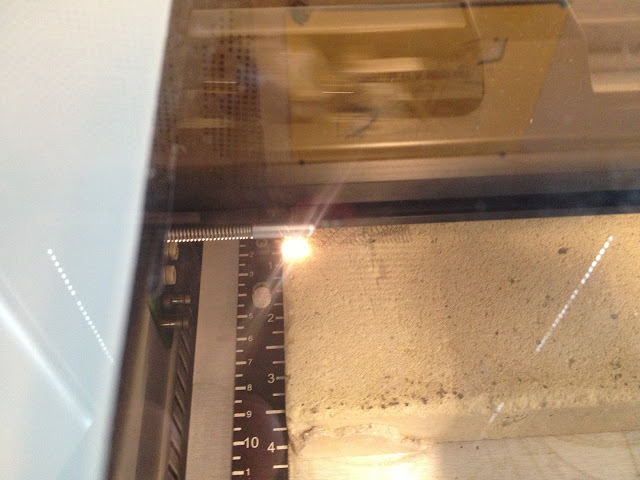 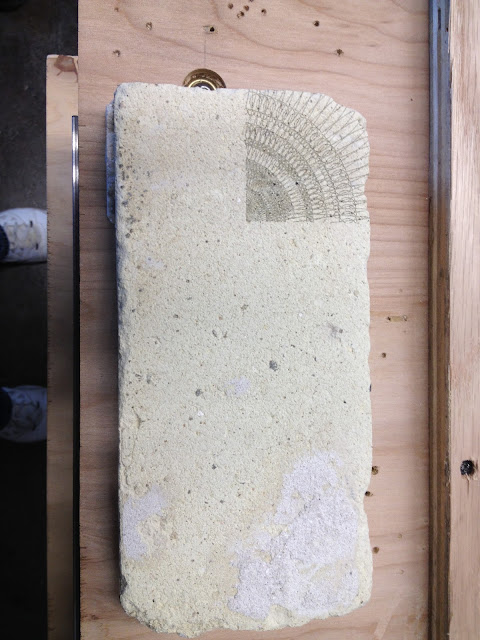 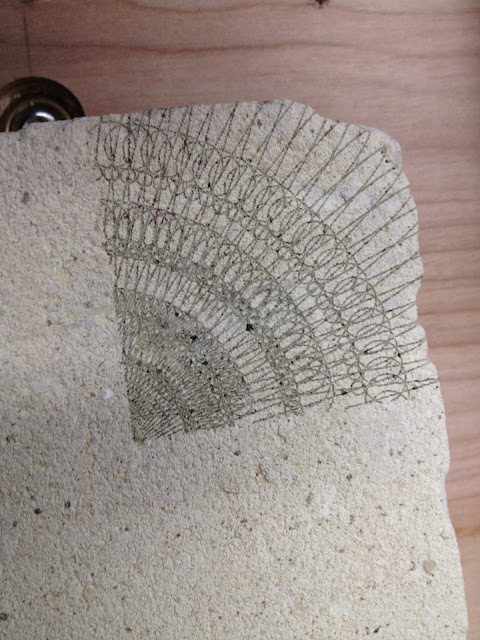 We decided to try laser engraving cream city brick. It worked pretty well. A printmaking student has been using the bricks for printing plates and he was curious about engraving them and using them as an engraved plate. After completing the test, he didn't think he would be able to ink it and print it, but it's still a cool experiment.

For those of you curious about what cream city brick is:
Cream City brick is a cream or light yellow-colored brick made from a clay found around Milwaukee, Wisconsin, in the Menomonee River Valley and on the western banks of Lake Michigan. These bricks were one of the most common building materials used in Milwaukee during the mid and late 19th century, giving the city the nickname "Cream City" and the bricks the name "Cream City bricks".

Your student might want to try CNC machining the brick instead - I came across these guys a while back when trying to figure out if I could make marble 1911 grips: http://www.2linc.com/tools_armor_mill.htm