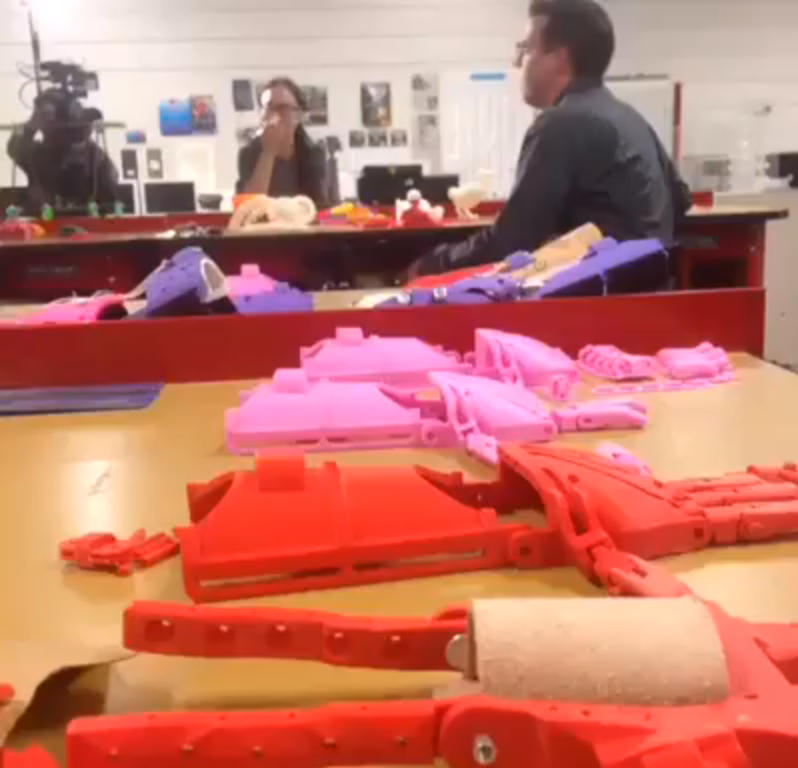 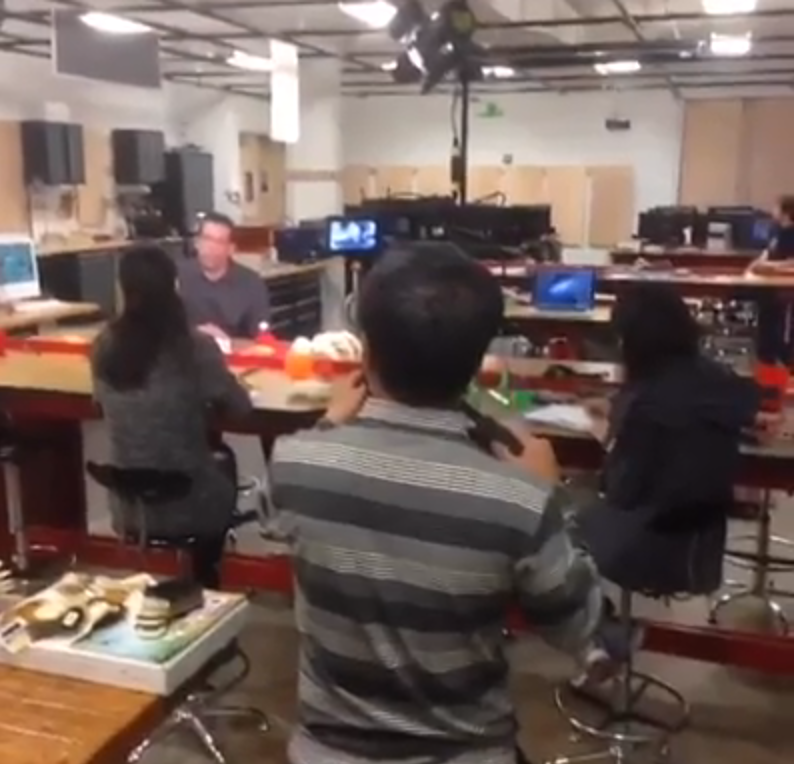 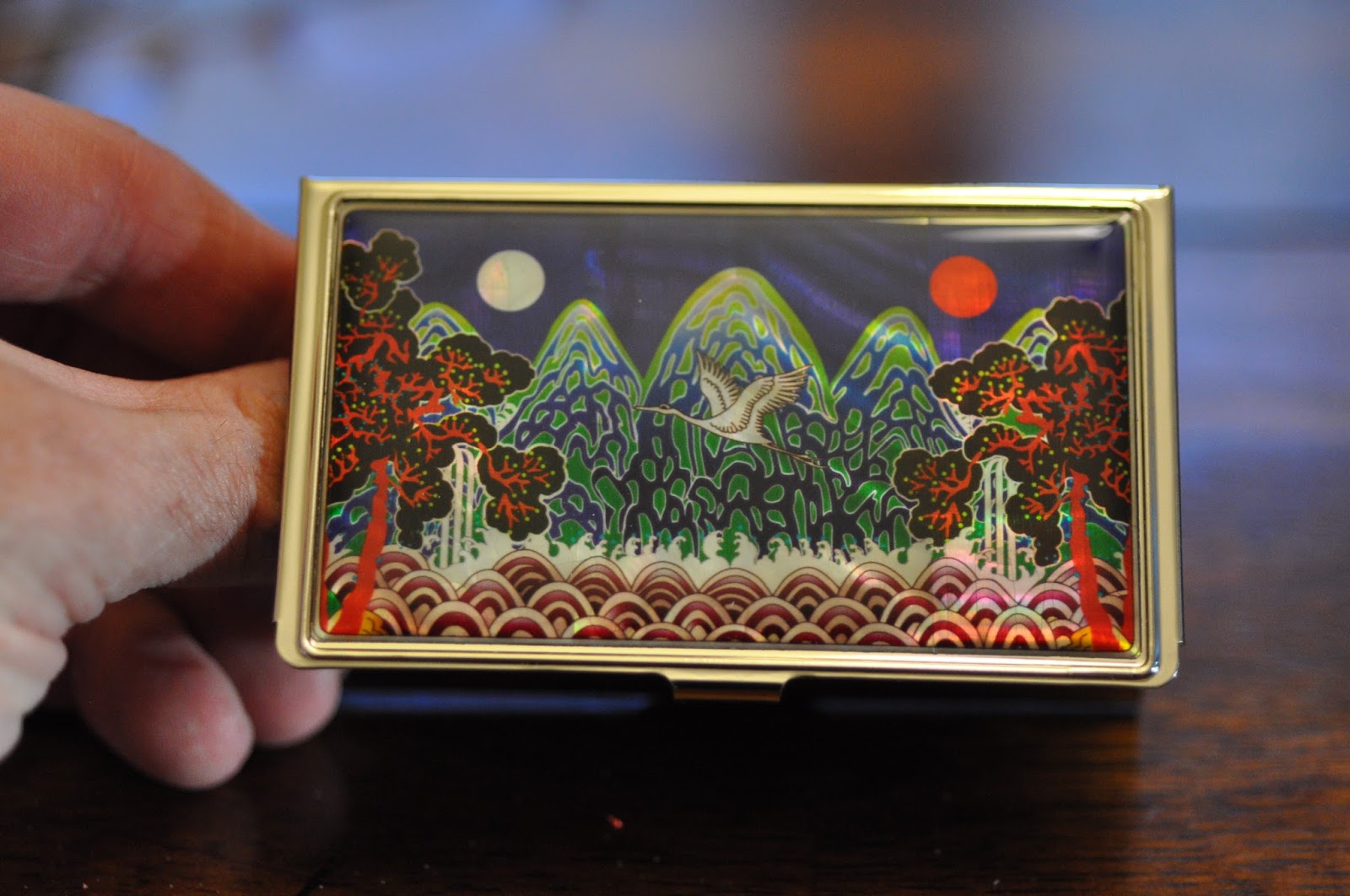 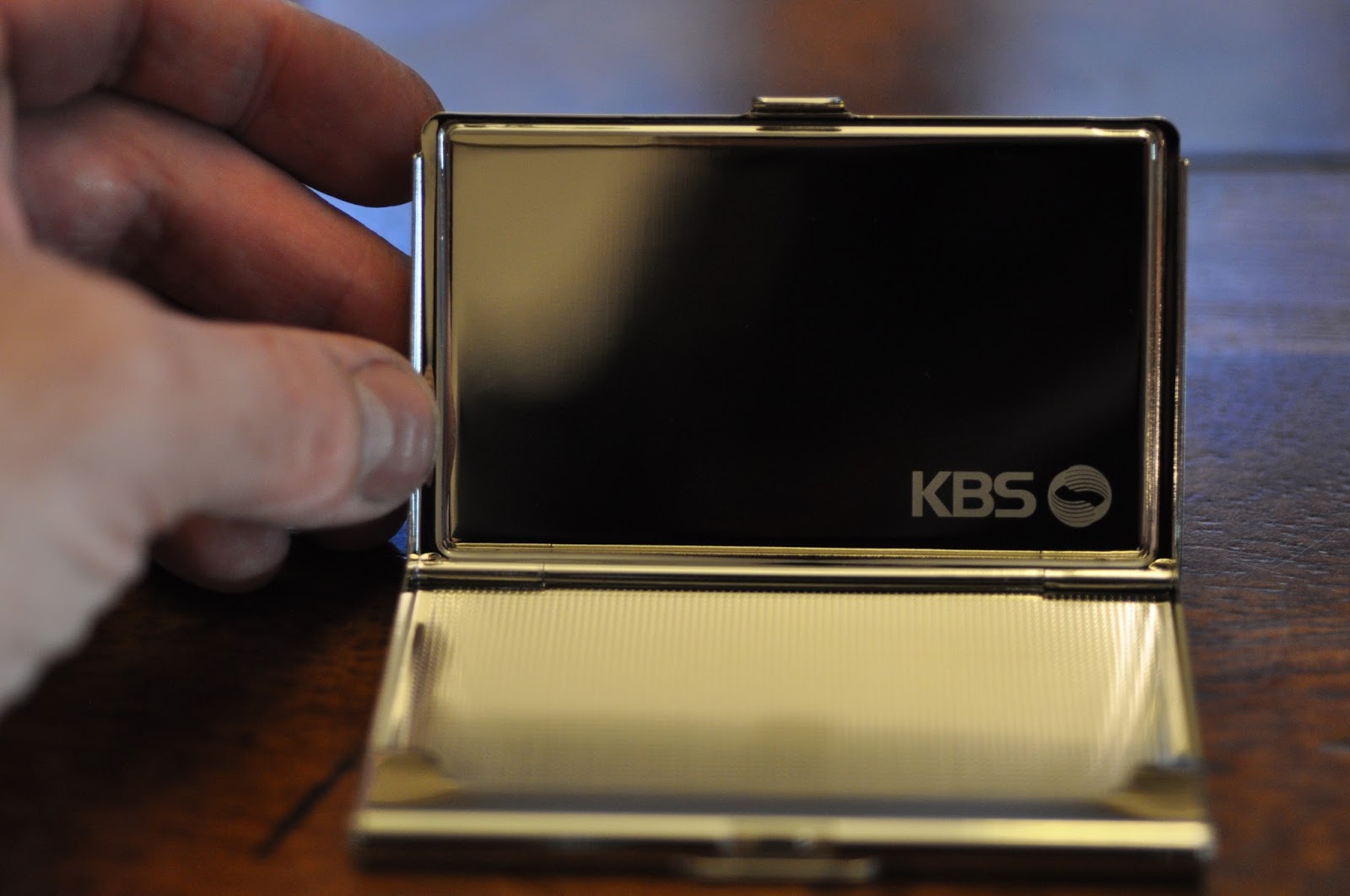 Last week I was interviewed by the Korean Broadcasting Service for a documentary they are making about the Digital Revolution. They are filming two documentaries: one on 3D printing and another on virtual currency. They were interested in touring the DCRL and wanted to talk about the 3D printed hands and the work with e-NABLE. They also spoke with Chad about his recent 3D printed work. Apparently the KBS is the largest broadcaster in Korea and the equivalent of the BBC in the UK. They have been touring the world and interviewing several people for said documentary. They mentioned that they had just finished speaking with the CEO of 3D Systems, Chuck Hull. The crew was very kind and they gave me the business card holder you see above. They expect the documentary to premiere in July.

Posted by Frankie Flood at 9:14 PM