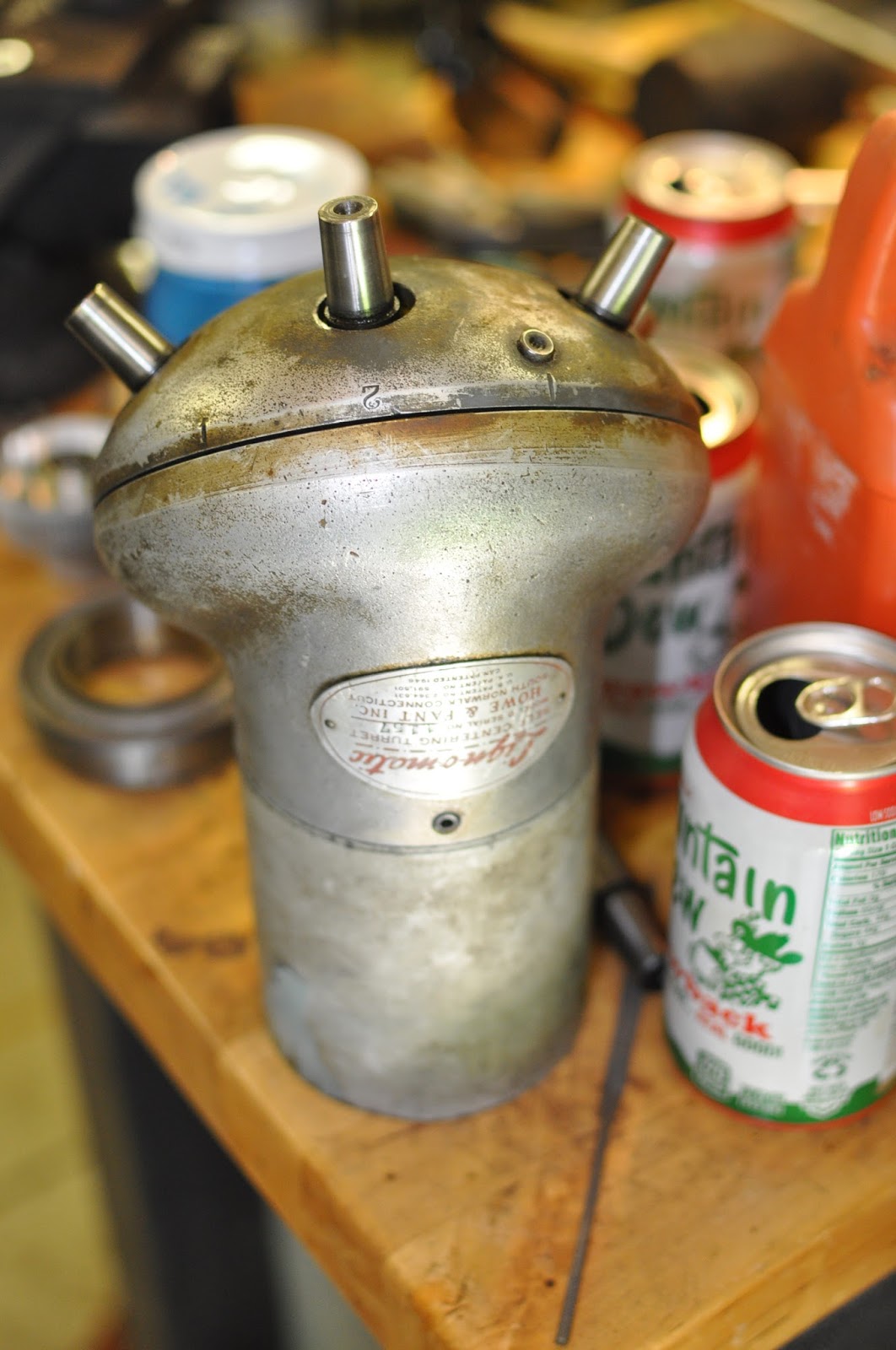 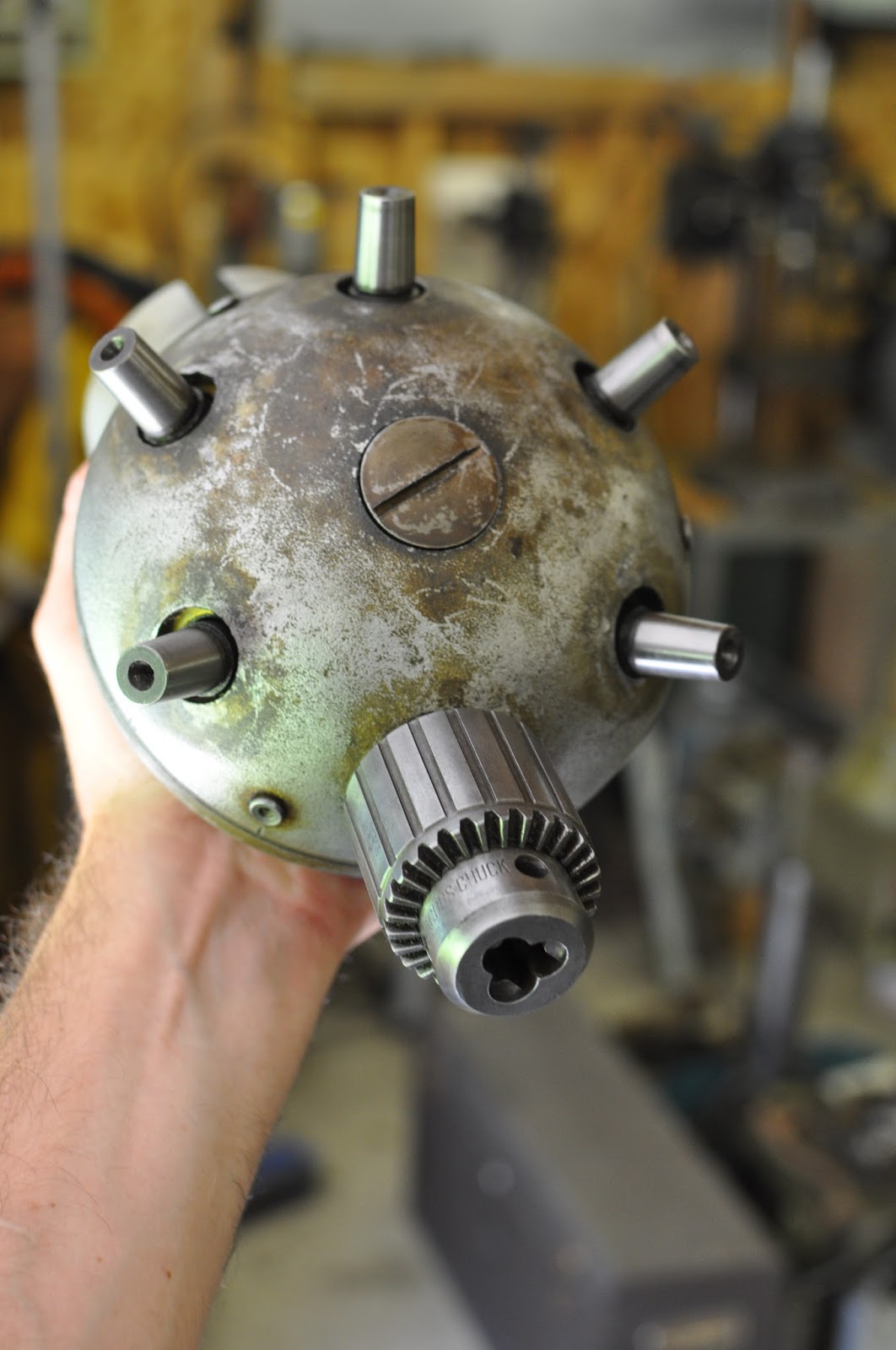 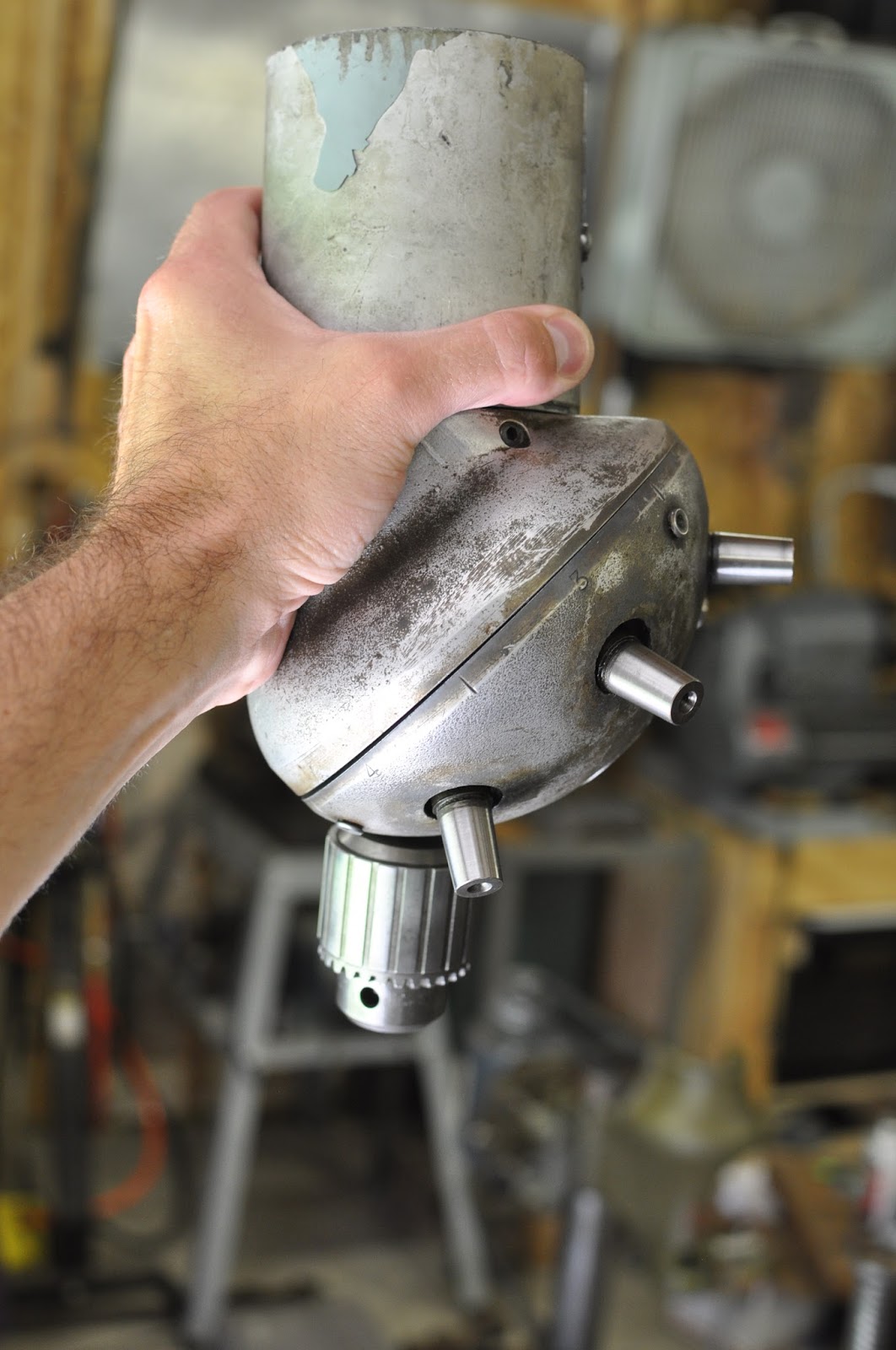 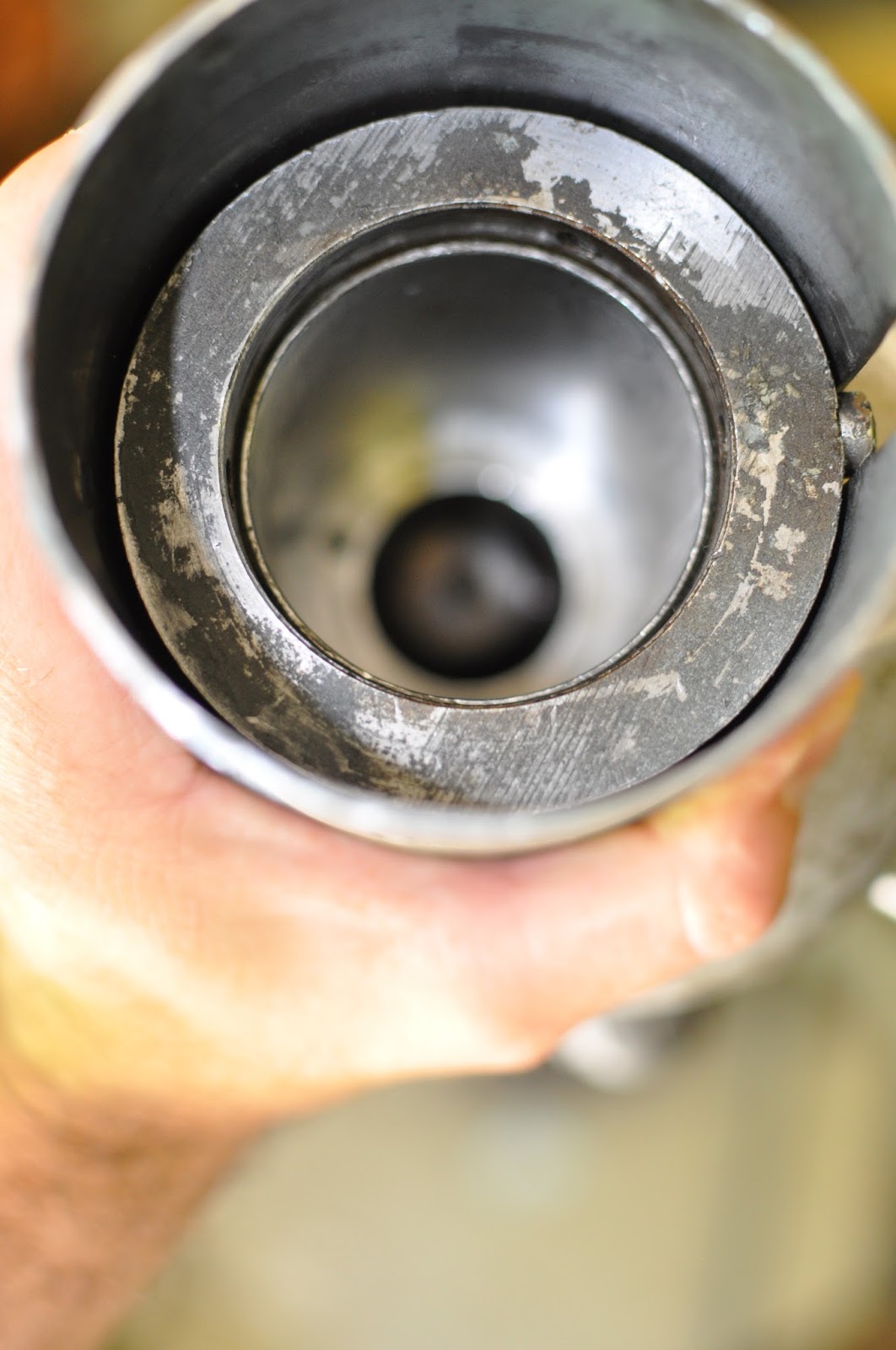 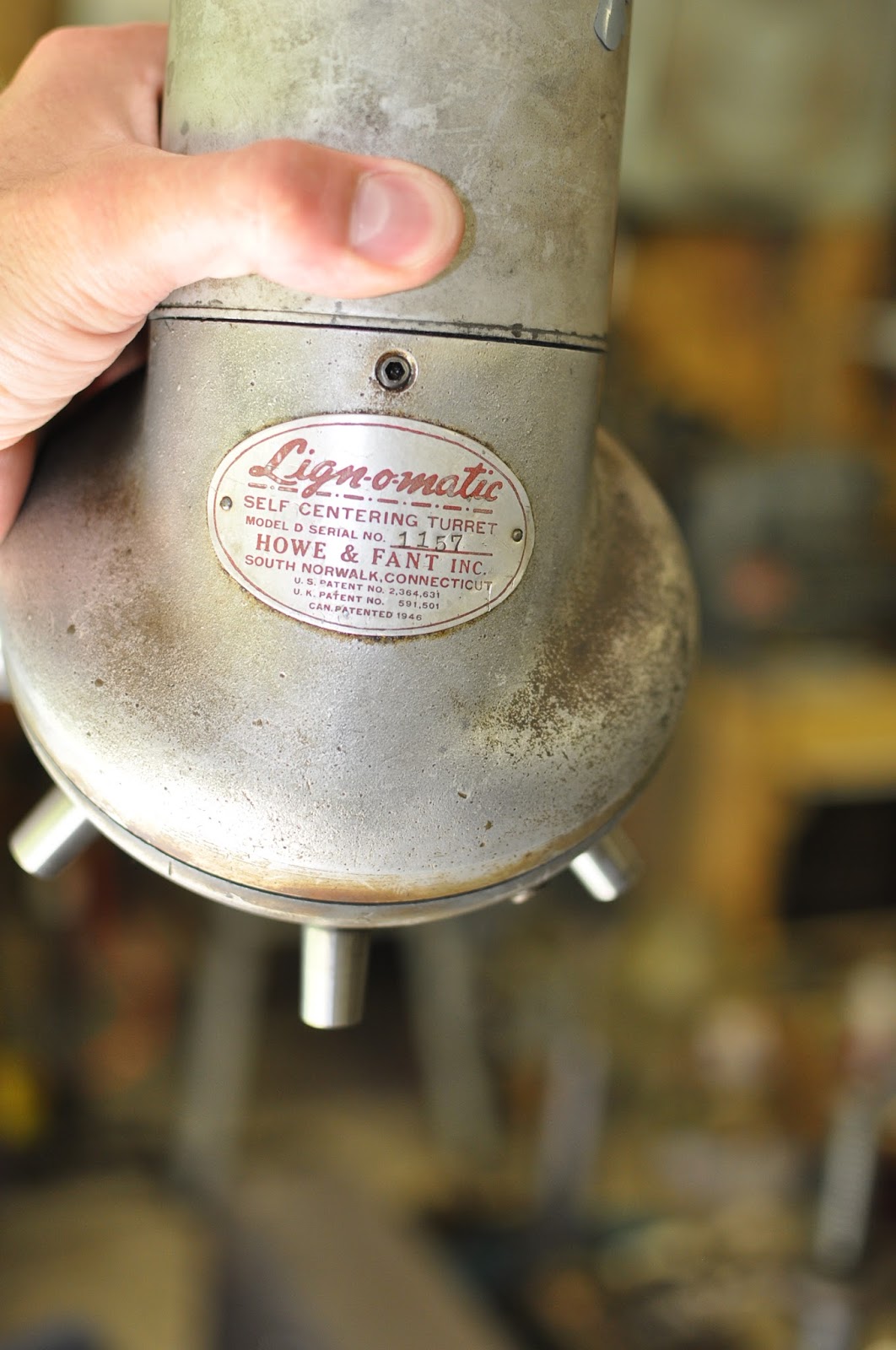 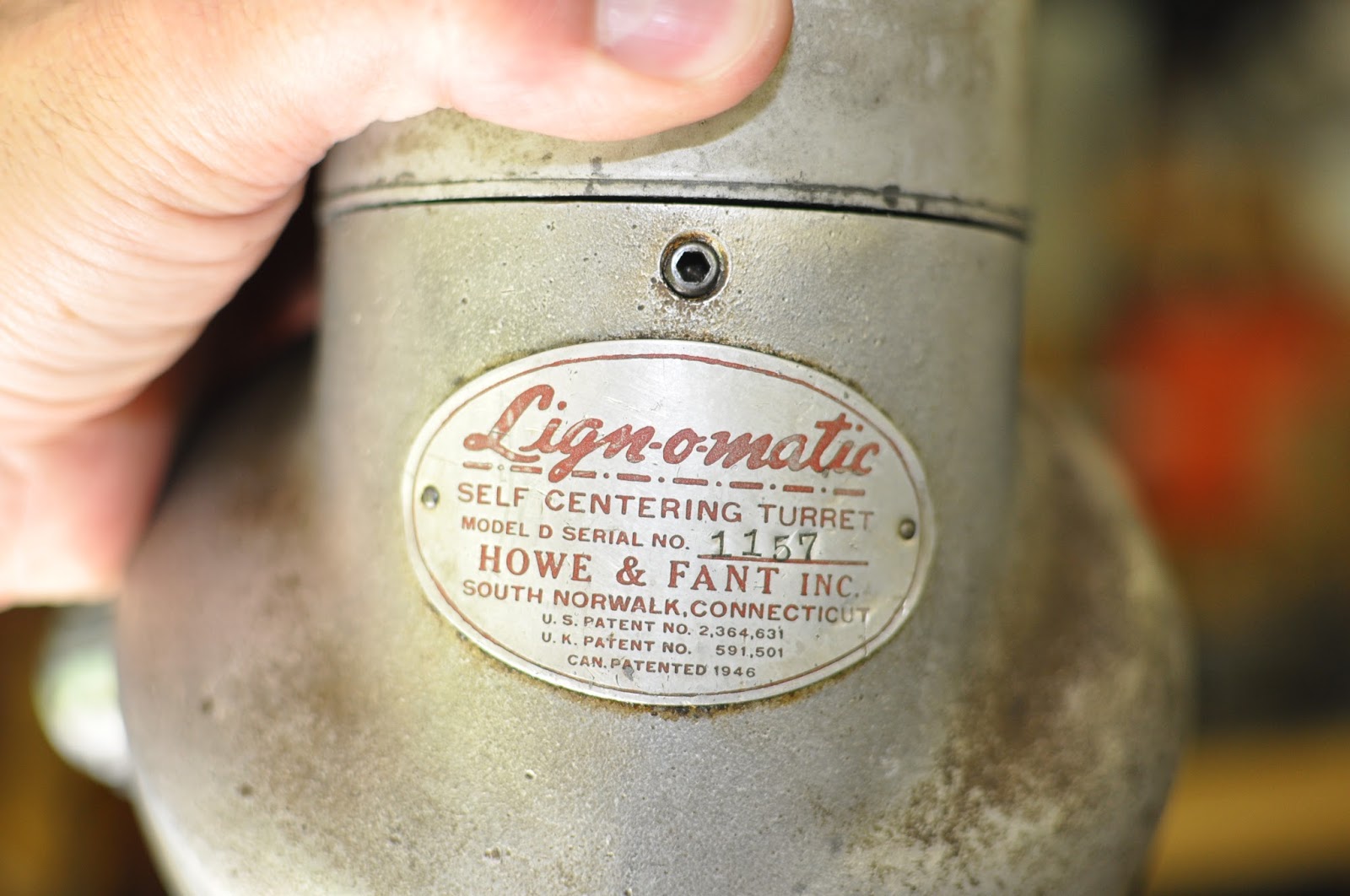 While I was snooping around Chad's studio, I spotted the turret that he had mentioned to me one day at work. I have to say that I was mesmerized by this. I have seen turrets for lathes as well as turret attachments for lathe tailstocks, but this one seemed a bit different. Chad told me we could work out a deal on this one, so I brought it back to my studio to see if I could do some research on it. I looked up some things and came across the following images of drill press turrets, but honestly couldn't find much. I decided I would take it apart and look things over. 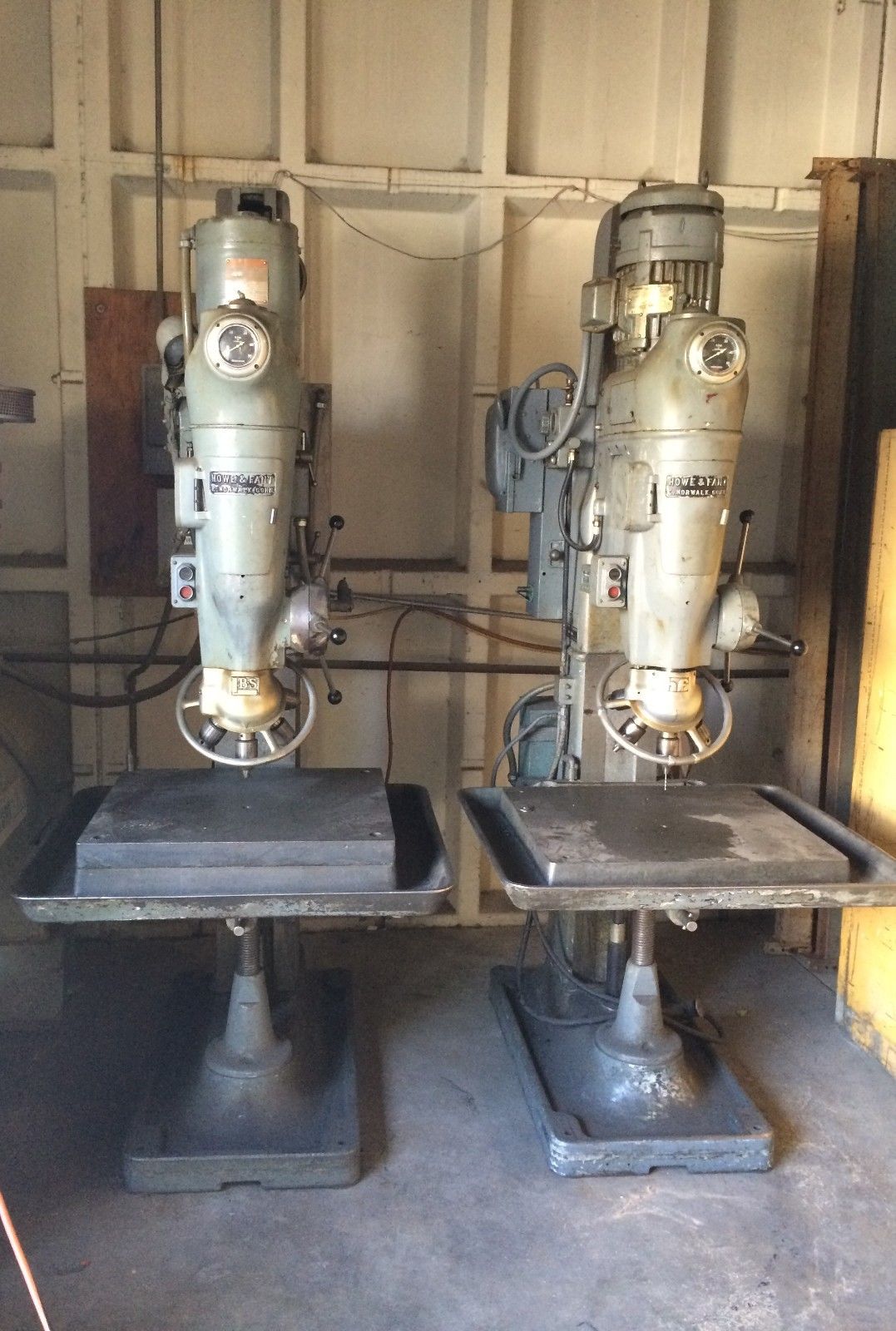 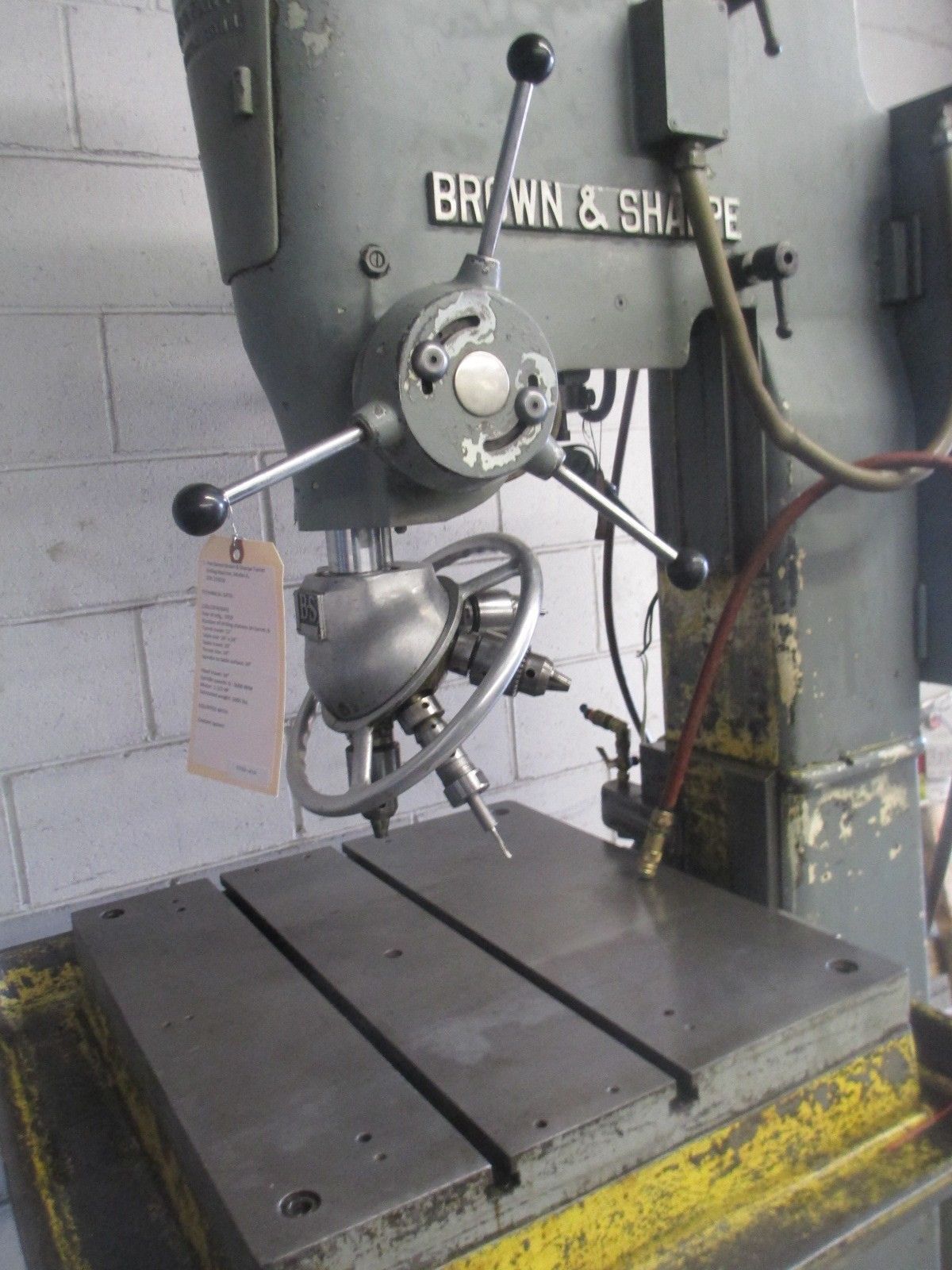 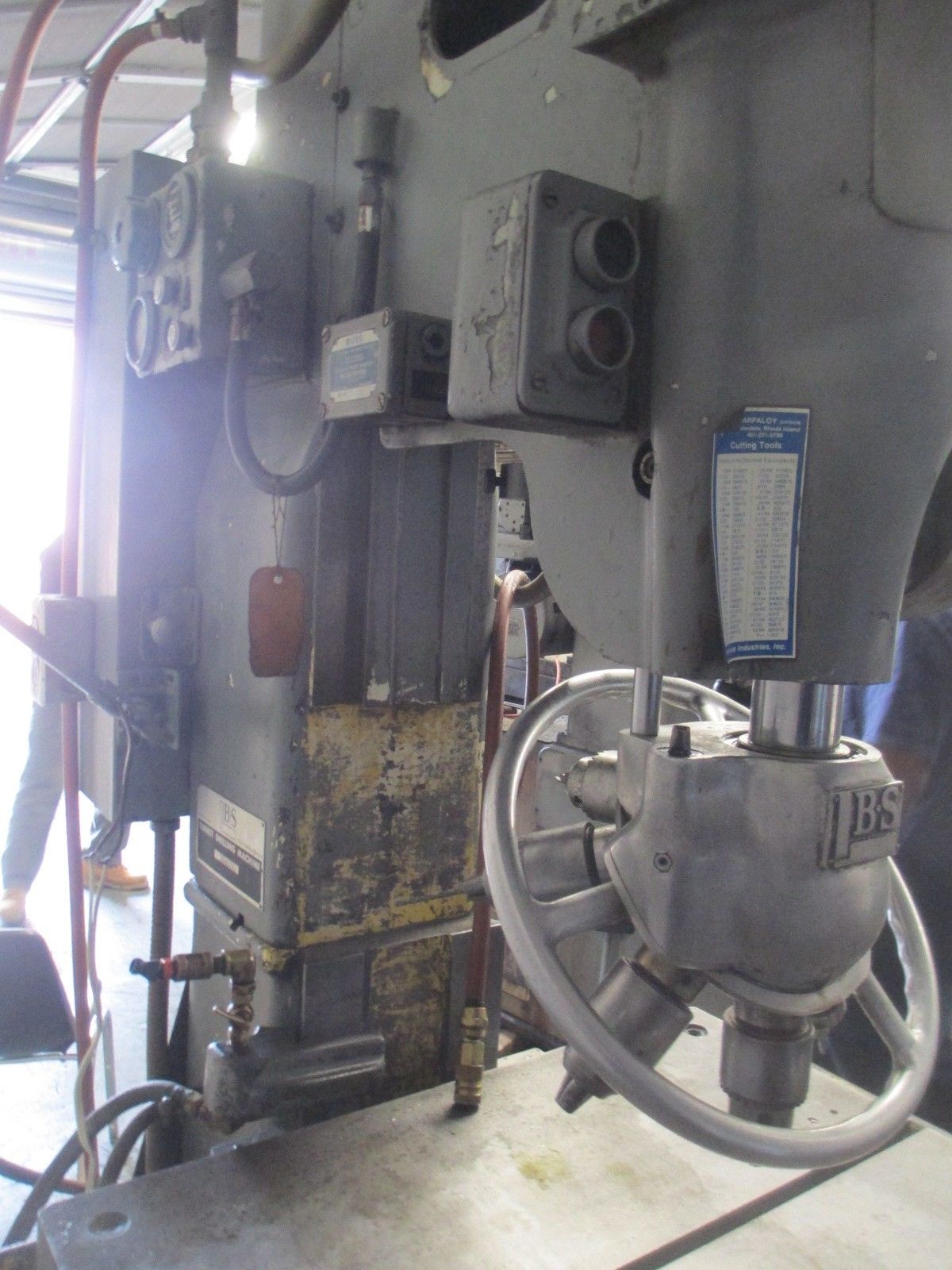 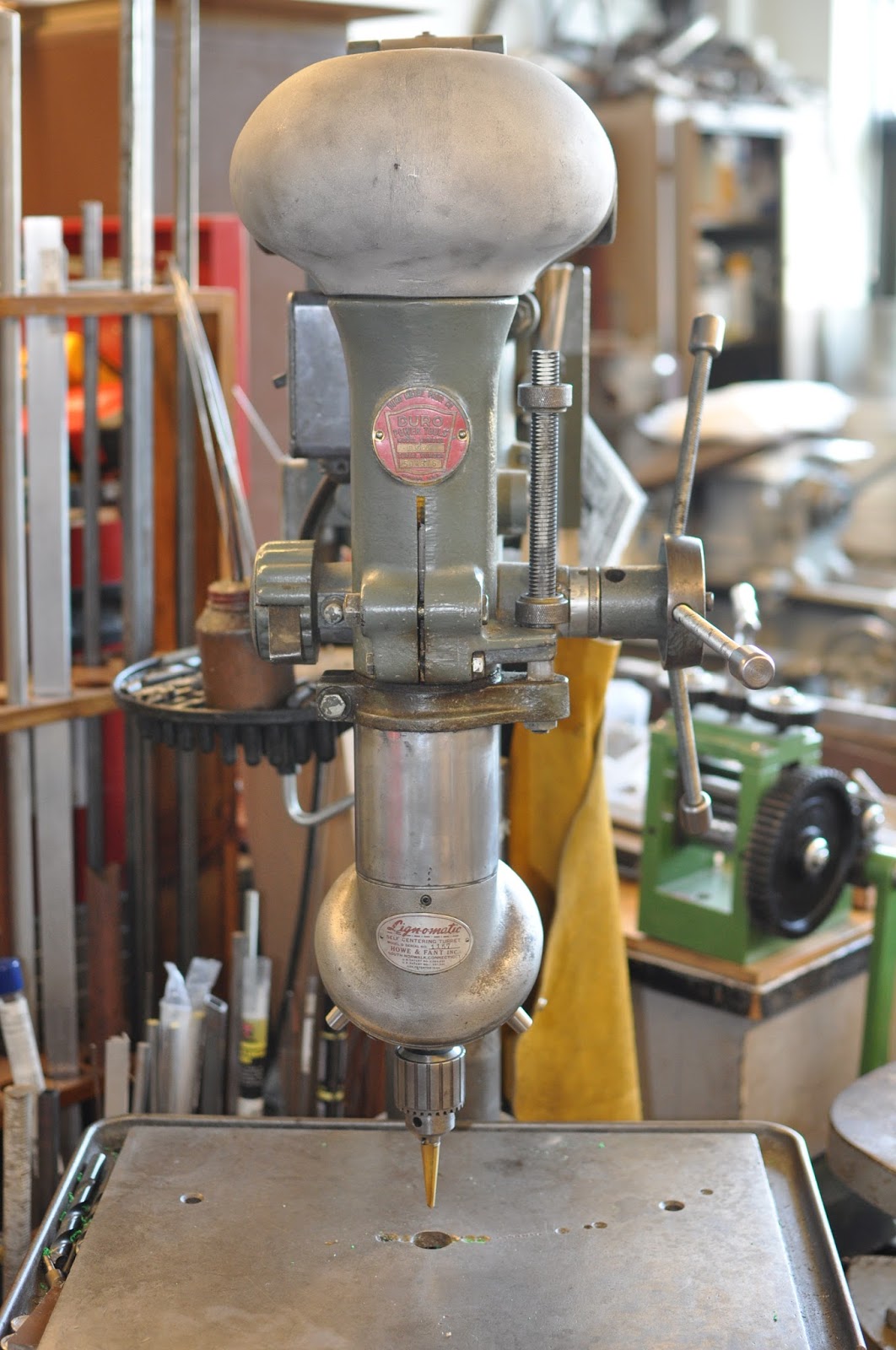 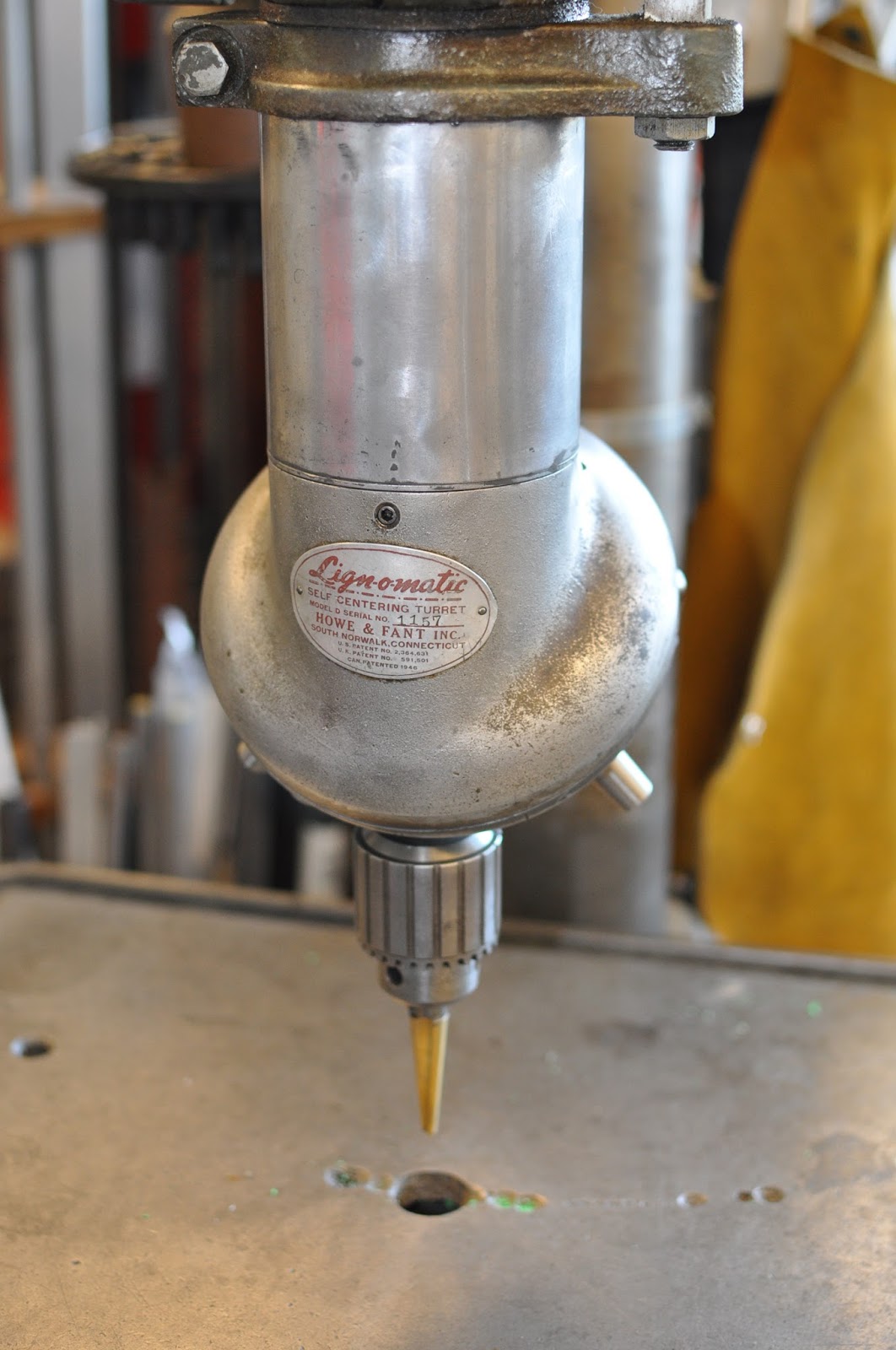 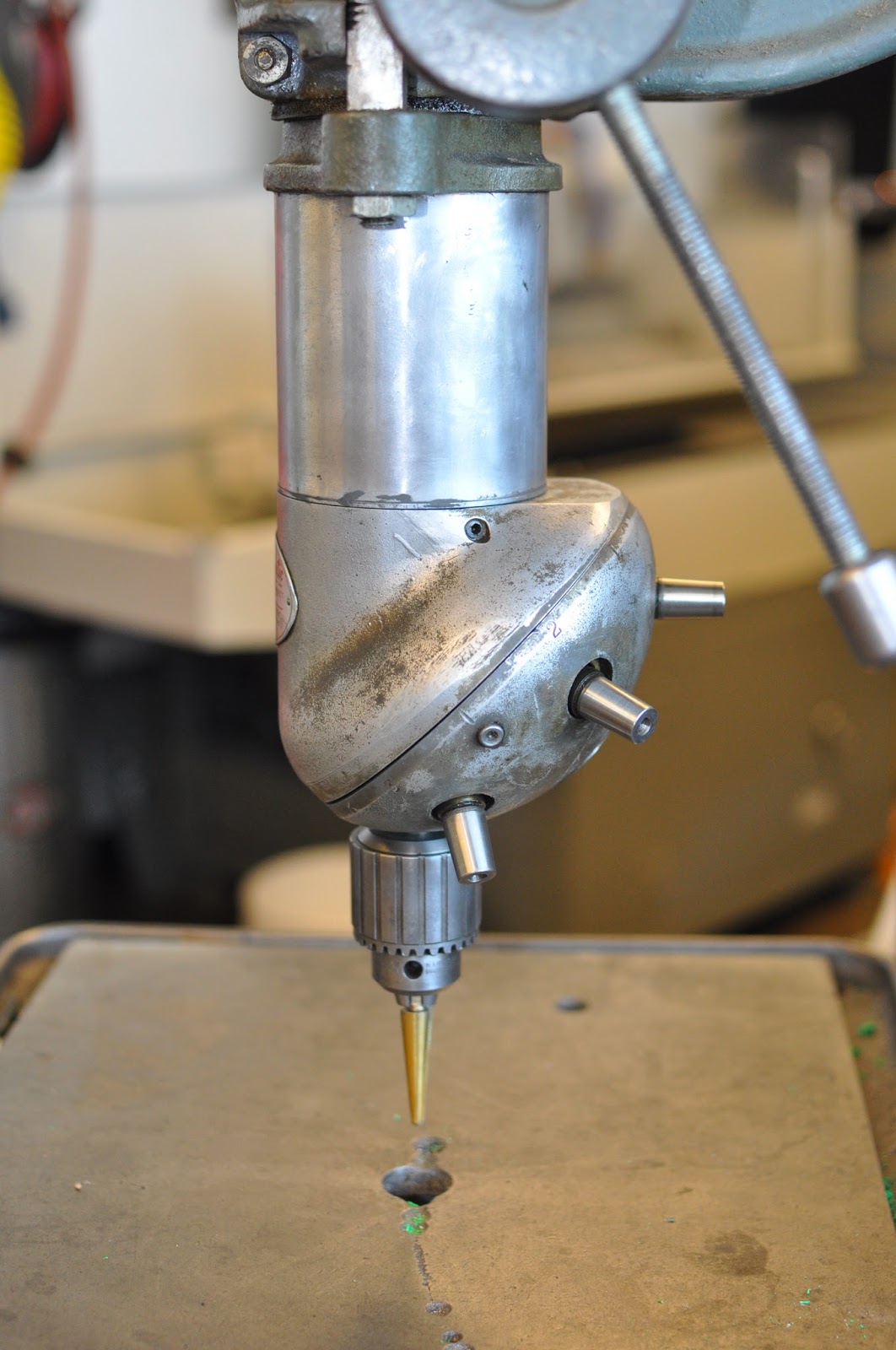 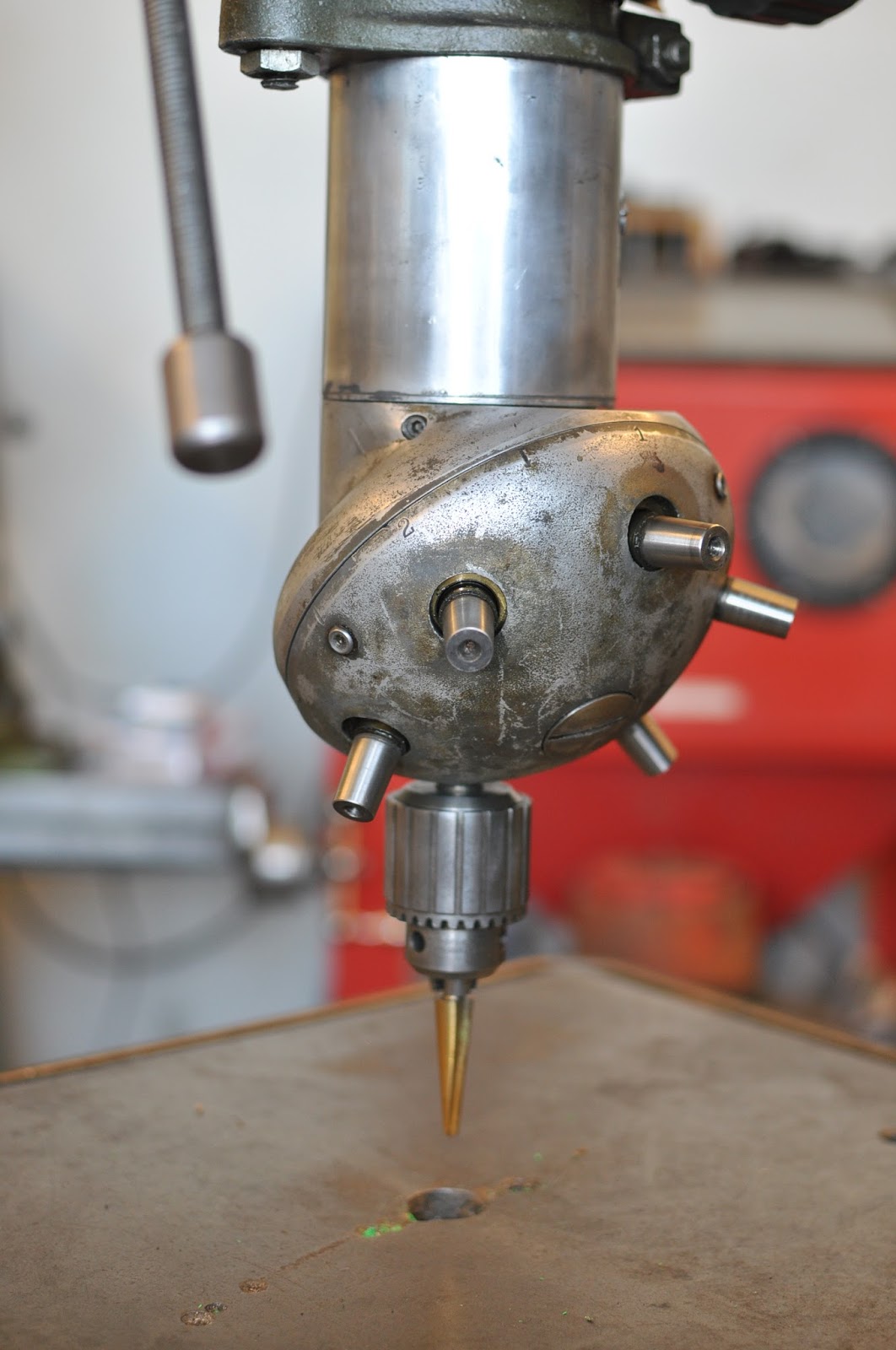 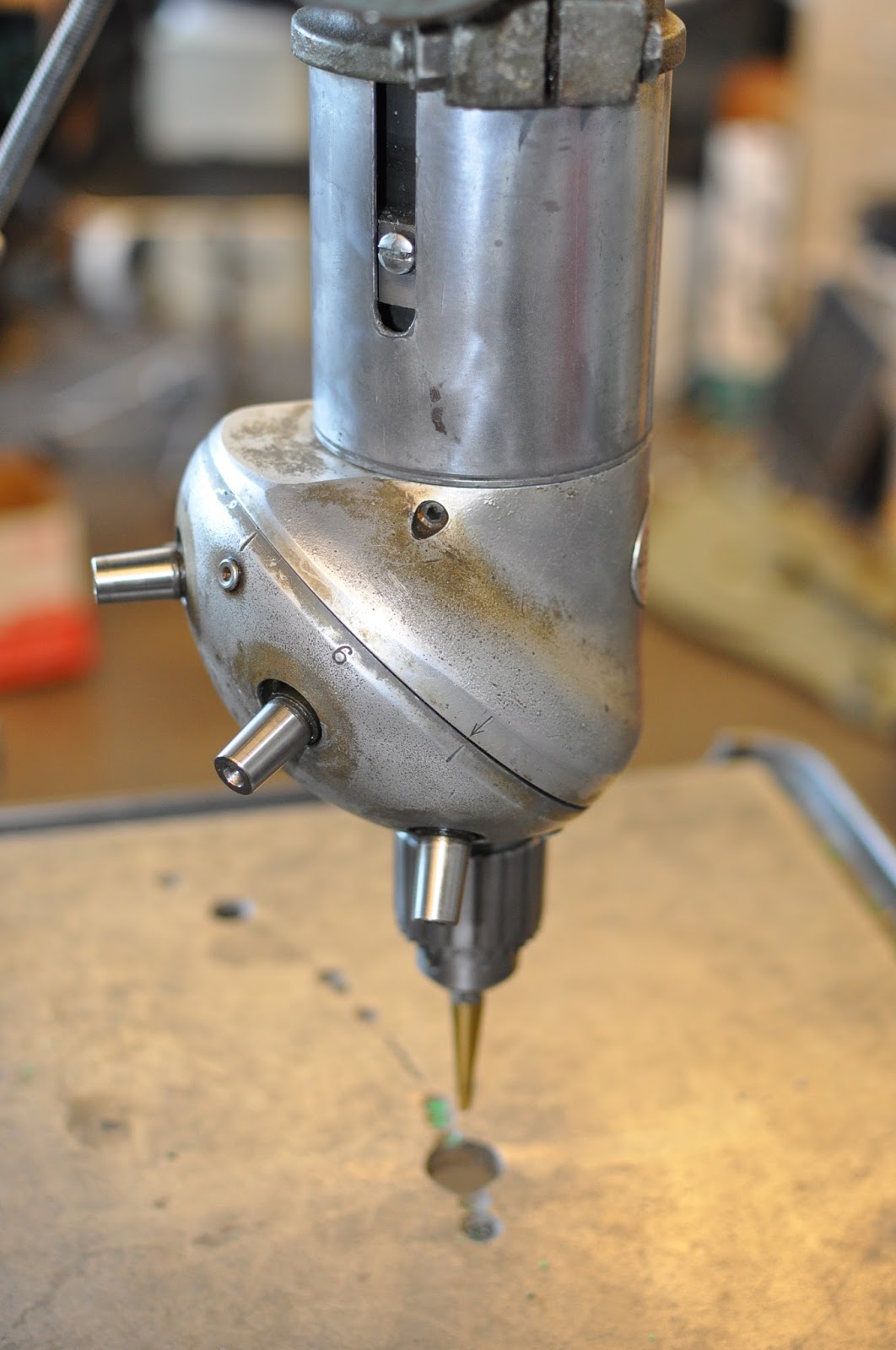 The turret uses a no. 2 morse taper and my Duro drill press just happens to have a no.2 spindle. Chad and I both discussed the fact that there was a sleeve that would need to match the quill diamet of the drill press this was going on. I checked my quill and it was too large for the collar. I figured I could machine the collar if need be as it was a simple part, but I also figured that I would be able to bore the existing collar to fit. I chucked the piece in the lathe and carefully bored it to fit the Duro quill. Once that collar was on, I was able to thread the inner collar and secure the large spring inside the upper aluminum housing. The rest was "cake" with just six set screws to secure things in place. I need to get some more chucks to attach to the turret before I can take advantage of it's capabilities, but I like it so far. I'm not sure how much use this I do sometime perform a lot of repetitive center drilling, pilot hole, drilling, threading, so maybe it will serve it's purpose in my shop. Time will tell.

Posted by Frankie Flood at 4:51 PM