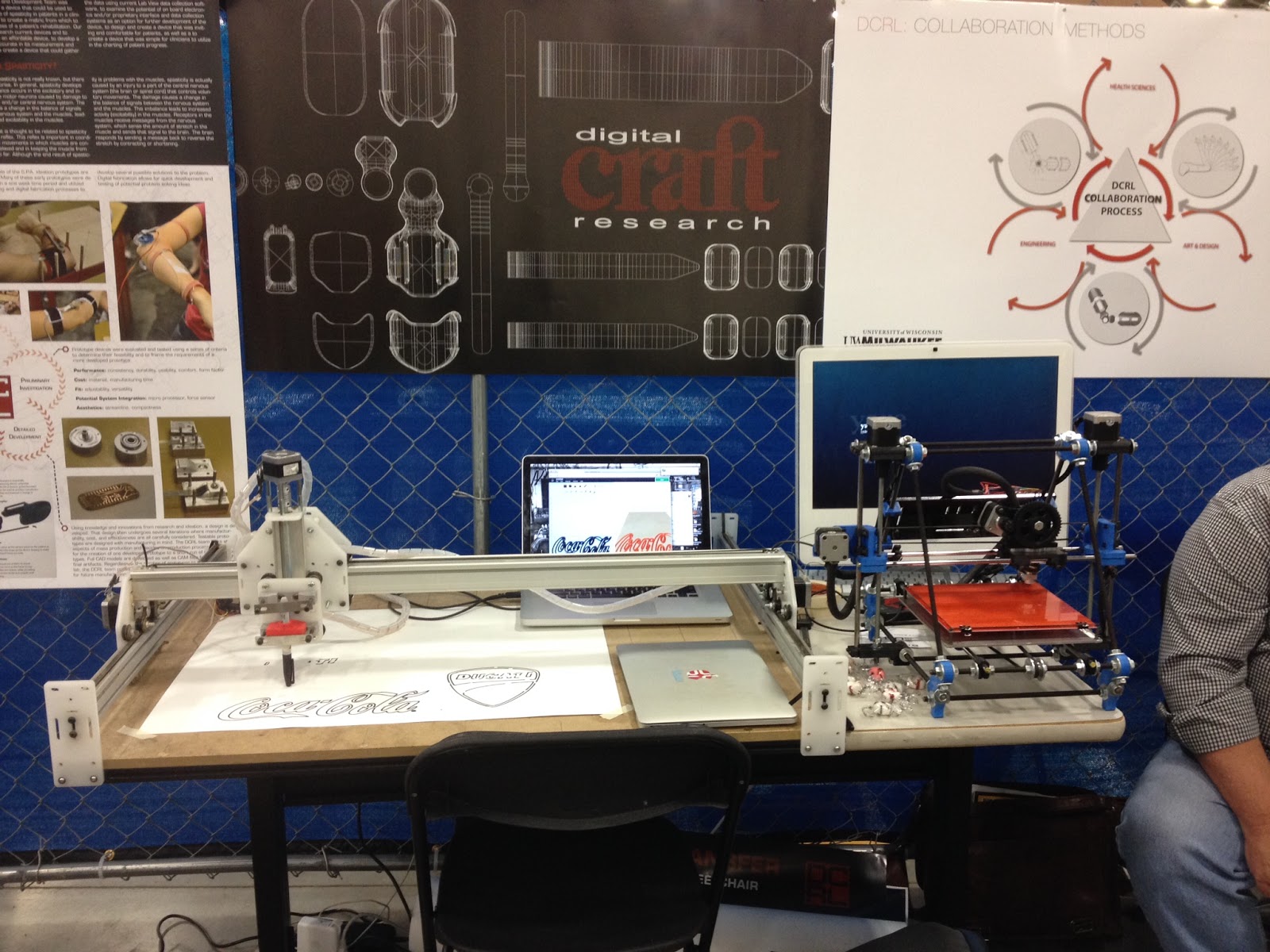 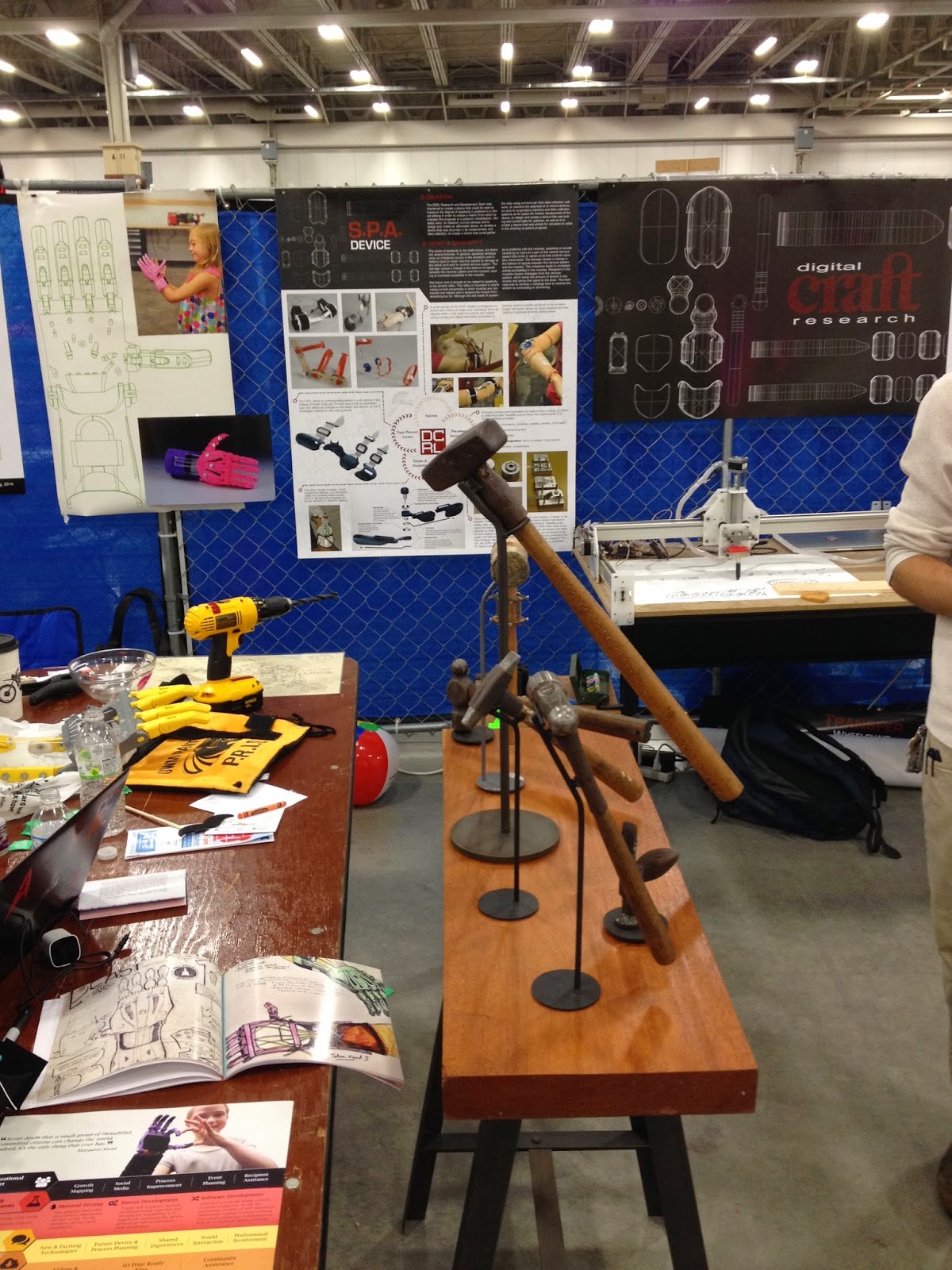 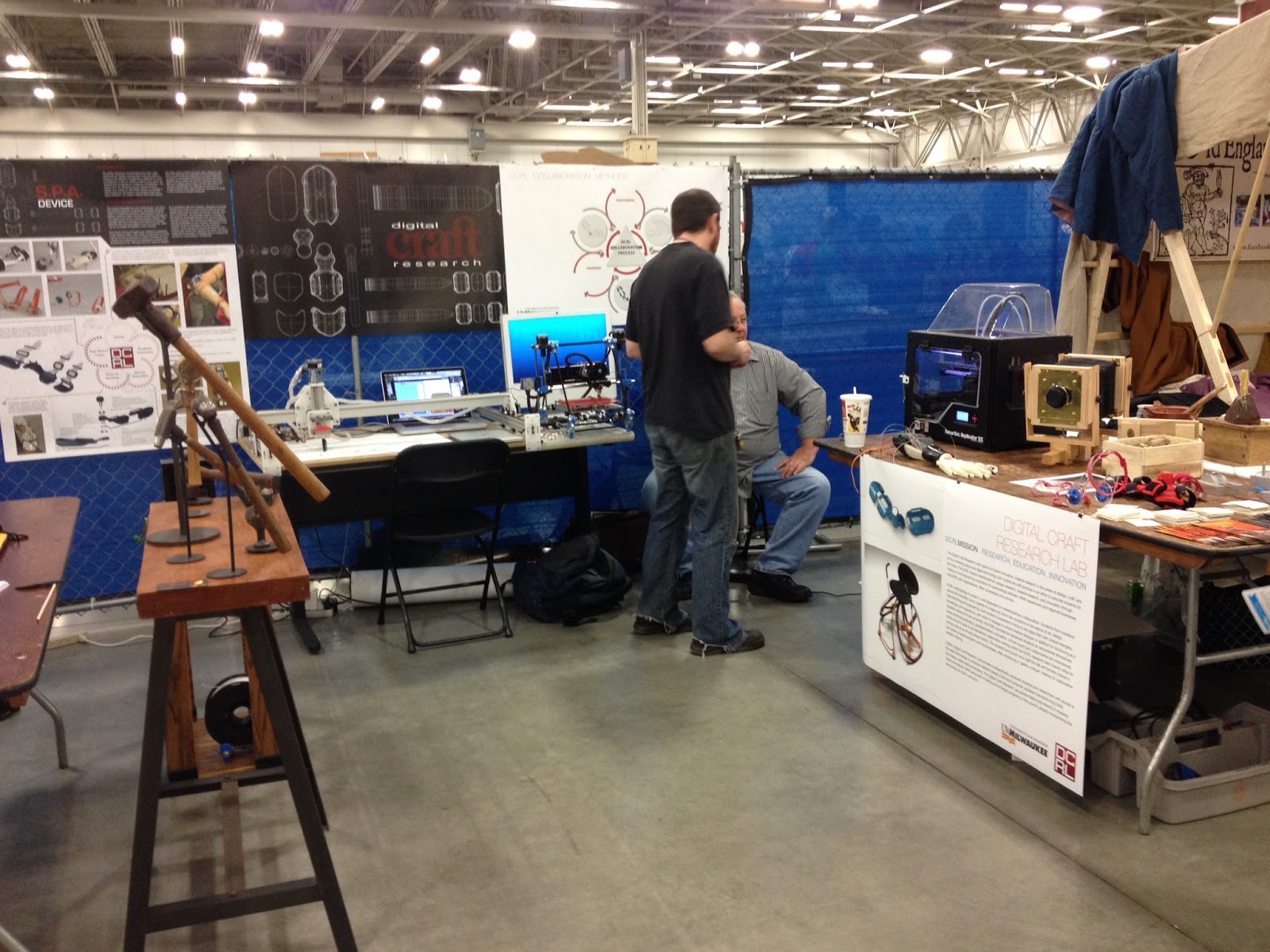 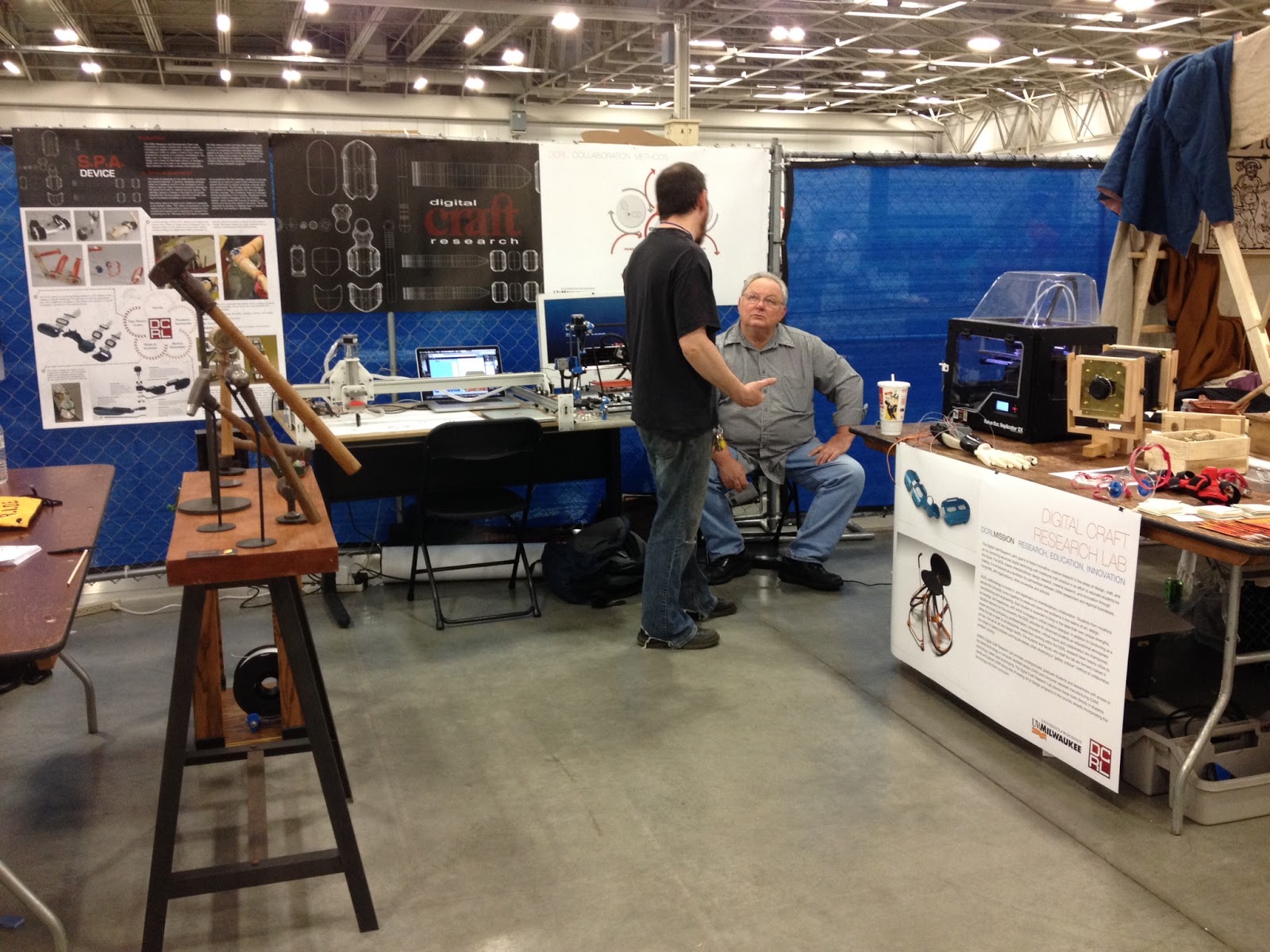 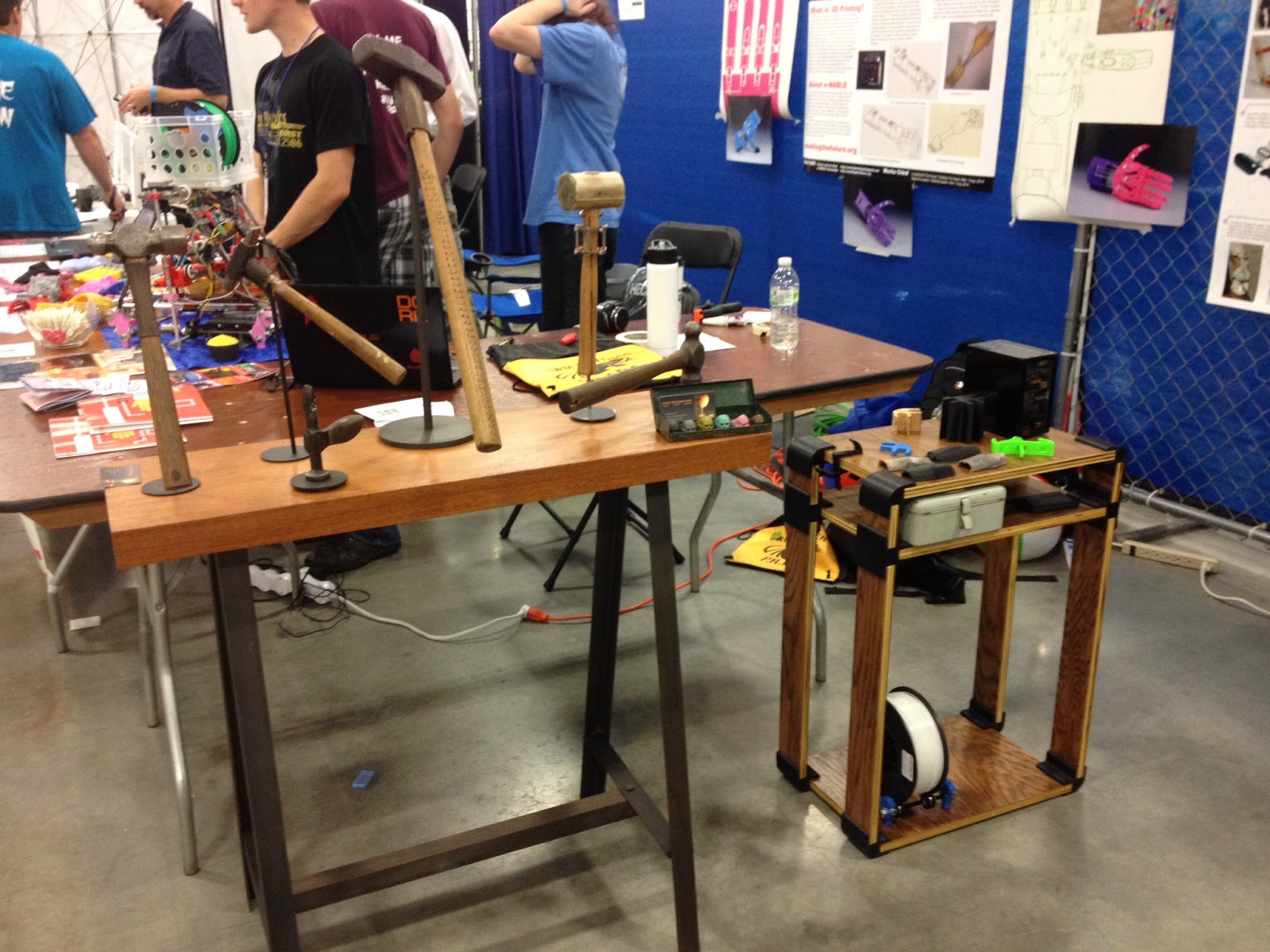 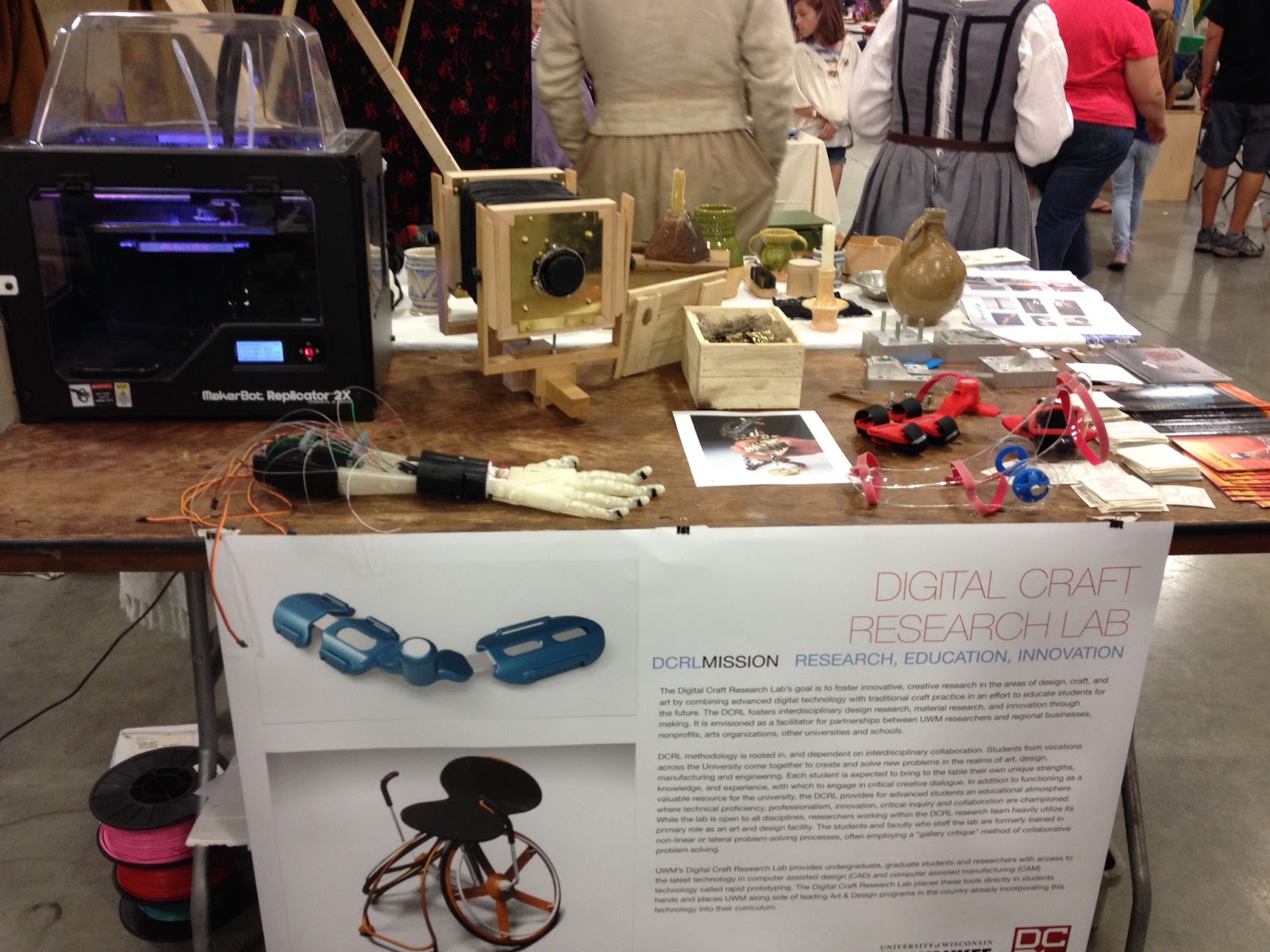 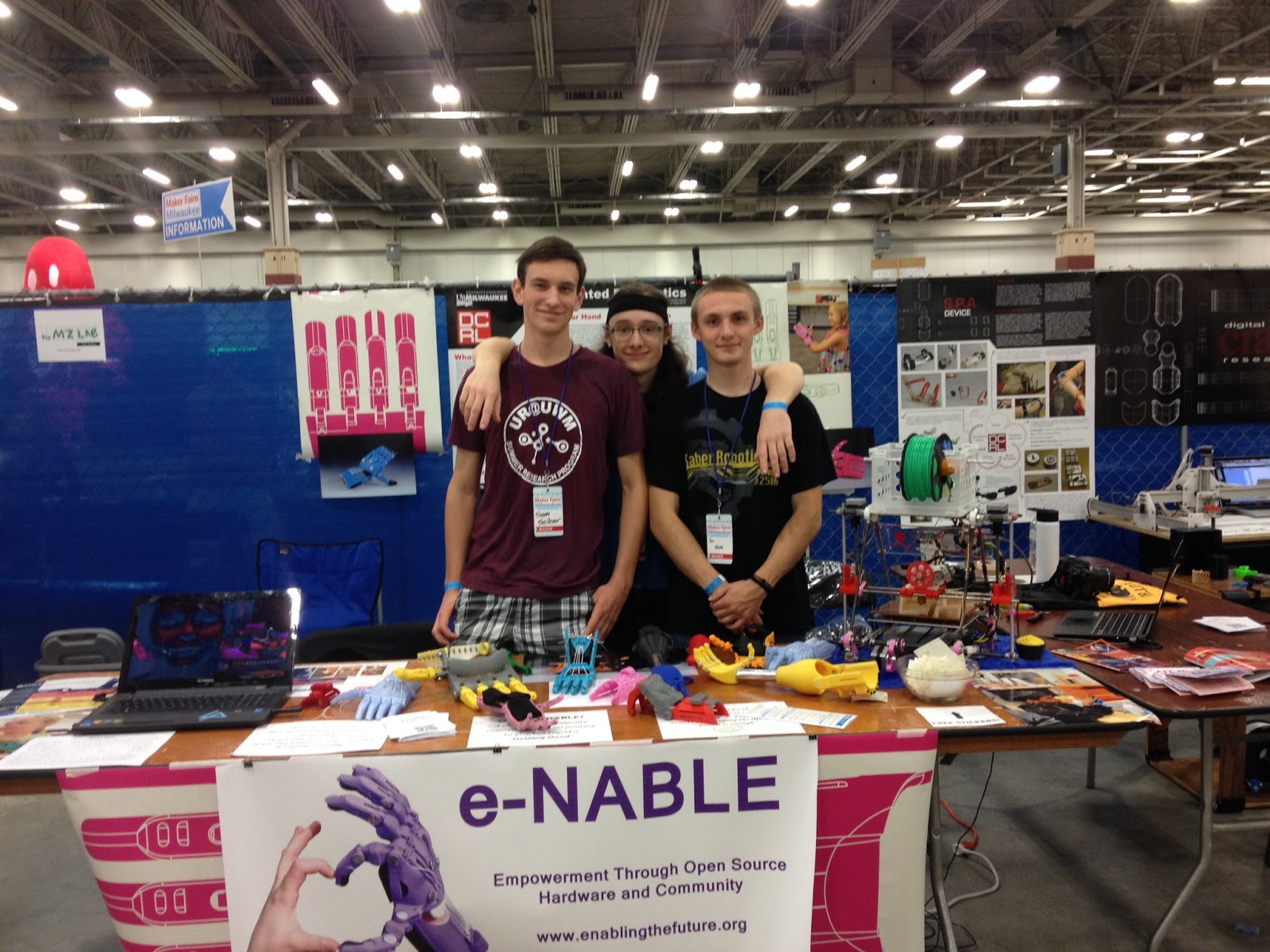 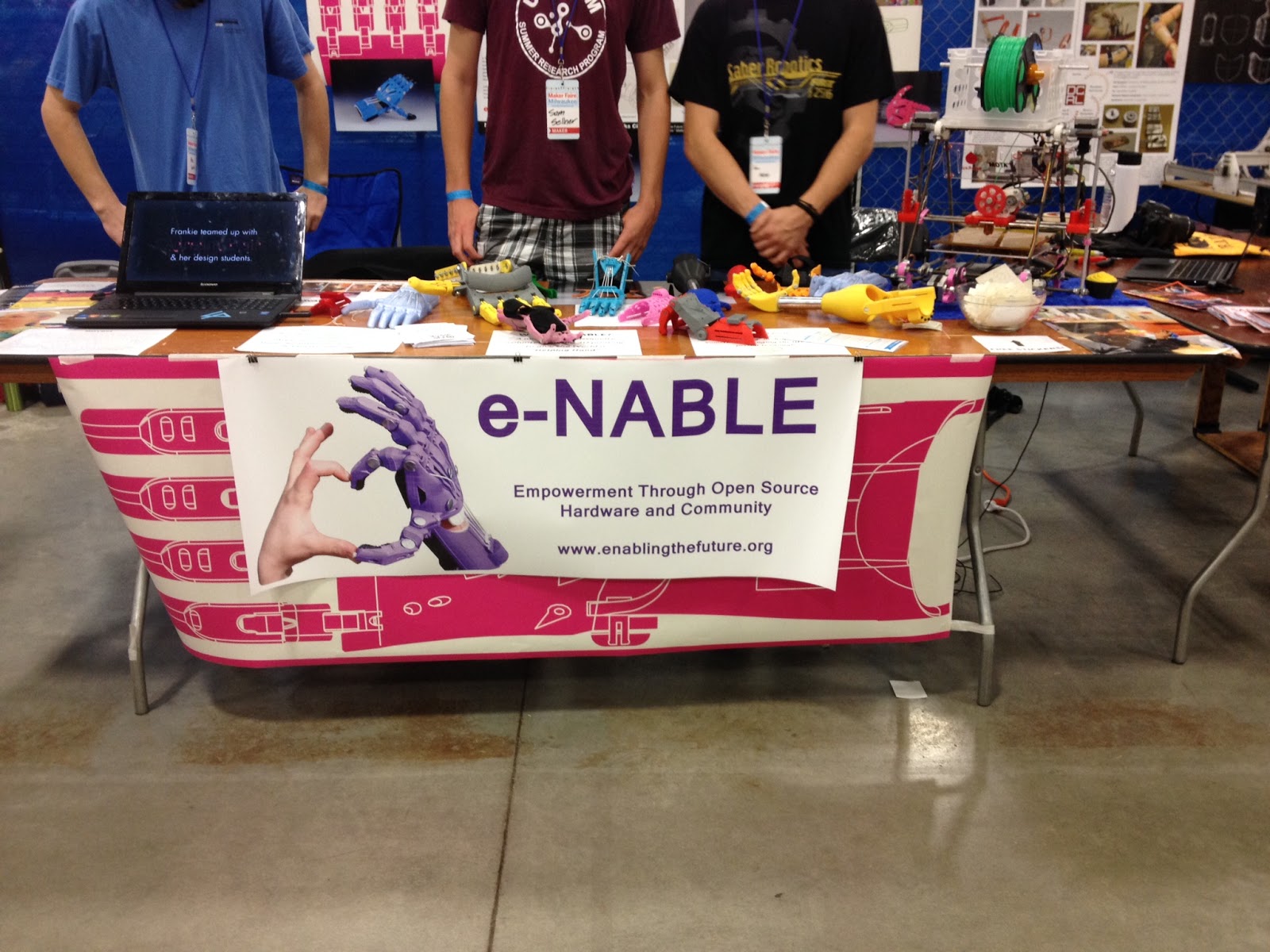 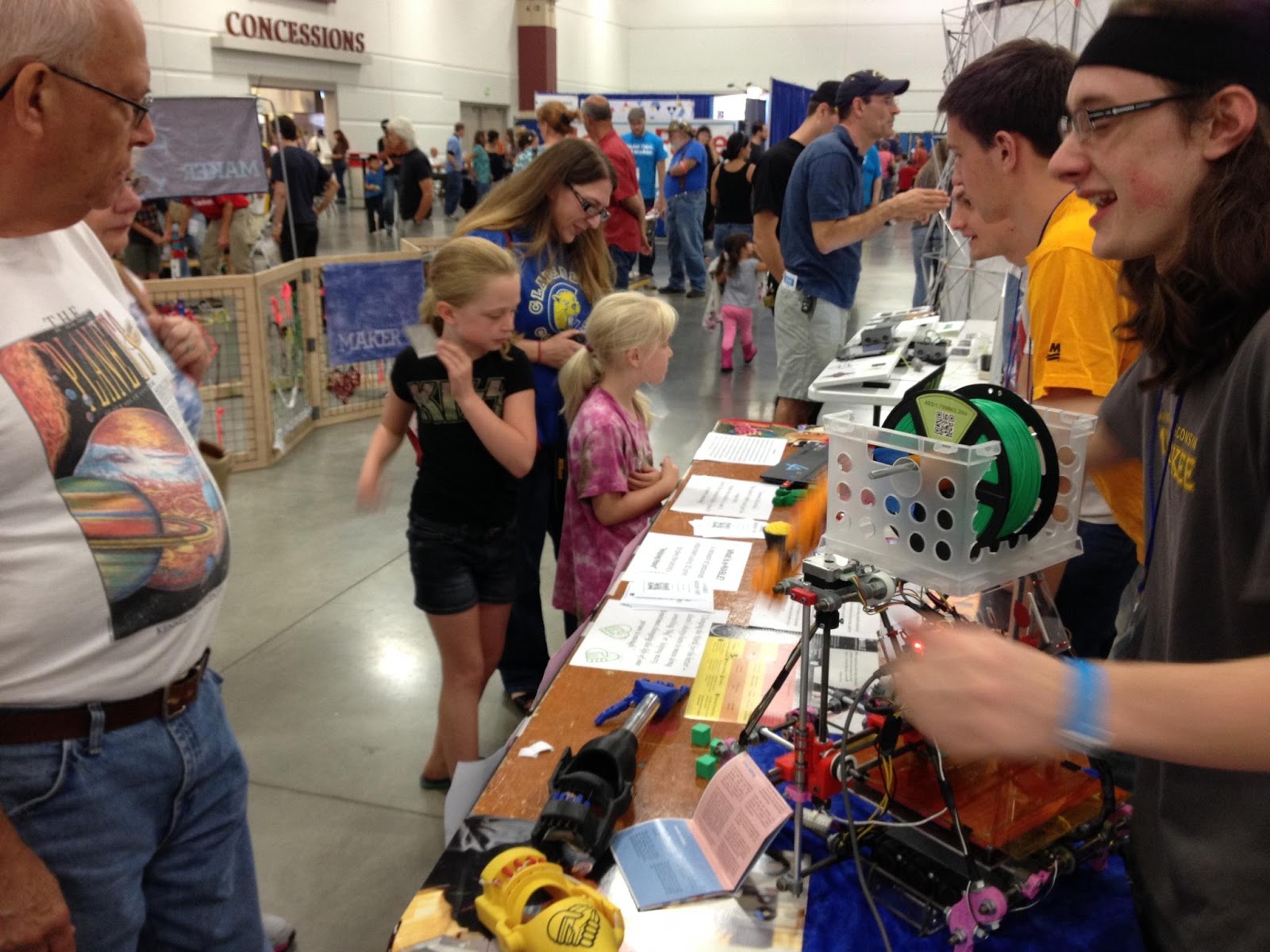 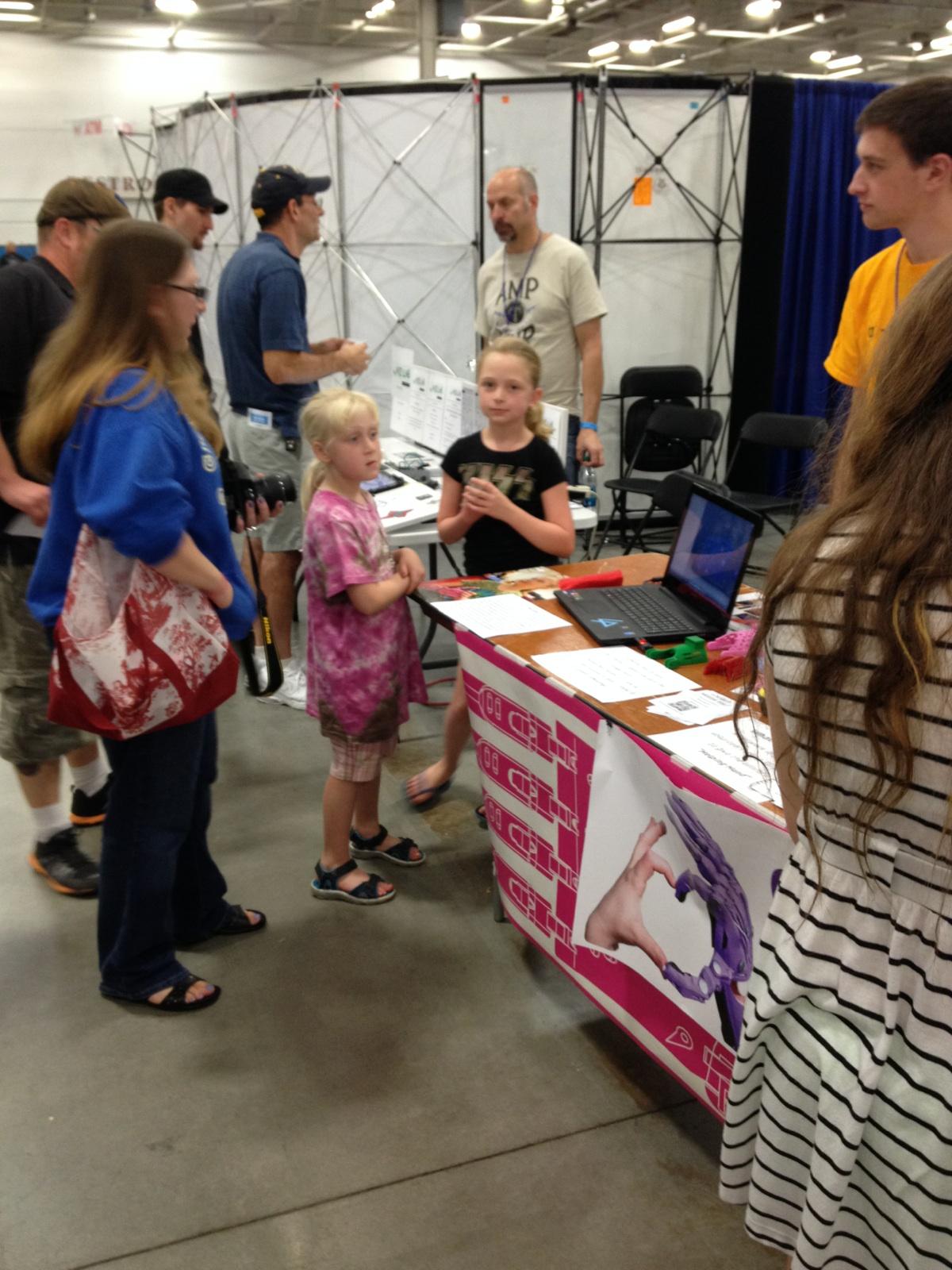 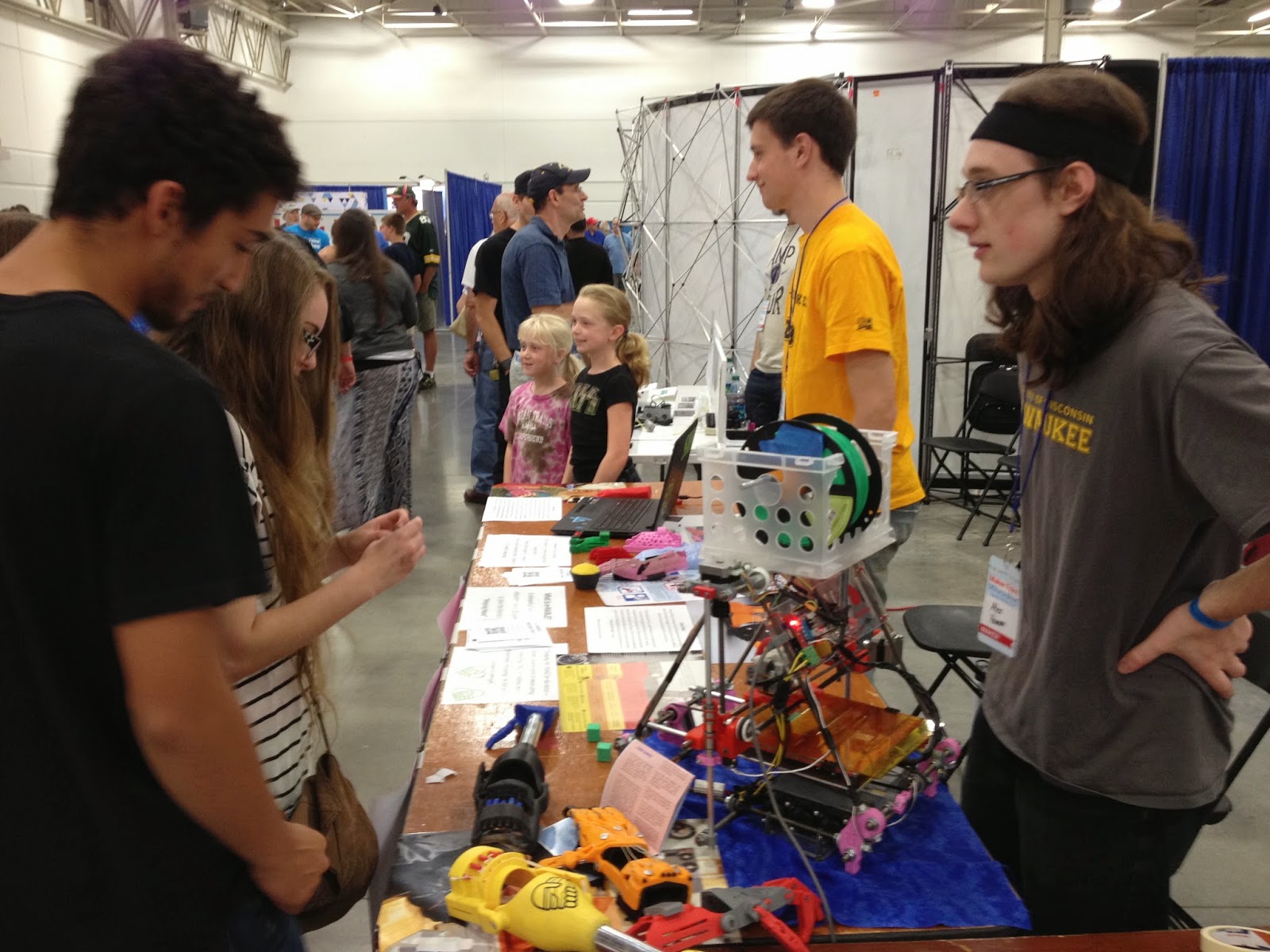 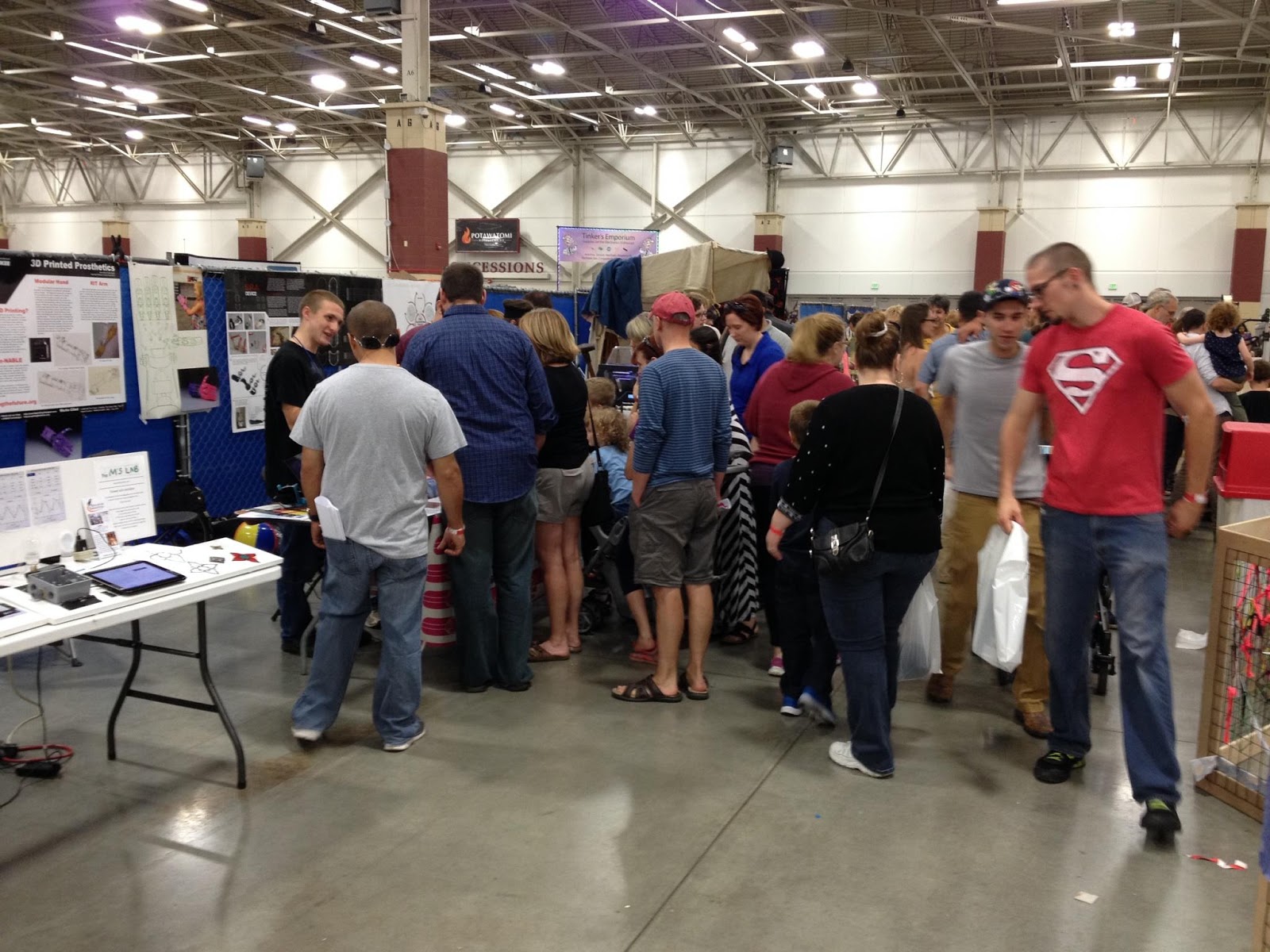 Before I left for Baltimore, I worked on getting some things ready for the e-NABLE booth that we would have set-up at the Milwaukee MakerFaire. I cut a ton of giveaway stickers, made posters, handouts, and vinyl cut some giant hand posters. Alex, Sam, Callie, and John K. were kind enough to cover for me and to make sure that things were set up. Chad and John McGeen handled the DCRL booth and made sure everything was set-up. All of these students did the amazing job of sitting at the booths the entire weekend. I kept getting updates via text message and Chad was even so kind to send pictures when anything exciting was happening like when Shea and her family stopped by to visit. They sent me numerous pictures of the booth being engulfed in people wanting to know what the 3D printed hands were about. Chad and John M. also had numerous visitors who wanted to know where they could learn about the things we are doing. I know this should be a great recruitment tool for certain. I owe all of the students big time for making all of this happen.

Jill and the kids went on Saturday and they were sure to shoot video of various things. The Nerdy Derby track that we built earlier was getting a lot of action, and there were just too many cool things for the kids to do. I also had involvement in the form of the Girls Engineering Camp through "Engineers Without Boarders" that had made the lamps this past summer in the DCRL. They had a booth and I heard from Chris that it was well received. The DCRL was well represented at the Make Faire for sure, thanks to all of the volunteers who covered for me.

There were numerous former students who were there. Aaron DeLanty even won a blue ribbon for his Electroformed/3D printed jewelry booth. He has really developed the techniques that he started with his independent DCRL technical study before he graduated. I believe KT was there with her glass and steel work and I think Emily was there in some capacity as well. I am so proud of the students that have come out of our program. They continue to make me so proud.

I received a message after the weekend that said there were over 26, 000 people in attendance. I hope UWM/PSOA takes this seriously as a recruitment tool in the future. Regardless, I'll be there next year and we'll keep plugging the work and skills that our students have.

Posted by Frankie Flood at 1:15 PM