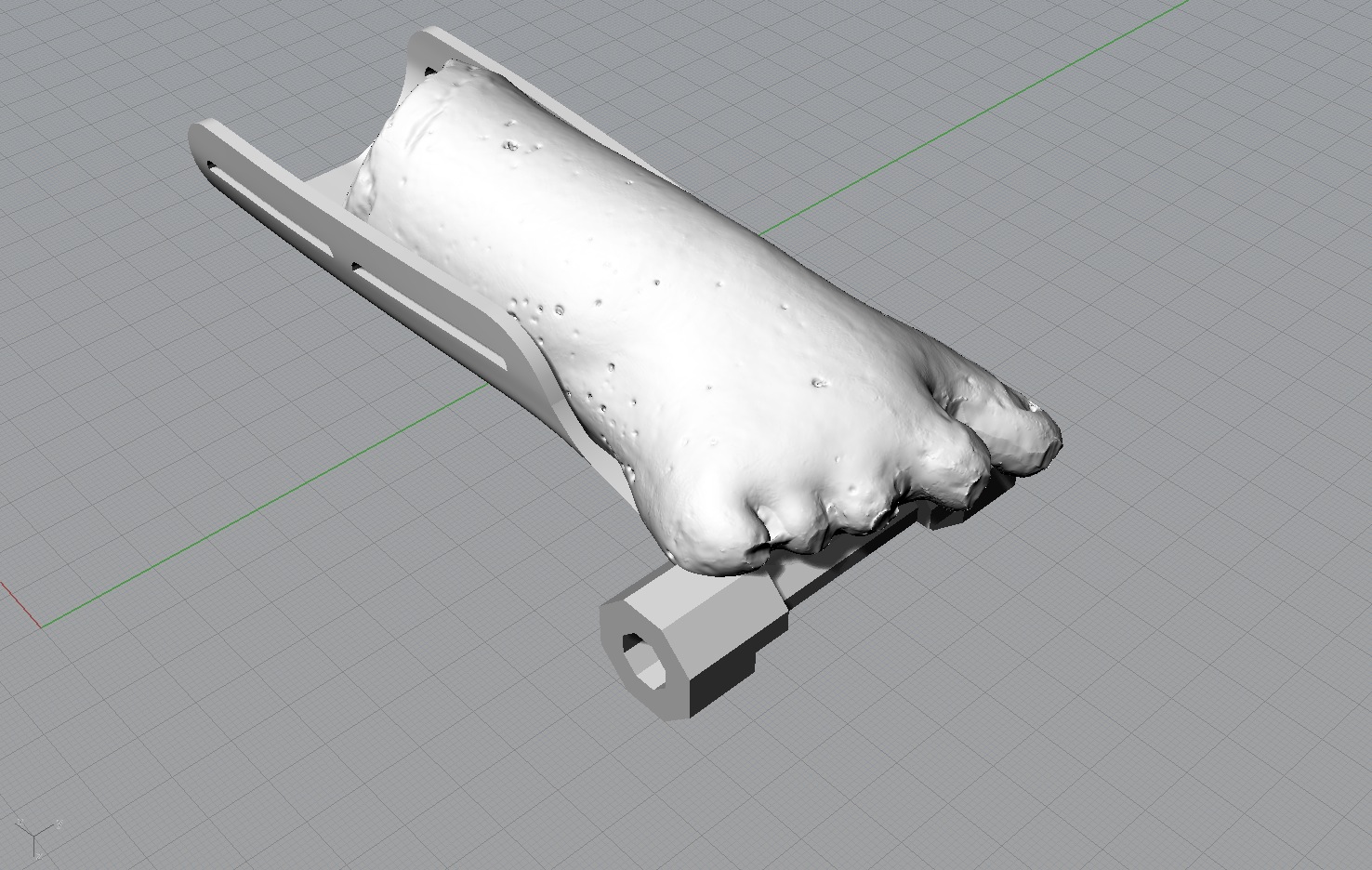 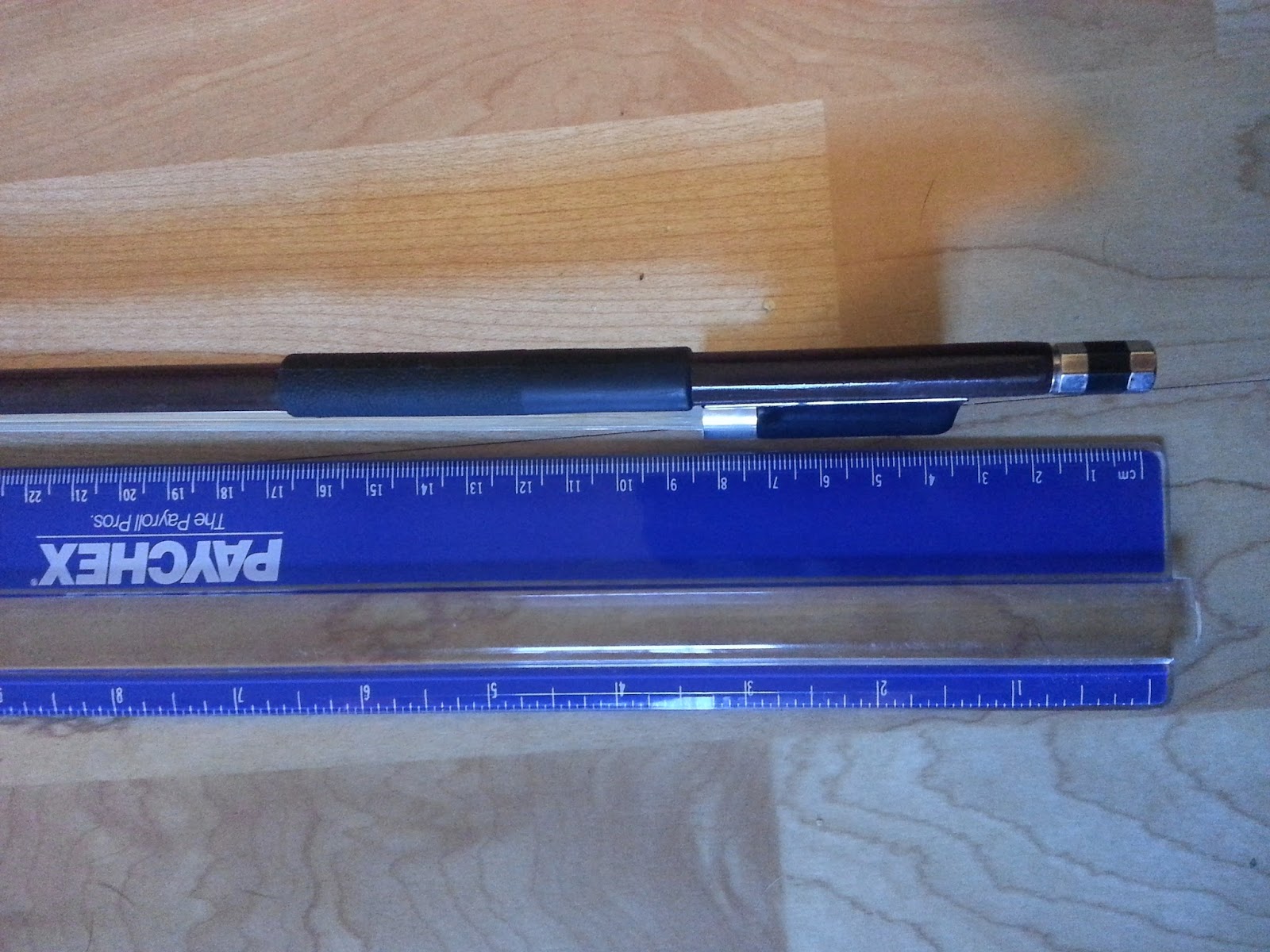 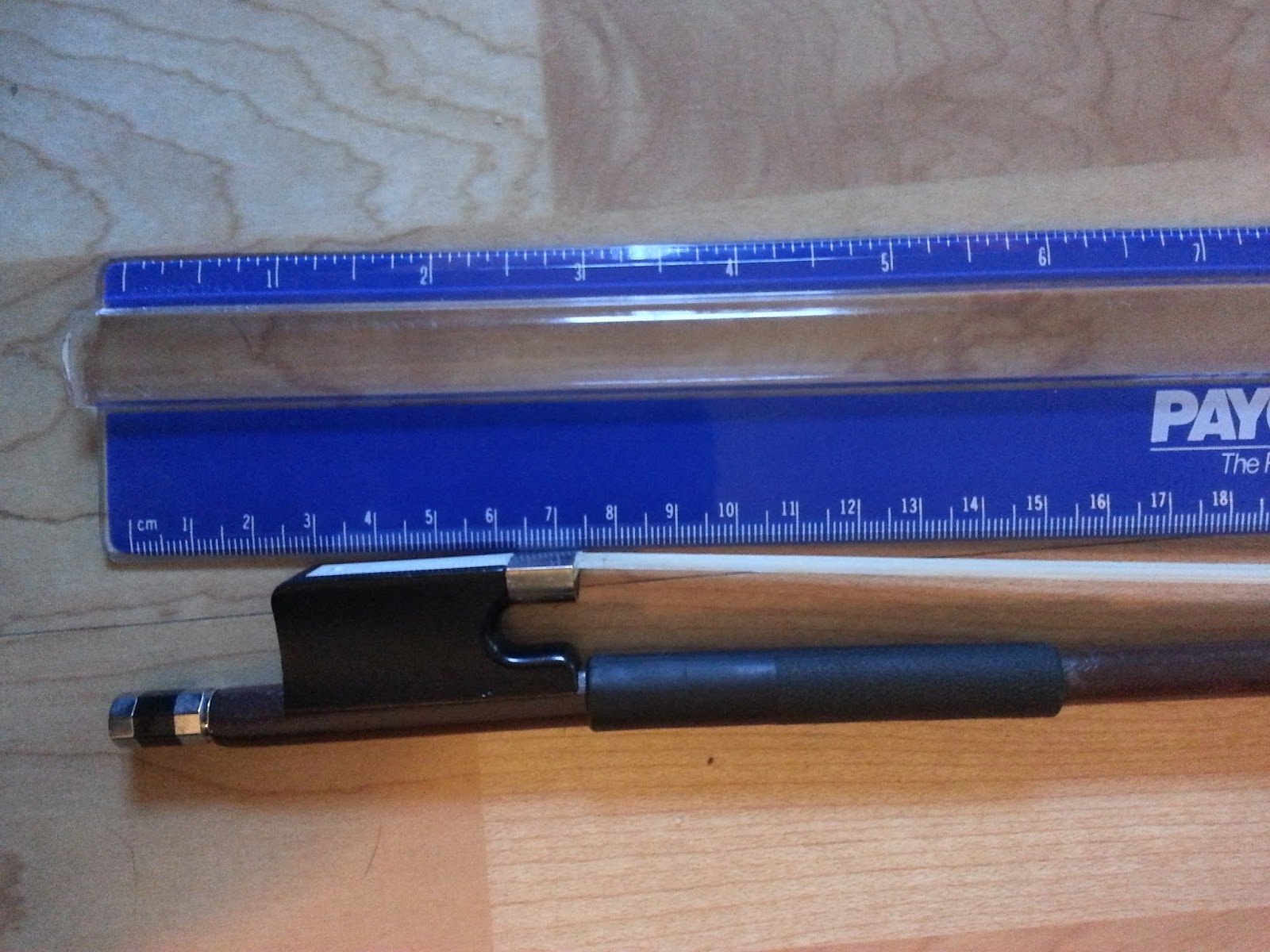 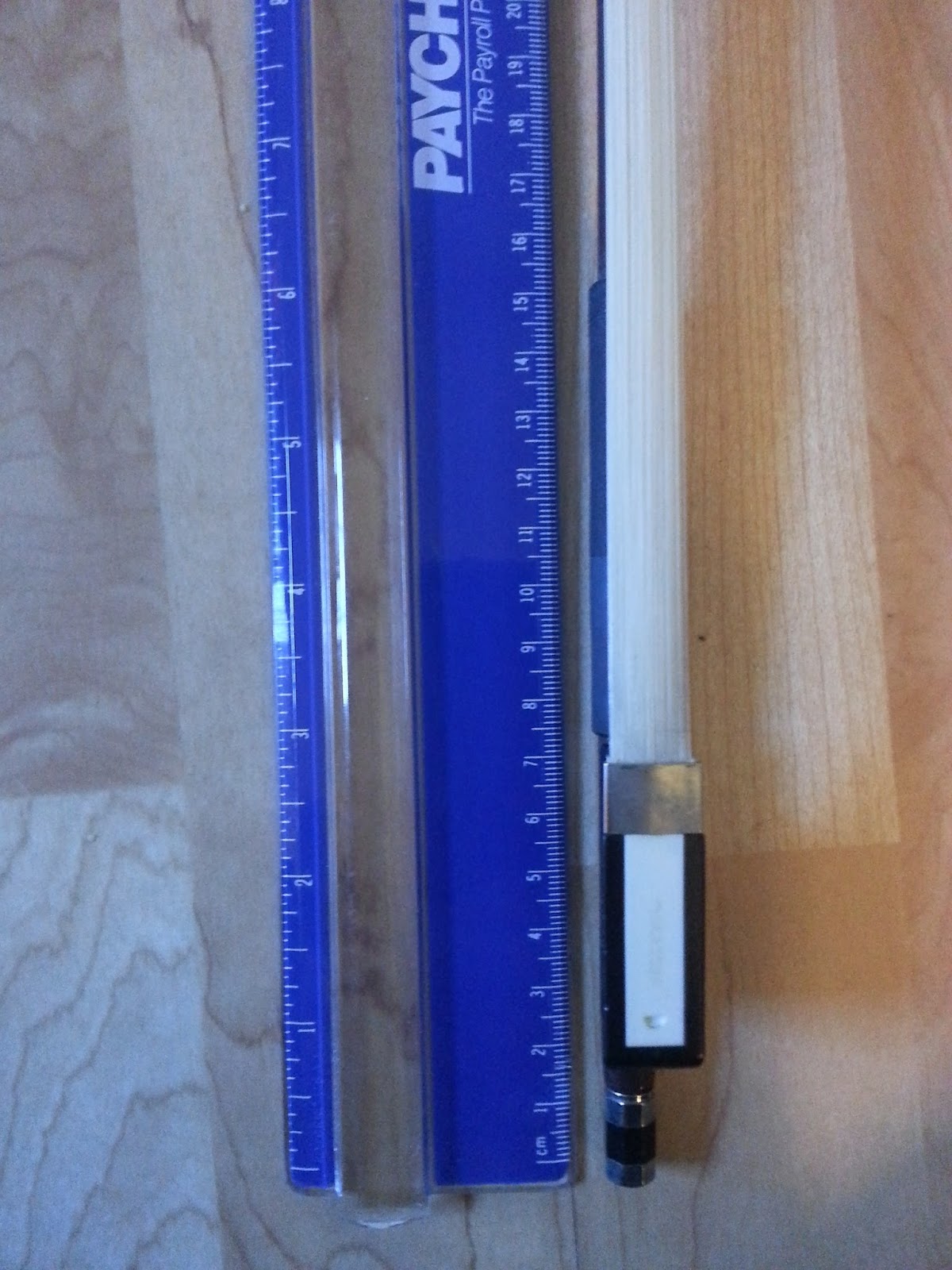 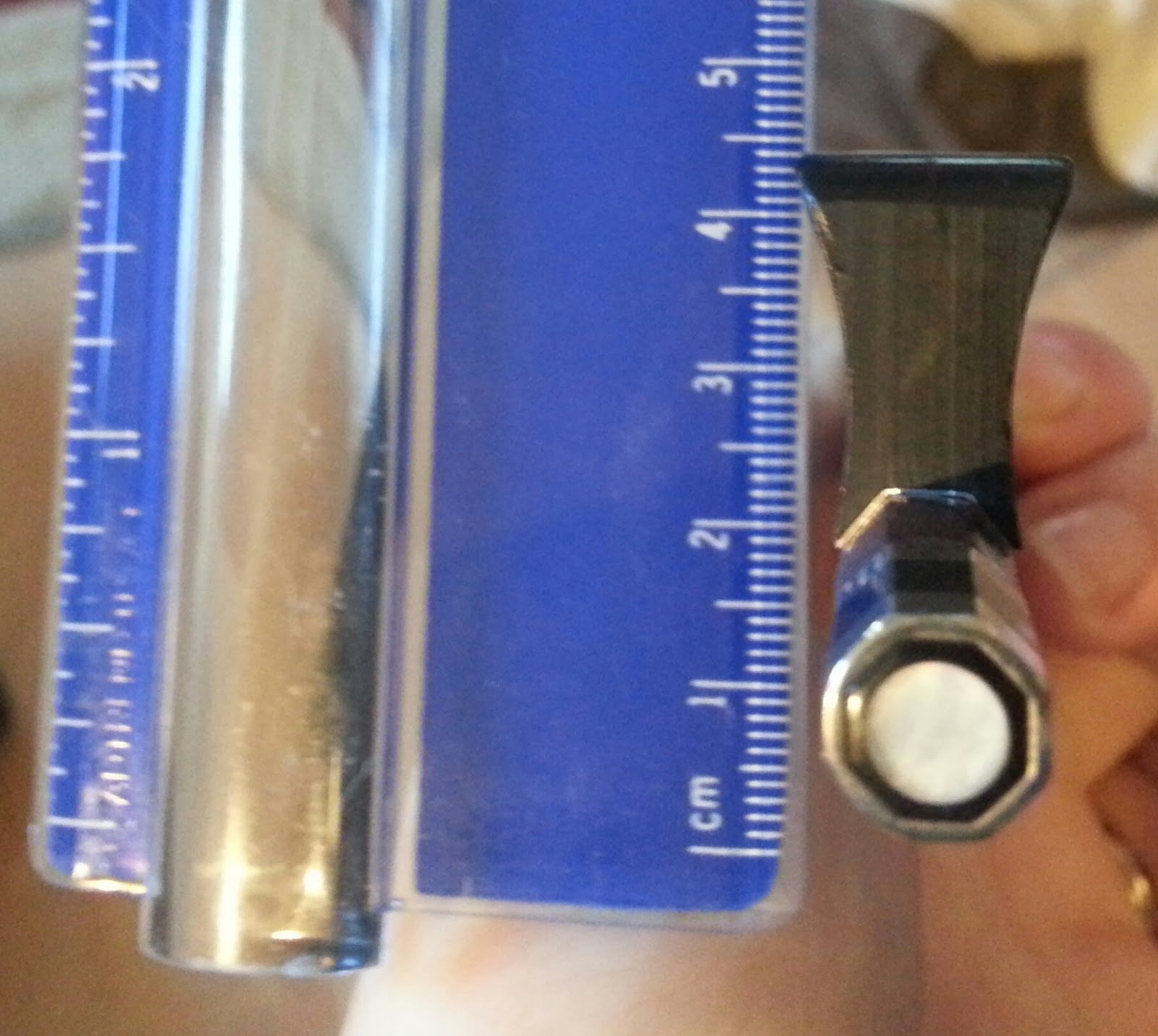 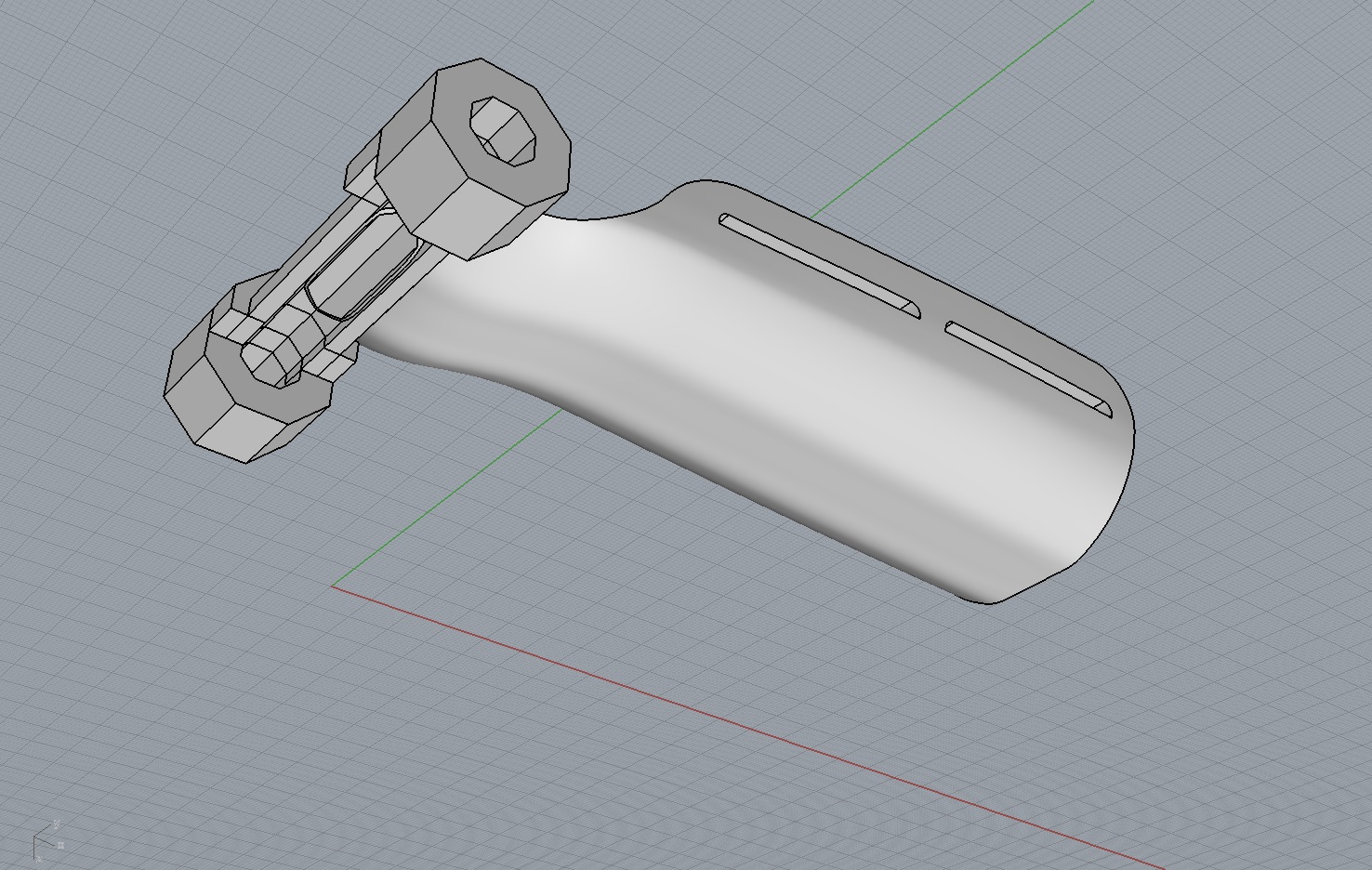 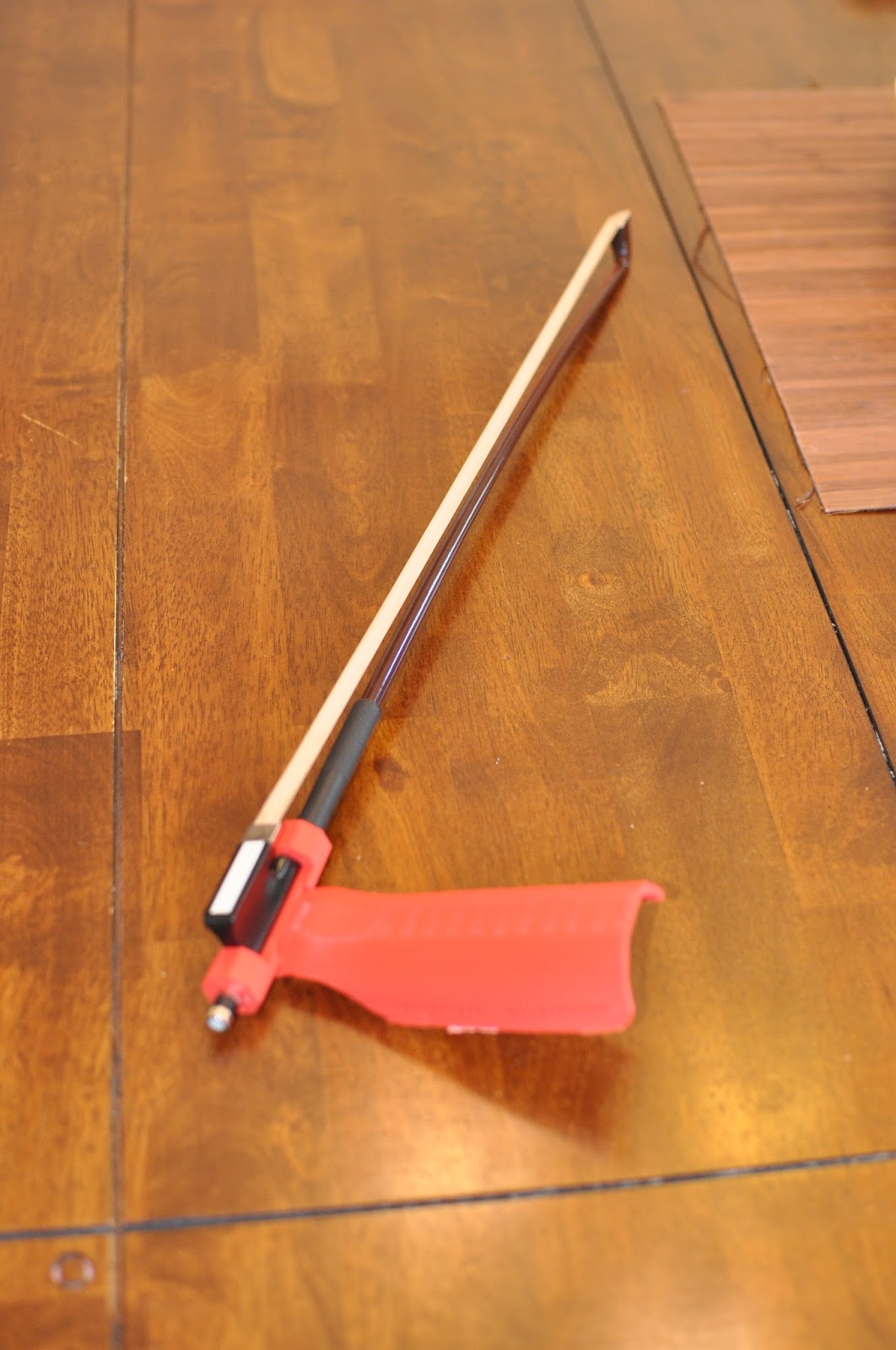 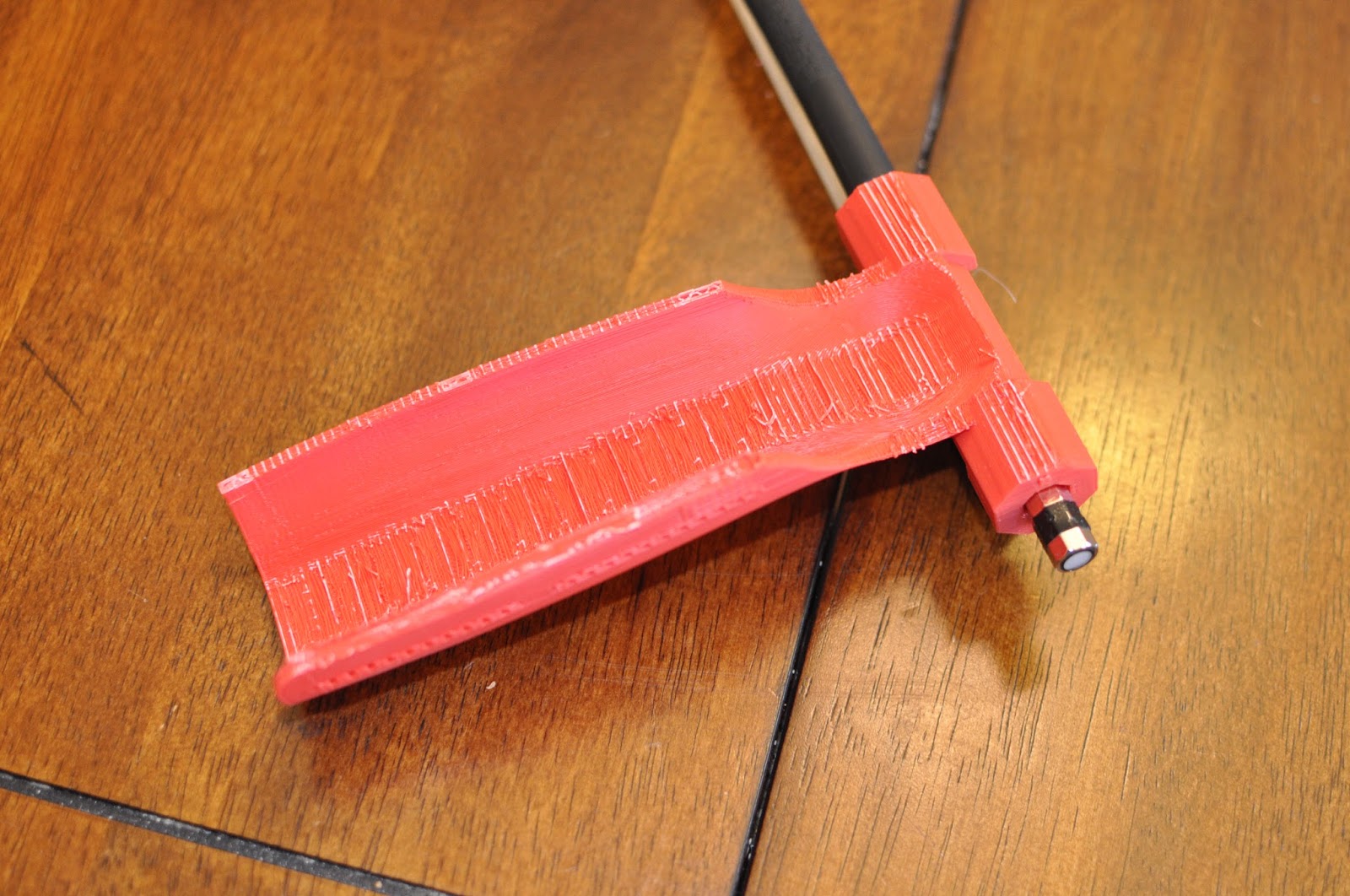 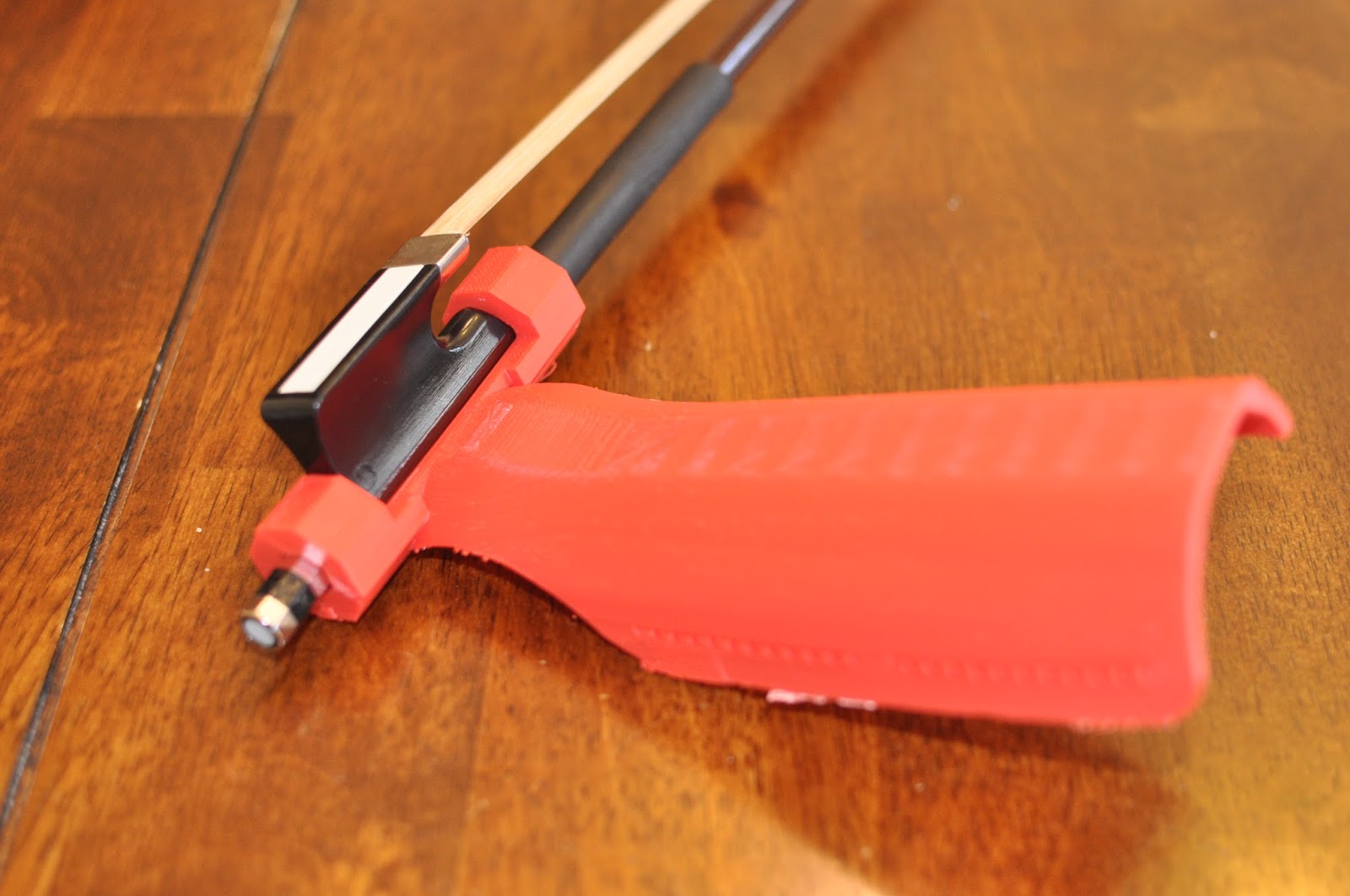 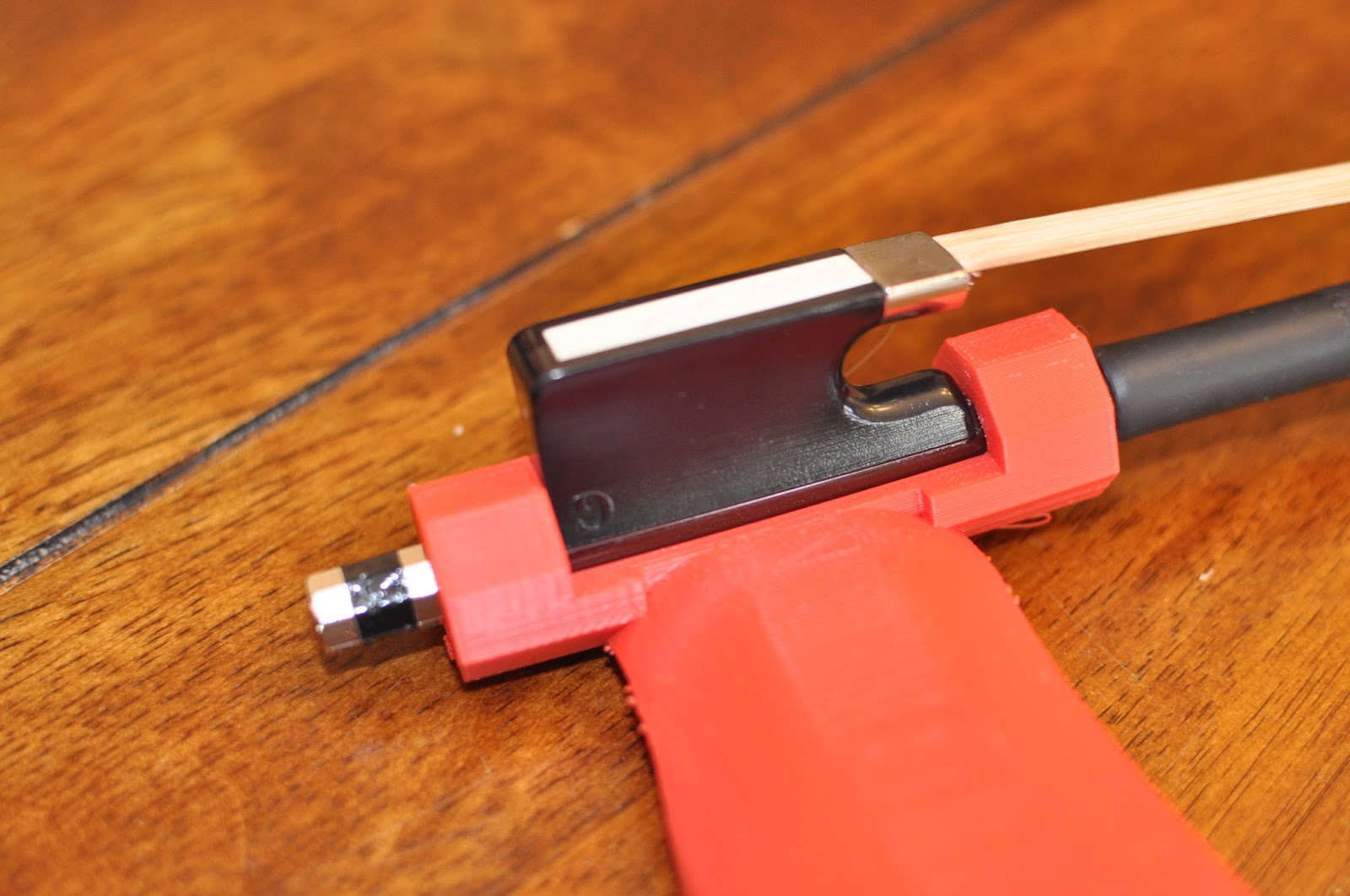 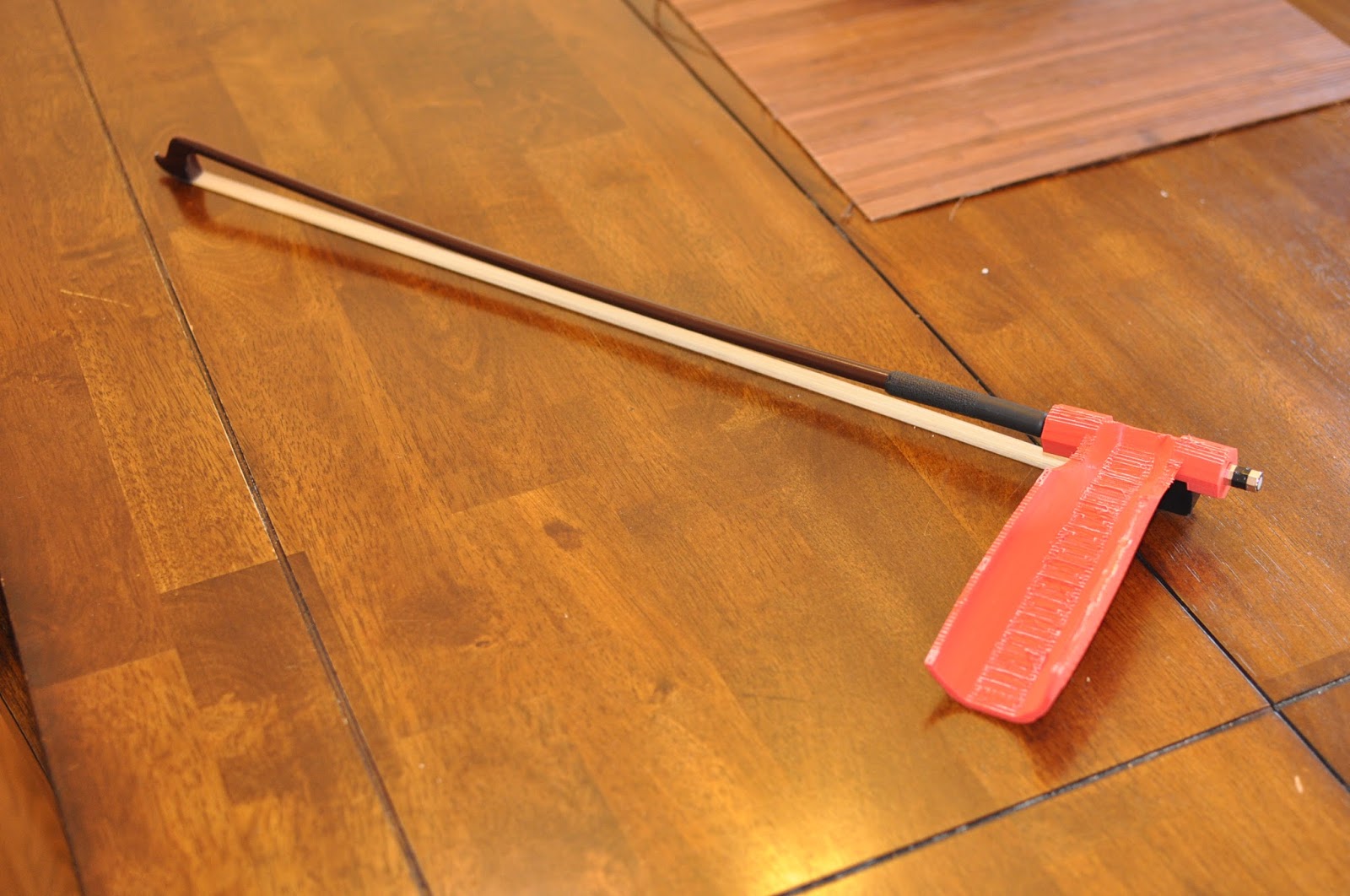 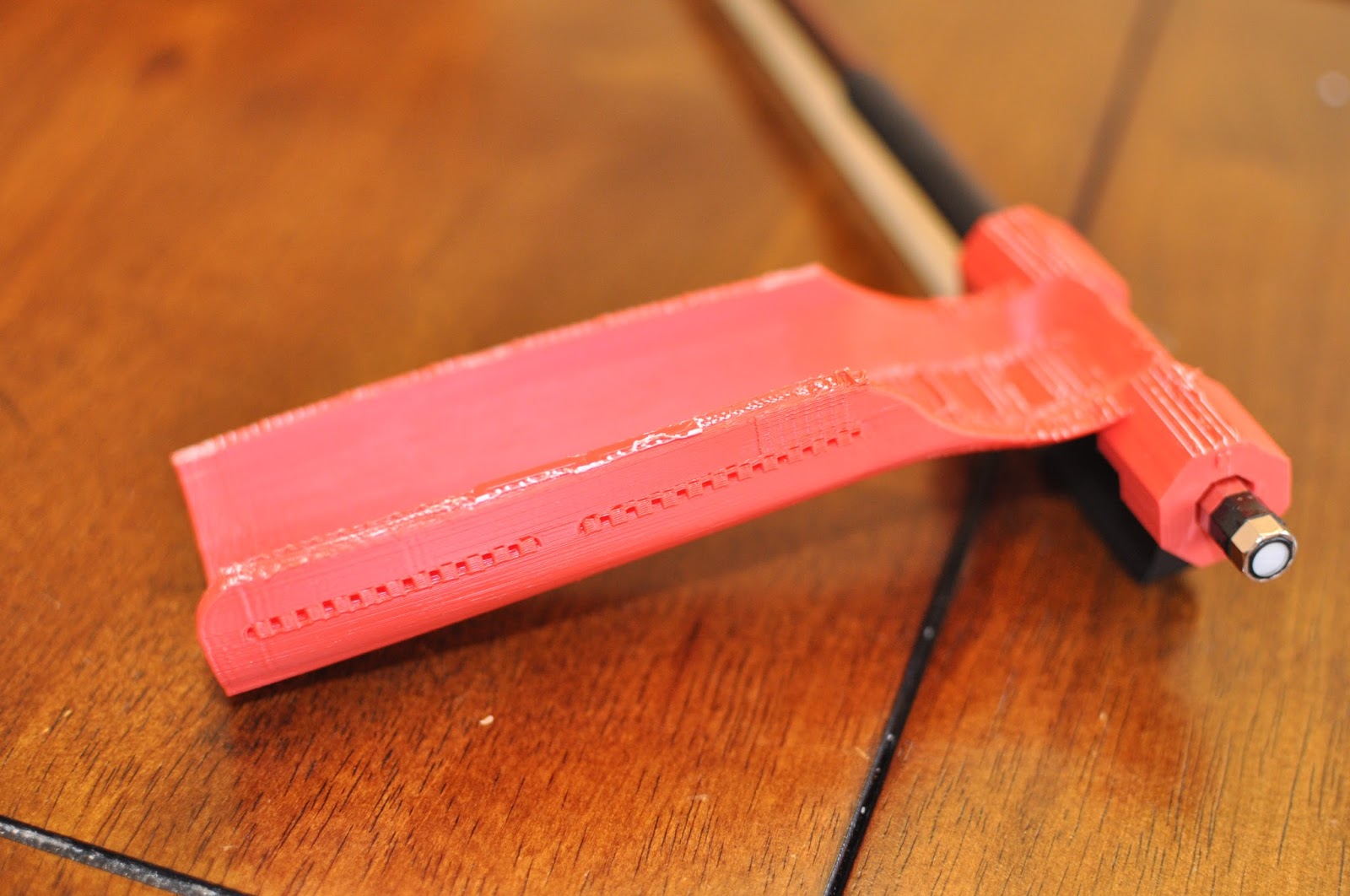 Shea's mother, Ranee, contacted me a few weeks ago to ask if I might be able to design a viola bow holder for Shea. Shea was just starting into orchestra and Ranee was attempting to figure out what she could do to help Shea with this. She wrote the following message to me:

I'm know you are very busy with school, e-NABLE, and home so please do not feel obligated to help. I was just curious if you thought you could come up with a bow holder for Shea or if I should contact a local prosthetists , OT or even Shriner's Hospital?

I told Ranee that I would take a shot at working on this and that I was fairly certain that I could design something that might work. Ranee wrote back and offered the following advice:

Thank you Frankie! Her teacher said he thought something strapped to the bottom of her hand so she could press down to create the right sounds would be best. He also said her hand/holder should be perpendicular to the bow. That's all he mentioned. I could see if he would be interested in helping since he is the one with the knowledge of how to play.

I worked that weekend on designing something that could hold my son's bow from his cello. I decided to utilize the tensioner on the bow as the attachment method. It seemed simple as I could use the octagonal profile of the bow to make a socket that would not rotate (similar to the old hexagonal tensioner pins that we had used on the tensioners on earlier printed hands). The user would be able to position the octagon at a couple different "clock positions" to allow for a slight angling of the bow. Ranee sent pictures of Shea's bow. I made sure that Shea's bow matched Noah's bow as I was hoping this might be fairly standard. (I still am not sure if this is the case, so I appreciate any feedback on this). Regardless, I assume that many children are learning with this basic bow design (remember my son plays cello and Shea plays viola in different school districts). I made a few test prints and then shot some CAD and print images to Ranee. She forwarded the images onto Mr. Wimer (Shea's Orchestra Director). We would await Mr. Wimer's feedback...

Posted by Frankie Flood at 4:43 PM

I love this simple idea. My son's arm is a bit shorter, he only has about 2 inches below his elbow, so I'm not sure this kind of design would work for him to have enough strength to push down on the strings adequately. Did you guys connect on E-Nable?

Hi Christine, I started working with enable several years ago and worked with a team of individuals to develop one of the current hands in use today by the group. The adaptive device developed out of my work with the first little girl that I created a hand for. I design and make others for using/playing other instruments as well.