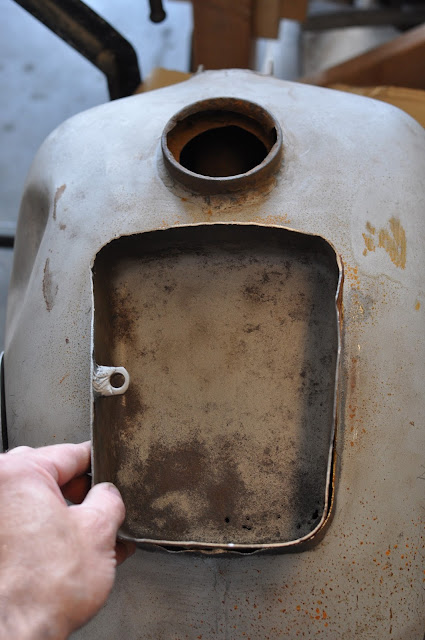 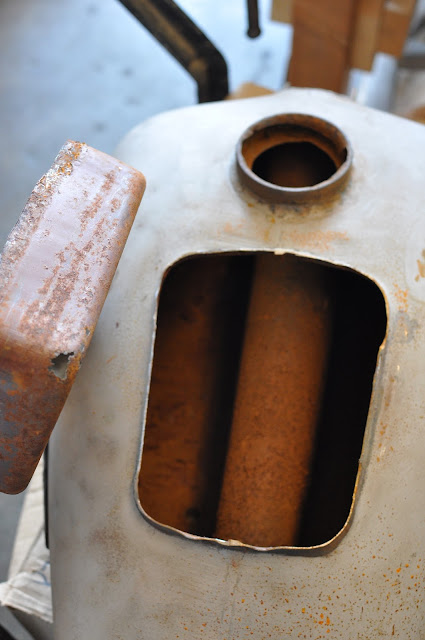 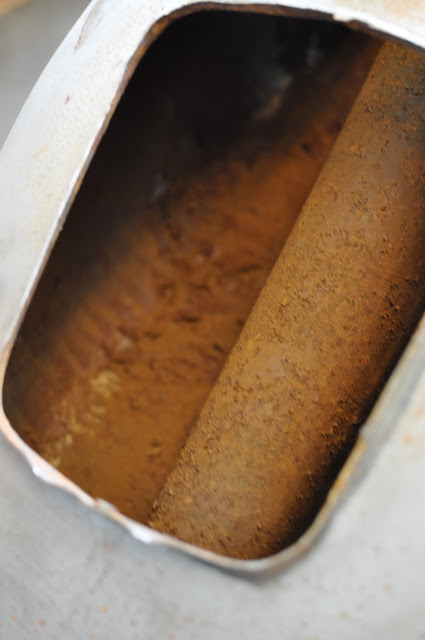 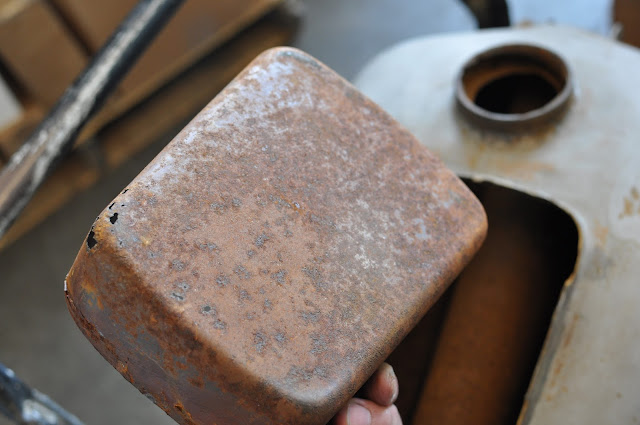 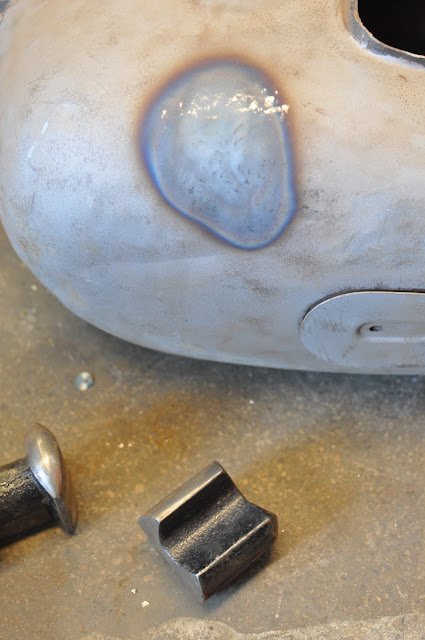 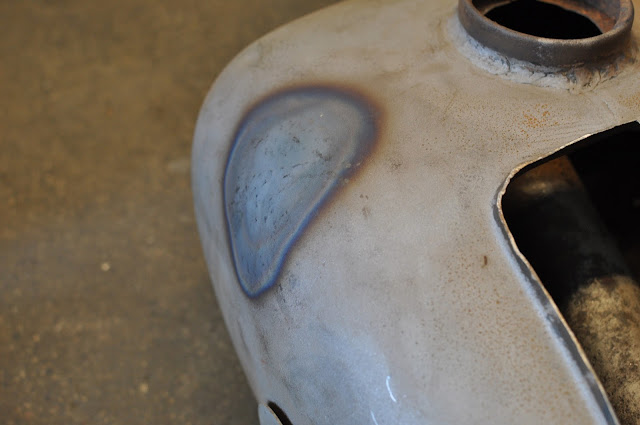 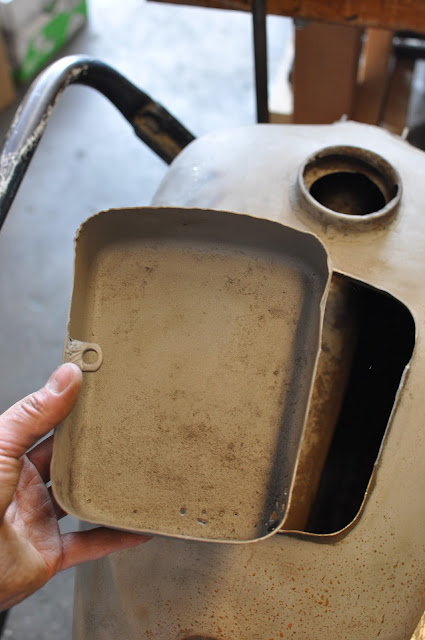 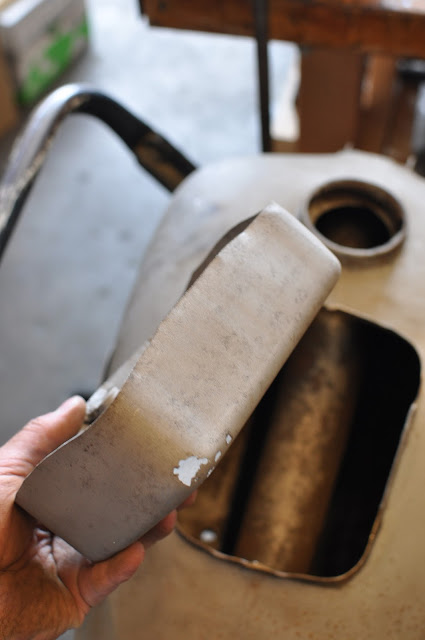 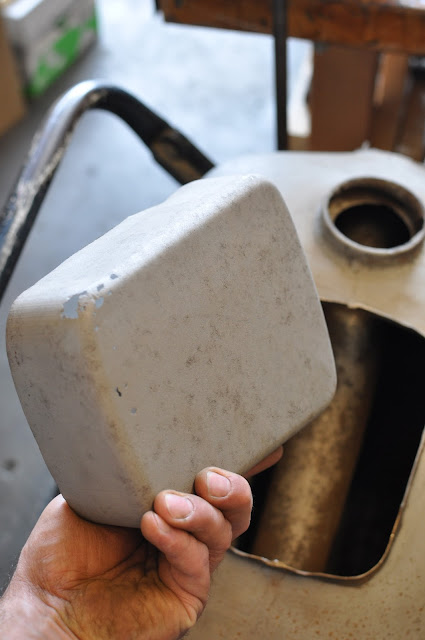 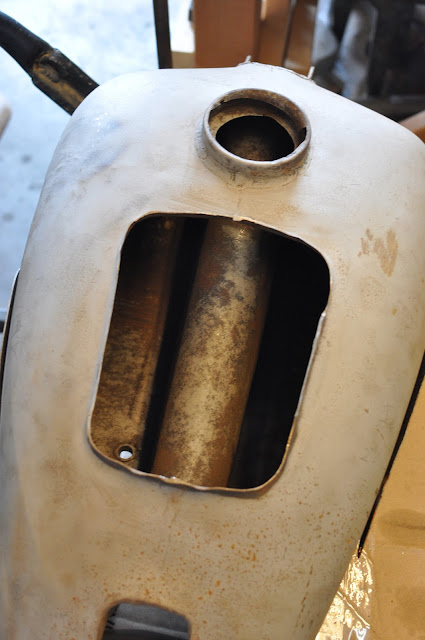 The Dnepr fuel tank had a nasty dent in the left hand side corner. The tool box also had some nasty rust in it, so I decided to grind the seam away and see if I could separate the tool box from the tank. Once I did this, it was easy to lift out and access the dent. I used a propane torch to heat up the area around the dent and then gently hammer and dollied the metal back into shape. I was able to sandblast inside the tank while I was at it. I'll do the repair on the toolbox while I'm at it and then I can button things back up. I'll do a little etching of the surface before I seal things too.

Posted by Frankie Flood at 4:41 PM