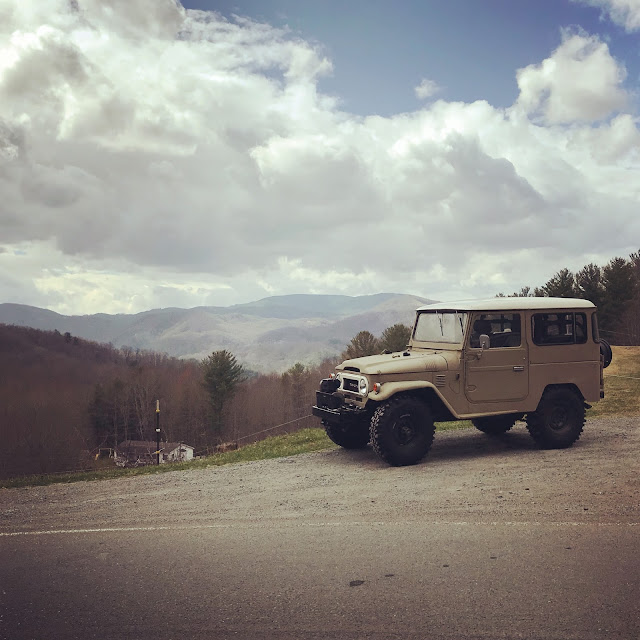 The FJ40 has been getting driven quite a bit. I had some issues with my brakes during the shakedown runs and a fuel line used for a vacuum line, but after changing that out things were o.k. except for a little fade that I thought was due to air in the line. Brakes that aren't up to snuff can be a pain, but here in the mountains it's unnerving. After bleeding the lines, it's not any better. I'm running a late model brake booster and master cylinder so diagnosing this isn't straight forward. I have a brake booster with three vacuum ports though so I think that may be my problem. I have two ports plugged and one running to the intake. I think maybe the other two ports control separate chambers in the booster rather than it being one big chamber (as I first thought). I'm going to try running all of the lines together to the intake and see if that solves my problem. If anyone fully understands the inner workings of brake boosters feel free to educate me.

Posted by Frankie Flood at 8:13 PM