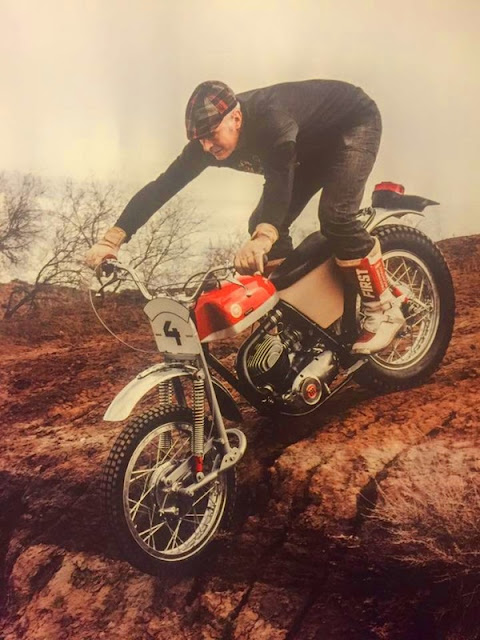 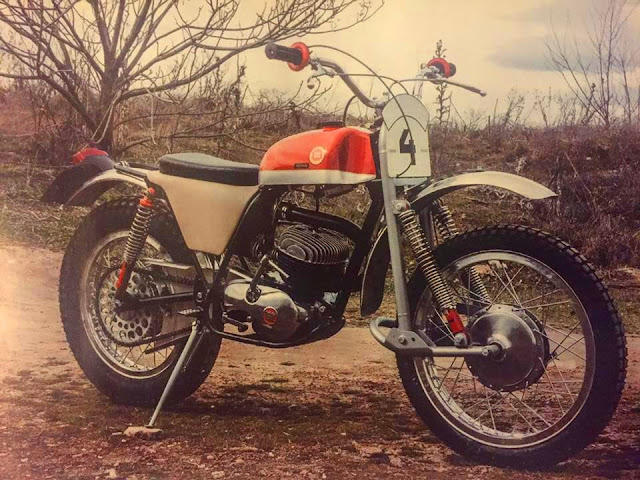 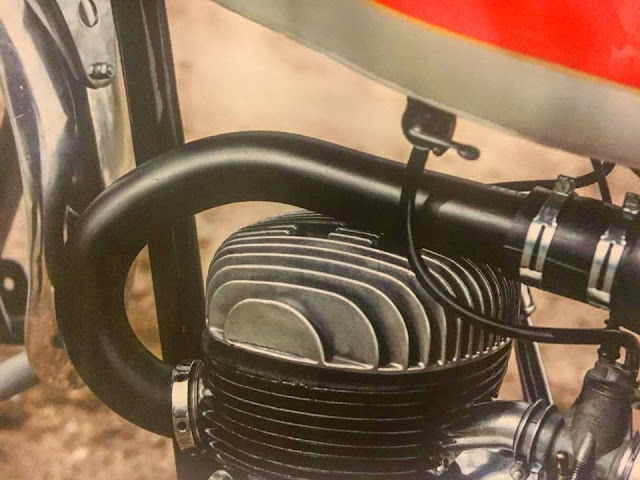 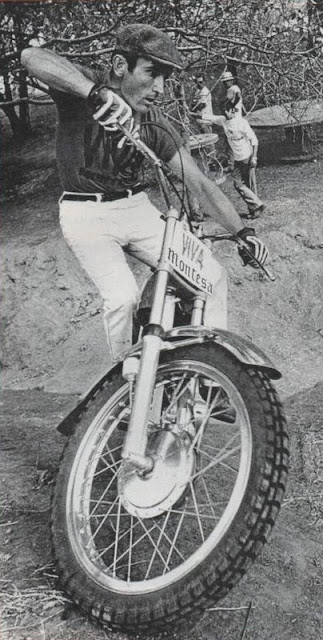 On the 30th April 1968 Spanish motorcycle manufacturer Montesa watched the first Cota trials models developed by Pedro Pi, Leopoldo Mila and Jordi Ros roll off its production line. On the 30th April 2018, they will celebrate 50 years of continuous production of the Cota trials models. Here in Classic Trial Magazine, we will take an adventurous look at the highs and lows of this iconic model over the first 25 years. The golden wedding celebrations will continue in our other publication Trial Magazine. One of the ‘Big Three’, Montesa has endured the test of time as Bultaco and Ossa fell by the wayside. Despite tough economic times in the eighties when an association with Japanese brand Honda was made the Cota model remains as strong as ever.

We take a brief ride back to the beginning with the Cota 247 in 1968 through to the arrival of Honda-powered machines with the Cota 314 in 1993. Words: John Hulme and Don Morley Pictures: The Nick Nicholls Collection at Mortons Archive, Brian Holder, Eric Kitchen and Montesa The company Montesa was formed in 1944 by Pedro Permanyer and Francisco Bulto who based their rst prototype Montesa around the French Motobecane models. Over the following years, the Permanyer and Bulto partnership would be dissolved, as Bulto started the Bultaco brand in the late fifties. With exploits into road racing and the International Six Days Trial to prove the machine’s reliability Montesa started to look at the trials market in 1965 as Bultaco exploded onto the scene with Sammy Miller.


Early Days
The early sixties witnessed a shake-up of the management when Pedro Permanyer took note of the all-round Spanish motorcycle champion Pedro Pi and promoted him from the role of test rider to the head of the research and development engineering department. Permanyer also had ears and eyes on the ideas of his new technical director Leopold Mila. These two key players at Montesa used their innovation and ideas to design and develop a new two-stroke unit-construction engine aimed at the home market and to be used in the latest Impala sports model. With an engine capacity of 175cc this air-cooled single
cylinder, four-speed gearbox would eventually go on to be used in nearly all the company’s trials and motocross machines.

Three machines using this new design engine in the Impala model converted for off-road use were sent to Africa, and each one successfully covered over 12,000 trouble-free miles. Based on these machines a 250cc variant of the 175cc engine was installed in a Scorpion motocross model, giving Pedro Pi the 1965 Spanish Championship. With small modifications, this engine also carried Montesa to victory at the famous Barcelona 24 hour endurance race. In early 1967 Pedro Pi built two new trials machines based on the now titled Capra motocross models using the 250cc engine. He wanted to have other opinions on his new ideas and built two trials prototypes using the 250cc engine. One would go to France in the capable hands of the trials champion Christian Rayer, and he would keep the other. Though the machines needed more work, they both won their respective national trials titles.

Interest in the new Montesa was evident and on the back of this enthusiasm as 1967 closed a batch of 44 trials models was developed and built by Pi and Rayer; these were very much hand-built machines. Fifty were actually envisaged, but the remaining ones were used for spare parts supply. All the machines sold straight away, with many going to Montesa enthusiasts who wanted to enjoy the freedom of the open trails while also taking in some trials riding.

Development
In 1967 Great Britain had a surplus of good trials development riders o the back of the declining motorcycle industry it was once so proud of. The UK Montesa importer was John Brise, who ran the motocross team with nancial support from Spain. He had formed Montala Motors in Dartford in the south of England to import Montesa products and had heard about the new trials model. He made a few enquiries as to how many he could have. To see the machine in the flesh, he drove over to Spain. He agreed with Permanyer and Pedro Pi that it needed more development but returned to the UK with two of the trials models stripped down in his car. He agreed to have six more sent over at a later date.

Brise had taken his friend Don Barrett on the trip to Spain for a second opinion, and they both agreed that with some work they could be quite competitive. Pedro Pi had decided to retire from his position at Montesa, and this important role was taken over by Alberto Mollofre, who would also serve the role of competition manager. He, along with Montesa, valued Pi and kept him on as the test rider for the new Cota trials model.

In the UK, Don Barrett was very interested in the trials project, and based on his enthusiasm, Brise handed the running of the trials side of the business to him. Barrett immediately con- tacted Gordon Farley as his number one choice, but unfortunately, he had just signed a twelve-month contract with Greeves.

Charlie Harris was taken on board to ride and also help to prepare the machines; the motocross team also helped with development. The 250cc engine had proved very robust whereas the frame tubing was of very poor quality. Motocross wheels and hubs were fitted and different suspension combinations played with. A new one-piece seat and fuel tank arrangement was fitted, which in red looked very nice match to the white frame. Don Smith joined the team in December 1967 as a second- choice rider. It’s ‘Cota’ 247 Time In early 1968, production facilities were set up to start to produce the new five-speed gearbox Montesa Cota 247. Four new preproduction machines would be taken from the assembly line and entered in the Scottish Six Days Trial. For Montesa, the event was a huge success. All the machines finished the event as Christian Rayer made history by becoming the first foreign rider to take Best Performance of the Day award, as well as the Best Newcomer and Foreign Rider awards and, along with Smith and Harris, they won the prestigious Special First Class awards. Pedro Pi was the last man home of the four, claiming a First Class award. Montesa had arrived. The first national trial win would come in November from Smith at the Peak Trial. As trials riders started to sample the delights of the new Montesa Cota 247.

As moving from the heavy front motocross wheel hub to the smaller moped type one. A new cylinder head, giving smoother power and lighter clutch springs, made the machines easier to ride. When Gordon Farley put an end to his arch-rival Sammy Miller’s incredible run of eleven British championship titles in 1970 the Cota trials model had truly arrived in Great Britain. Further success would come in Europe as Benny Sellman, and Christian Rayer won the Swedish and French championships respectively, and a very young Yrjo Vesterinen won the Finnish title.

1971: As Farley retained his British title more important changes would arrive on the Cota 247, including flangeless Akront rims that did not retain the mud, Girling shock absorbers at the rear and a smaller, slimmer and lower red one-piece seat and fuel tank. They would also delvelop a mini trials machine in order to feed the addiction of the younger trials fans and would introduce the Cota 25 to the market. As they celebrated the sale of 1,000 motorcycles in the UK, they had 21 fully supported works riders in many different countries around the globe. To celebrate the 25th Anniversary of the Montesa Company, Pere Permanyer commissioned sculpture artist Jose Maria Subirats to make a motorcycle related monument to be placed at the front of the Montesa factory at Esplugues de Llobregat. It was constructed by a mass of historical Montesa associated components all being welded together and suspended by two rectangular columns bearing all the names of the Montesa models manufactured.

1972: Wanting to extend its machine range to suit riders of all ages and abilities, a younger brother for the Cota 247 the Cota 123 was presented at the first Three Day Santigosa Trial in Spain. It’s quite ironic that the winner Pedro Pi won the event despite the handicap of the small capacity machine against the bigger ones of its rivals, which immediately made it a huge success with the buying public. By the close of the year, Montesa had sold 27,000 ma- chines worldwide. In the UK, it was sad news though as the original Montesa trials specialist John Brise passed away.

1973: Having been a distributor of Montesa, respected trials rider and businessman Jim Sandiford took over the importership of the Montesa off-road machines to the UK. Such was his reputation that Montesa looked on this move as a sure-re way of expanding their trials business. The Cota 247 continued to be the mainstay model and was virtually unchanged, apart from a change of frame and swinging arm colour to black was introduced. Montesa only ever made small changes to the 247 model, which was a good sales policy as owners of current models could then update their machines.

The Montesa success story continued for the Cota 247 as it took national titles in Sweden with Benny Sellman, Belgium with Jean Marie Lejeune and in Germany with Felix Krahnstover. Despite the eorts of its team riders Jaime Subira, Miquel Cirera and Pere Olle the Spanish championship would still be denied.

1974: Having first made its prototype appearance in late 1972 the new Cota 348 again appeared in early 1974 when Belgian trials ace and elder brother to eventual World Champion Eddie Lejeune, Jean-Marie, rode the machine in a competition. It was based on the Cota 247 but had an engine capacity of 306cc. Both Spaniard Francisco Paya and Britain’s Rob Shepherd were also sent prototypes to test in competition. Another new Cota was introduced, the Cota 172, which was very similar to the 123 model but came with 21” and 18” wheels to complement the bigger 153cc engine size. Ulf Karlson from Sweden also became a member of the works team.

-From Classic Trial Magazine Feb 2018
Posted by Frankie Flood at 9:39 AM