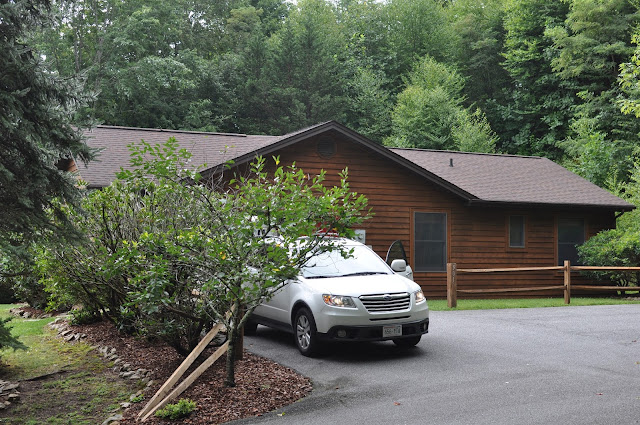 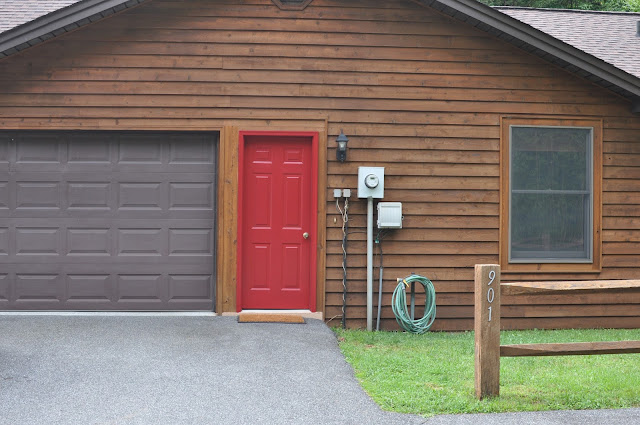 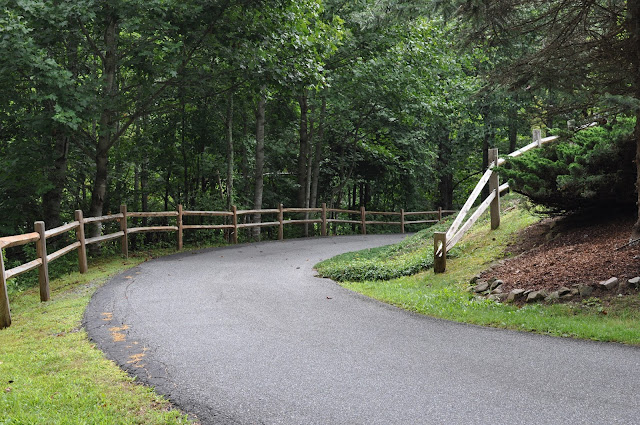 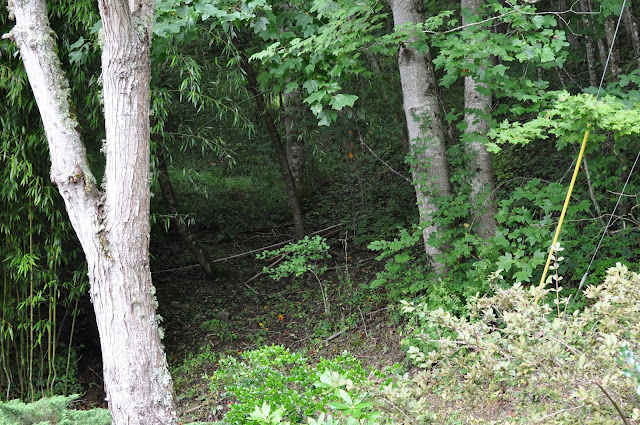 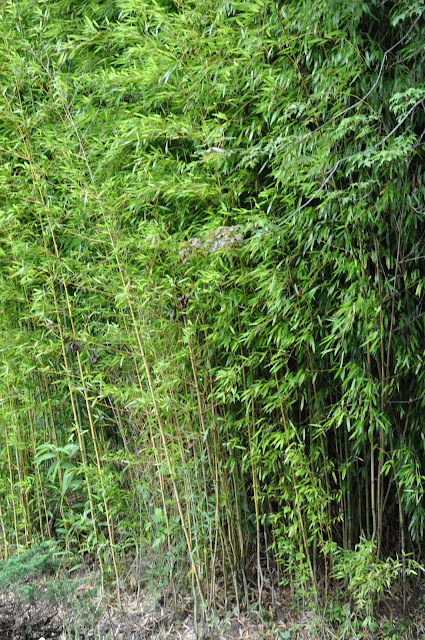 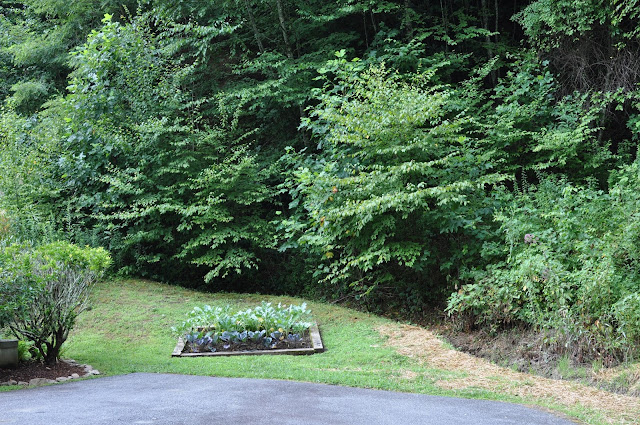 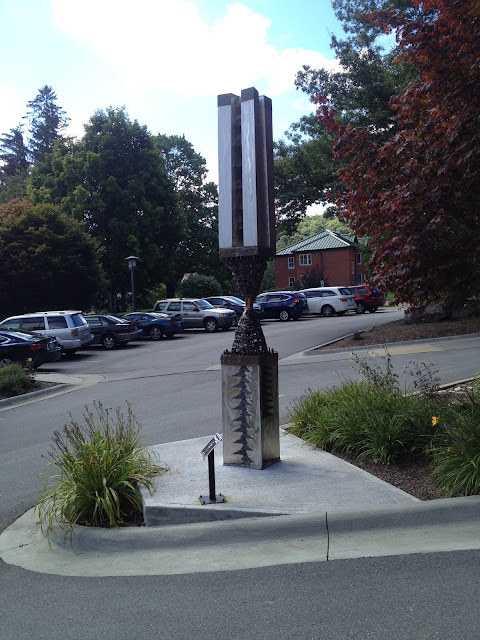 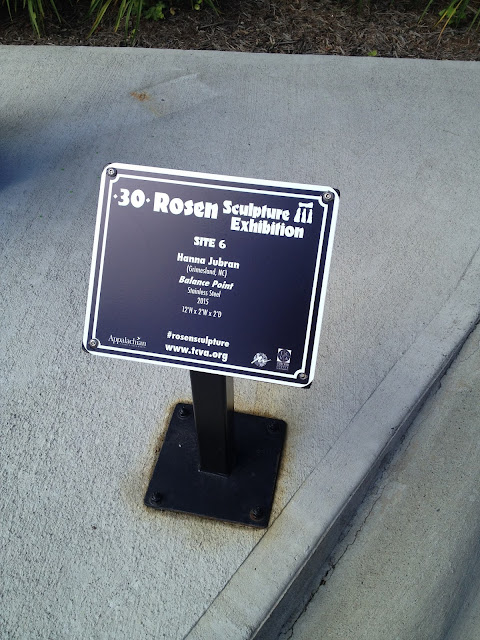 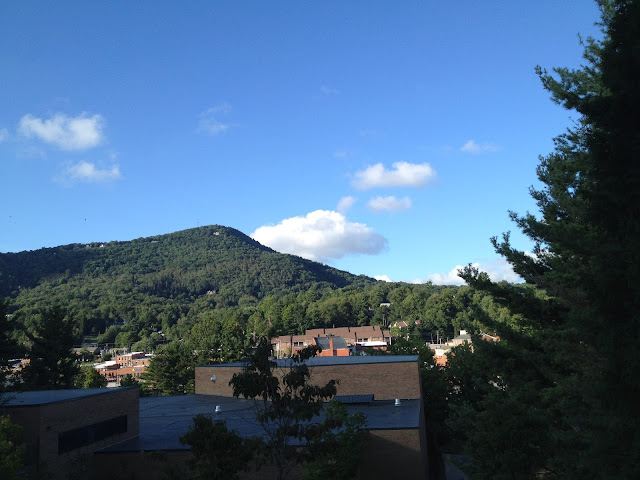 As I mentioned we started off for North Carolina on Tuesday night, then drove all day Wednesday and got back into North Carolina late that night. We drove through some nasty rain and fog through Banner Elk on our new favorite twisty road. We were exhausted once again, but it felt good to be back to our new home. The next few days we ran errands and prepared to welcome some new mattresses (which we had to carry up our drive since it was too steep for the truck) to replace the girls old worn out mattresses and our air mattress we had been sleeping on. We also were able to get our internet connection. I worked around the house putting furniture back together and trying to sort through boxes in the garage. Jill worked all day trying to reserve a rigging crew to assist with unloading the studio trailer since we were both strapped for time and I honestly didn't think I could get everything off of the truck by myself since they had double stacked things inside the trailer. She finally found a place thanks to my sister back in Illinois who had texted us a lead on a crew, as we were driving back late the night before. I met the crew leader at the studio that day so he could take a look at the studio and see what our needs would be. We would have to pay the crew overtime on Saturday, but it meant we didn't have to pay the truck to sit in Boone until Monday morning.

I went into work on Friday to collect keys as school was going to start the following week (in three days). As I was walking to the art building I spied a Sculpture that was a part of the large outdoor Sculpture show on campus. The piece reminded me of my friend Chuck Kraus and as I got closer I realized it was Hanna Jubran's work. Hanna had studied with Chuck at UWM many years ago and he taught Chuck many years later the direct carving method of mold making using bonded sand. It was a good sign.

As I walked out of work later that afternoon, I saw the beautiful scenes surrounding campus and felt grateful to be here at App State. I also found it interesting that with three days left to start school, I had only had a single one hour meeting, no multi-day, all day faculty "retreats", and very little to no email. Things just seemed a bit more relaxed for the start of a semester. That said, I was feeling a bit shaky since I was going into a studio that I was unfamiliar with (except through following Arthur's blog from a year or two back which made the experience of walking into the studio deja vu like).

My studio semi trailer was supposed to be in town Saturday morning. I got new hard drive for my laptop and was finally able to get the new OS loaded and some of my functionality back so I could work on class handouts that weekend. I felt rushed and stressed once again, but we worked through it just like we had been doing for the last few weeks. I was not sure how the studio move was going to wrap up, but was hoping for the best.

Posted by Frankie Flood at 1:40 AM