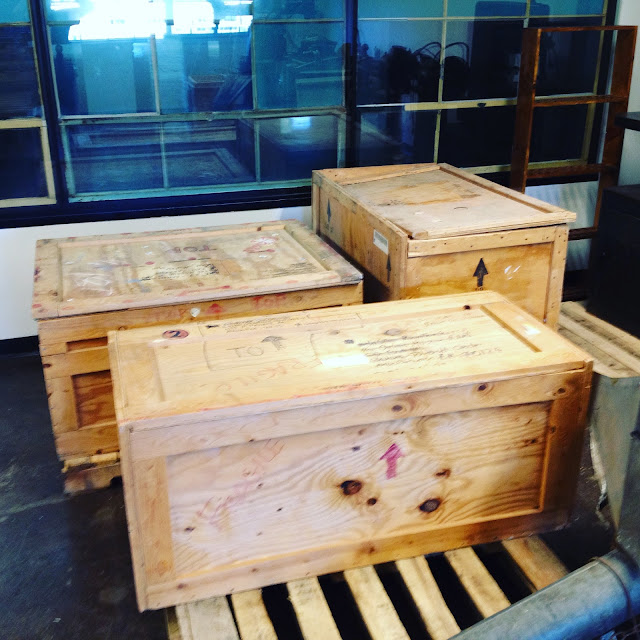 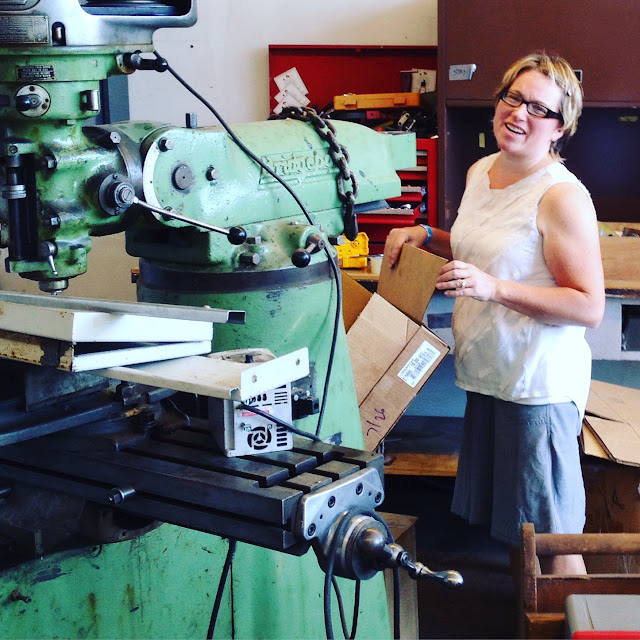 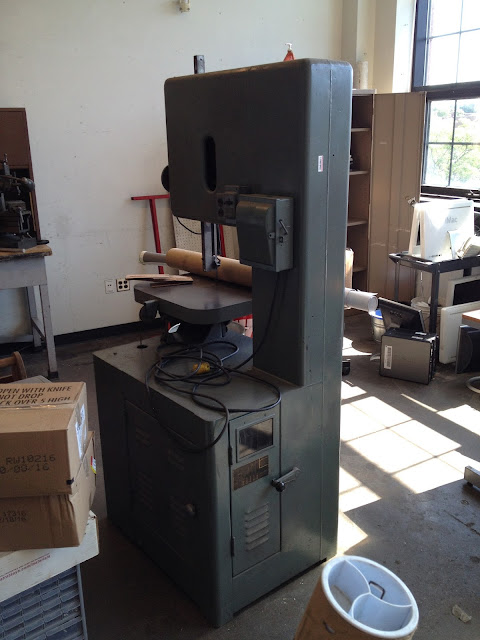 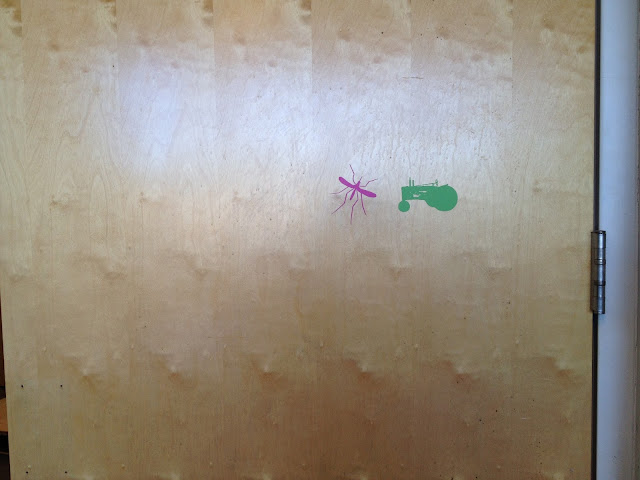 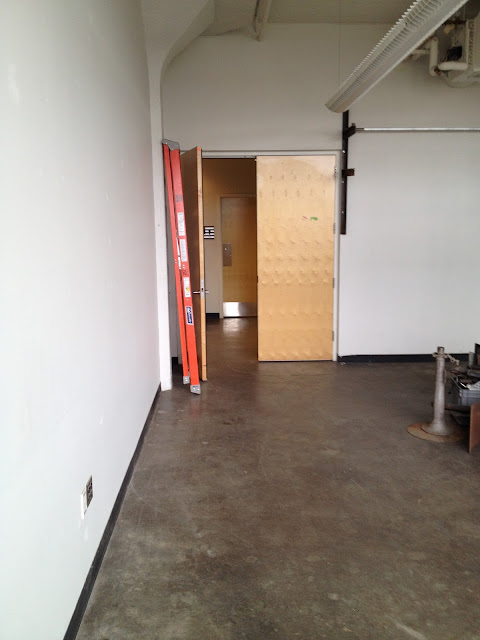 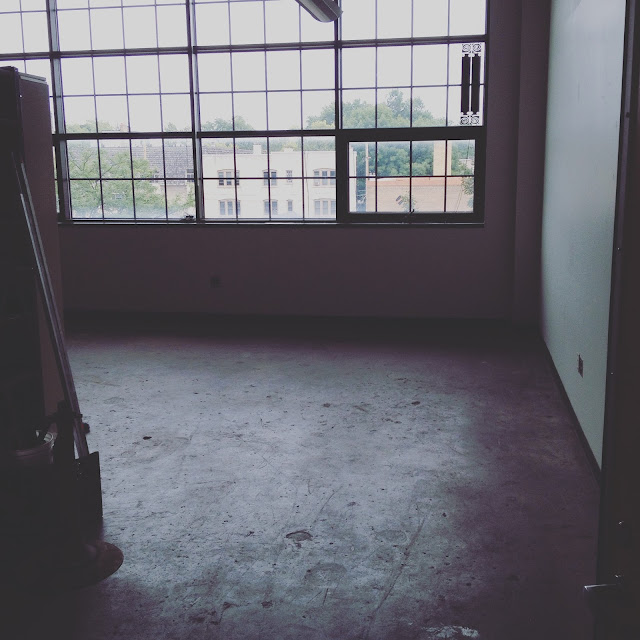 I got back into Milwaukee and started boxing the remainder of the items that I had in my studio on Sunday night. Jill and the kids stayed at the hotel and went to the pool. I worked late but still had a ton of things to do. The Bridgeport, Grob, and 13" South Bend still weren't on skids and I had a lot to box. The next morning we got up early and Jill and the kids came to the studio to help. Jill and I were more than a bit overwhelmed by what needed to be done before the movers arrived, but we buckled down and got to work. I had staged all of the skids that were loaded with equipment on the 3rd floor of the studio so when the movers arrived, they started cataloging and wrapping things for transport. The loading dock at Kenilworth necessitated that the equipment be loaded on a small panel truck (due to the loading dock incline) and then shuttled to the semi trailer location. Jill and I kept working in my studio and started to put a dent in things. She took a break with the kids as they absolutely had to entertain themselves in the DCRL the entire time. I don't know how I ever could have completed the studio move without Jill's help. For that matter, I can't imagine moving to Milwaukee in the first place without Jill. She is my foundation and never hesitates when I ask her to help me move something heavy... ok sometimes she hesitates...but for good reason.

It took all day, but the team of workers were able to get everything out of Kenilworth and over to their loading facilities. I was absolutely worn out by the end of the day, but I had to prepare my talk for my lecture at MOWA the next day and our old neighbors had invited us over and we ordered pizzas for everyone to thank them for helping us move. I was good to hang out with our neighbors and not be stressed about moving boxes or trying to figure out how to get a semi loaded. My computer had crashed so I had to make due with my old computer to prepare my lecture in the hotel that night, but honestly, I was just glad that everything was wrapping up in Milwaukee.

The next day I gave my lecture at MOWA and had a great response from people. There was a large group of people there and it was so good to see Miranda Levy who was a former UWM alum and the MOWA lecture series organizer. After the talk we went back to Milwaukee, and I patched and painted my studio walls and did some final cleaning. I stopped by my office on campus to clean pack things up there and discovered that my desk and cabinet there had already been opened up and sifted through. I collected a few of my things there and dropped of my keys with the Chair of the Department.

All of this felt rushed, but by this point I was exhausted anyway and frankly didn't care. After talking to the Chair and hearing about the changes that were taking place in the School and Department, I realized even more fully how Jill and I had made the right decision. I had received some emails and phone calls from some people the week before that confirmed the negativity and two sided nature that graduate and undergraduate students alluded to before I had decided to leave. It was obvious that to me that this was, in fact, the kind of activity that had caused some students to leave the program and for some of the undergraduates to loath being in a studio environment such as this.

Jill and I drove out of the city with the kids that night and it hit me hard that we were not coming back to the place that we had brought our one year old son to 11 years ago and that our daughters who were born here might not remember all of the good times we had here during those first several years. That said, I felt like we were making the right move for the right reasons and that our lives would possibly become a bit less stressful, a bit more positive, and that I would be able to return to the things that matter most in my life.

Posted by Frankie Flood at 1:09 AM